Who is Jules Poulain?

A member of our association bought, in the United States, a drawing by Pierre Edouard Frère representing a witch scaring a young woman. It was obviously an illustration for a book. On the back, there was a long text that was difficult to decipher, including the name of Dartmoor, followed by the mention « Jules Poulain – Present from Mr Edouard Frère – 1852« .
After a few minutes of attention, we discovered that it was an excerpt from the book « Dartmoor or the two sisters, scenes of English life« , written by Jules Poulain (1789-1878), which our buyer purchased. Disillusionment: no illustration in the book!

Our buyer, intrigued and eager to know more, contacted a local journalist from La Voix du Nord who had written a short article on this famous Jules Poulain, politician, writer and poet at times. He was appointed municipal councilor of Desvres from 1821 to 1825. During the revolution of 1848 he was sent as a representative of the territory to the National Assembly and then elected mayor of his city from 1855 to 1857. This was too little to establish a link with Pierre Edouard Frère.

That’s why our story of the month is an appeal to your detective skills. Help us to find out what the relationship between this writer and our painter or his wife, born in Boulogne-Sur-Mer, near Desvres, could have been. We are in the dark and have no news of the northern journalist!
We are counting on you! 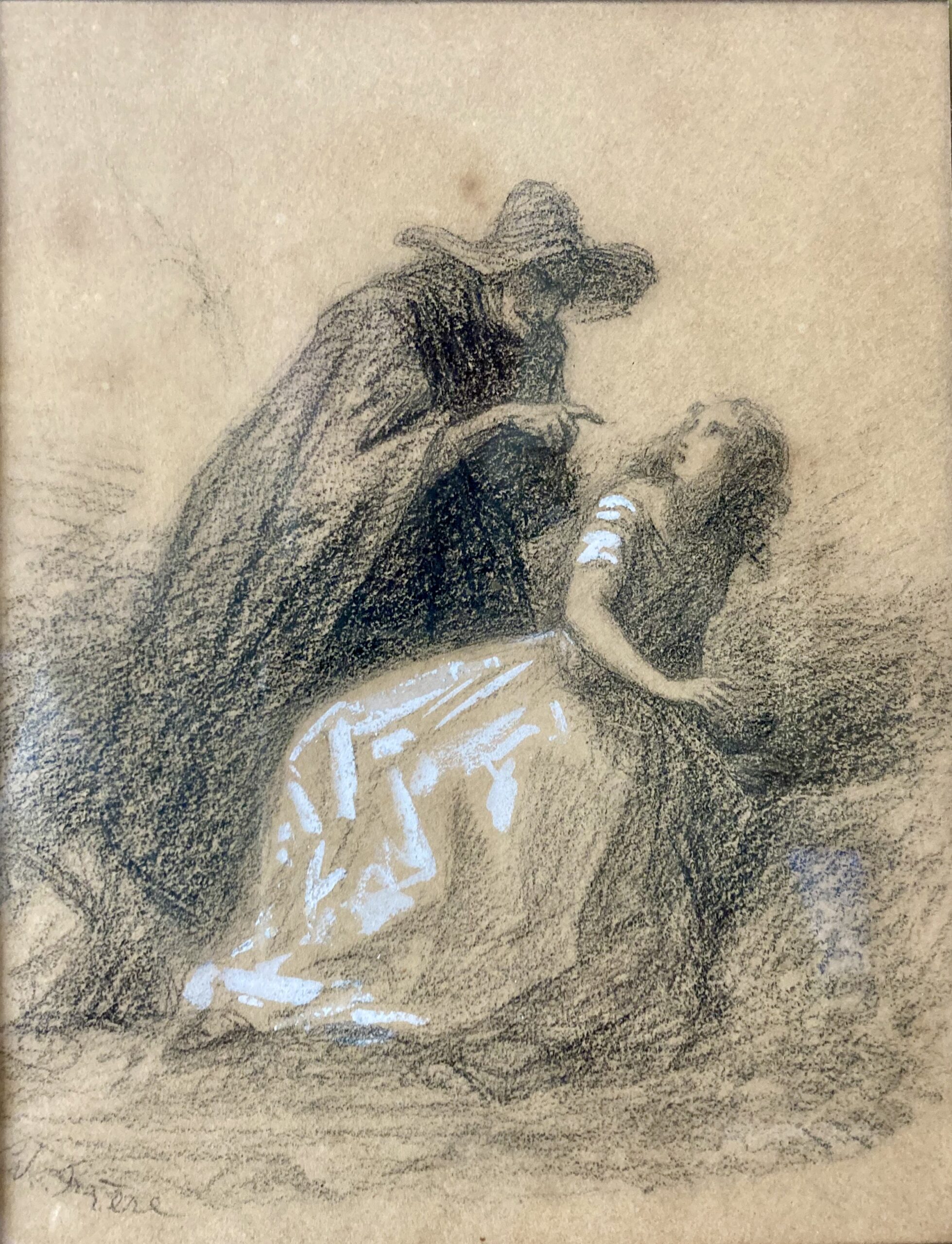 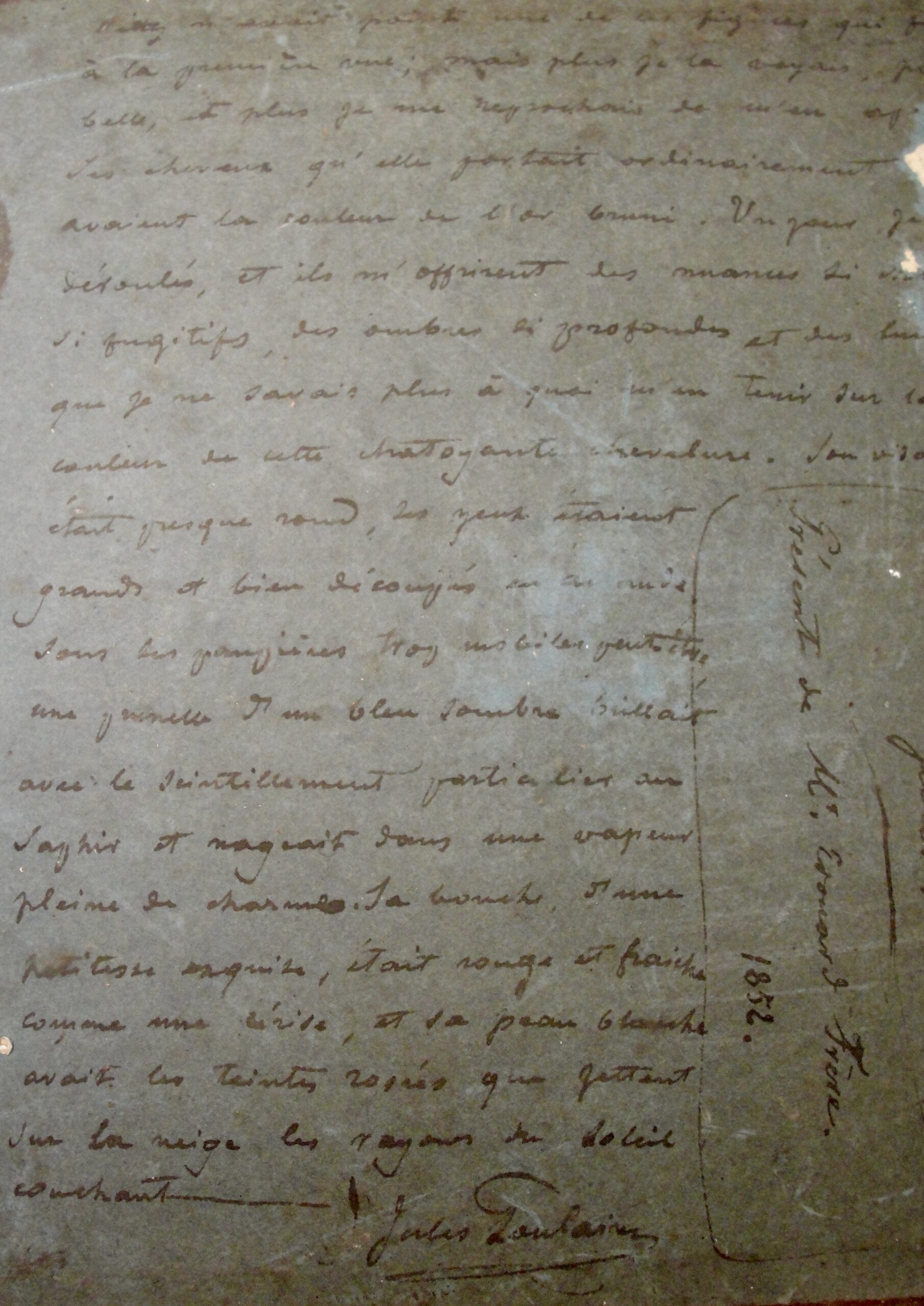 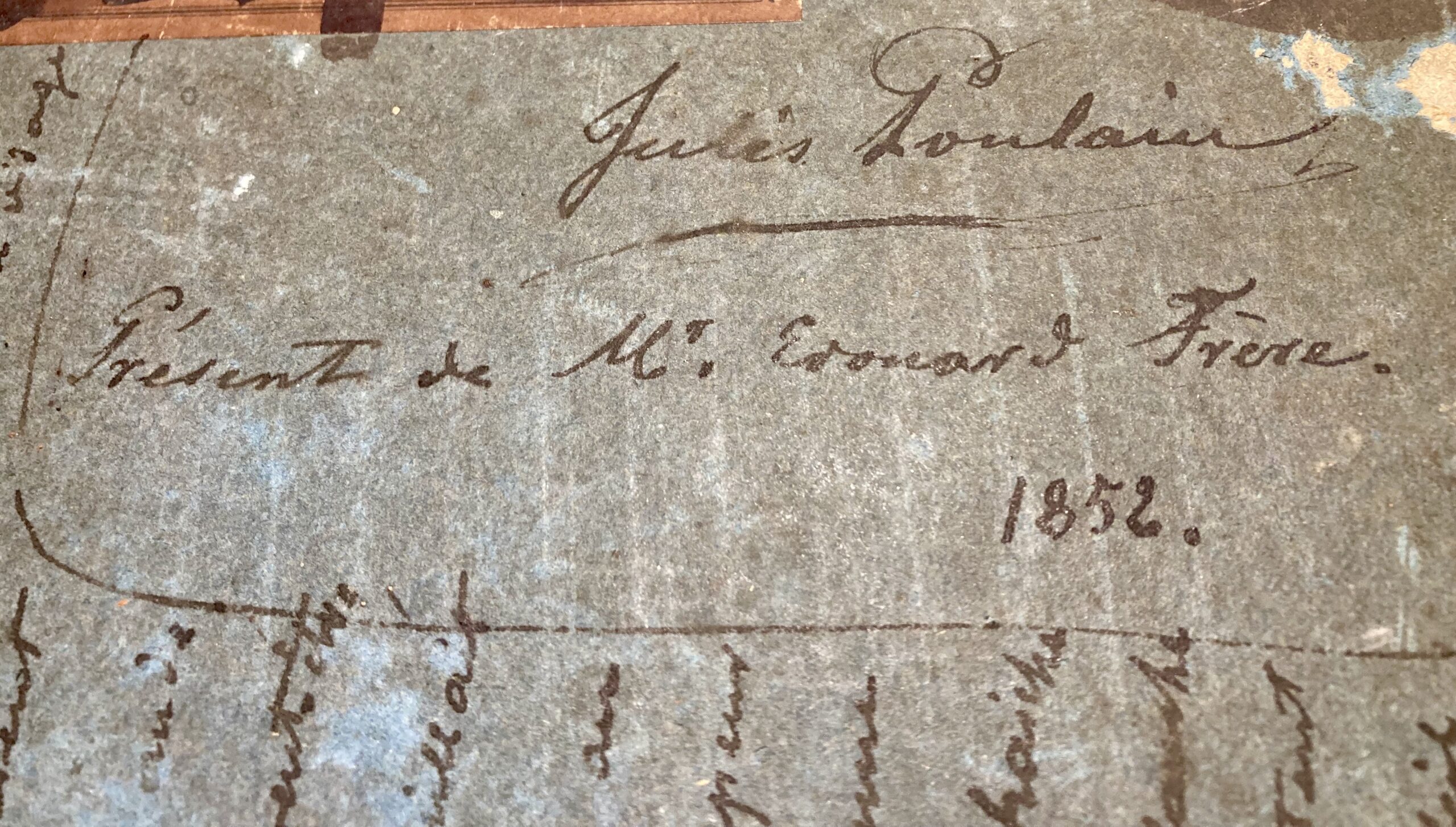 Painters of the streets, streets of the painters

Ecouen has kept and still keeps the names of our painters for its streets:

Edouard Frère street runs down the length of the cemetery. A resistant, Jacques Yvon, occupies most of this street today. In the past, it started from the Place Le Vacher, which was also called « Place Edouard Frère ».

Auguste Schenck street owes its name to his widow, who obtained it in exchange for two paintings offered to the municipal art gallery. No more rue de la Beauvette!

Paul Lorillon was the son of the painter Jules Paulin Lorillon. A donation to the municipality made the street of Ezanville forgotten.

Paul Seignac, after having had the honor of giving his name to the street where he lived (Colette Rousset today), now occupies only a small piece of road towards rue Foch.

As for Paul Soyer, his street disappeared after the death of Mireille Zoude at the Liberation, victim of a German bullet. It was not far from his statue which stood in the courtyard of the old schools, now rue Aristide Briand. It was transported to the Tourelles manor when the Tourist Office was installed, on the way up to the castle. Even better than a street name, isn’t it?

But Léon Dansaert, who was mayor, is missing! An oversight to be repaired! 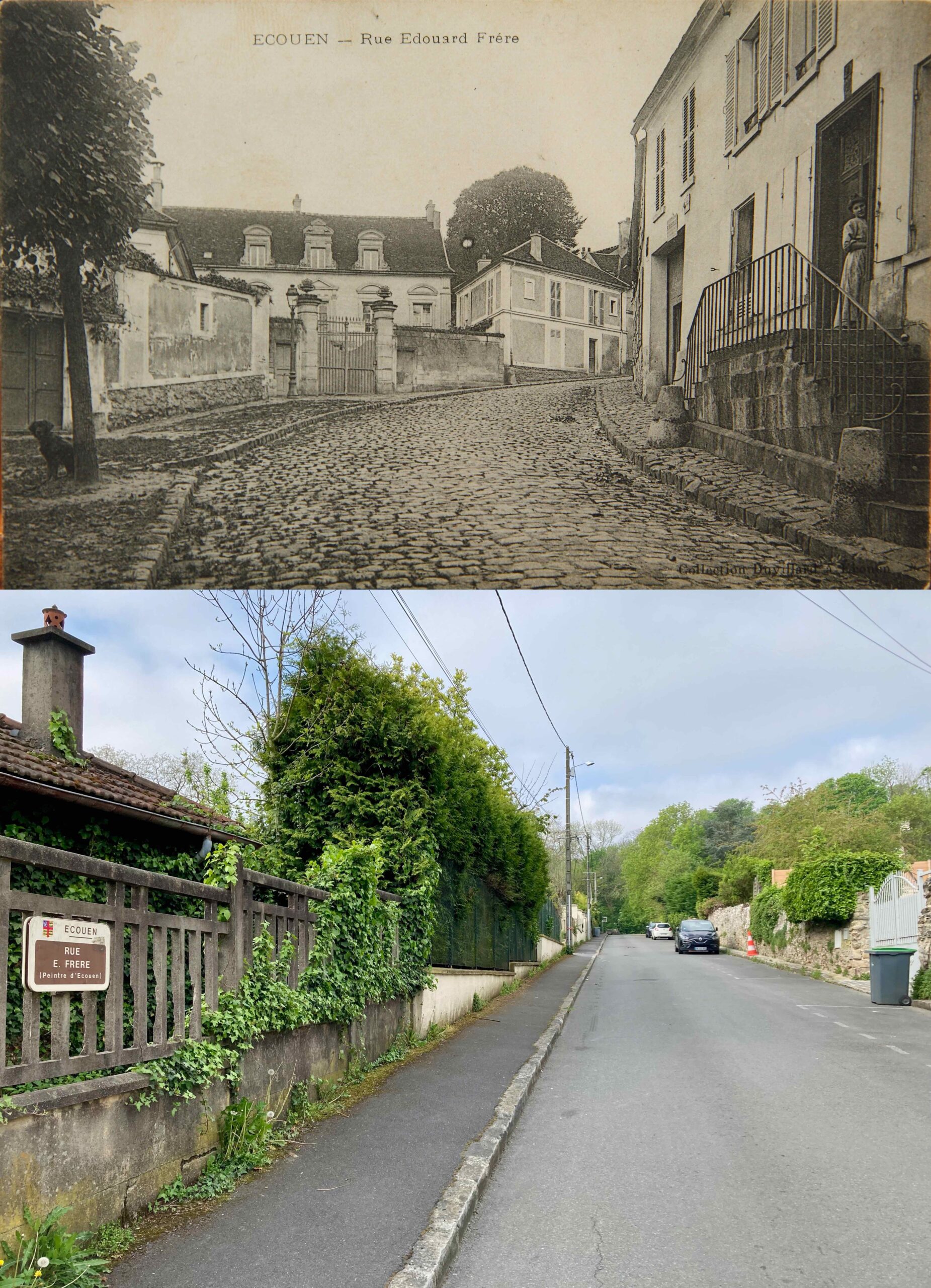 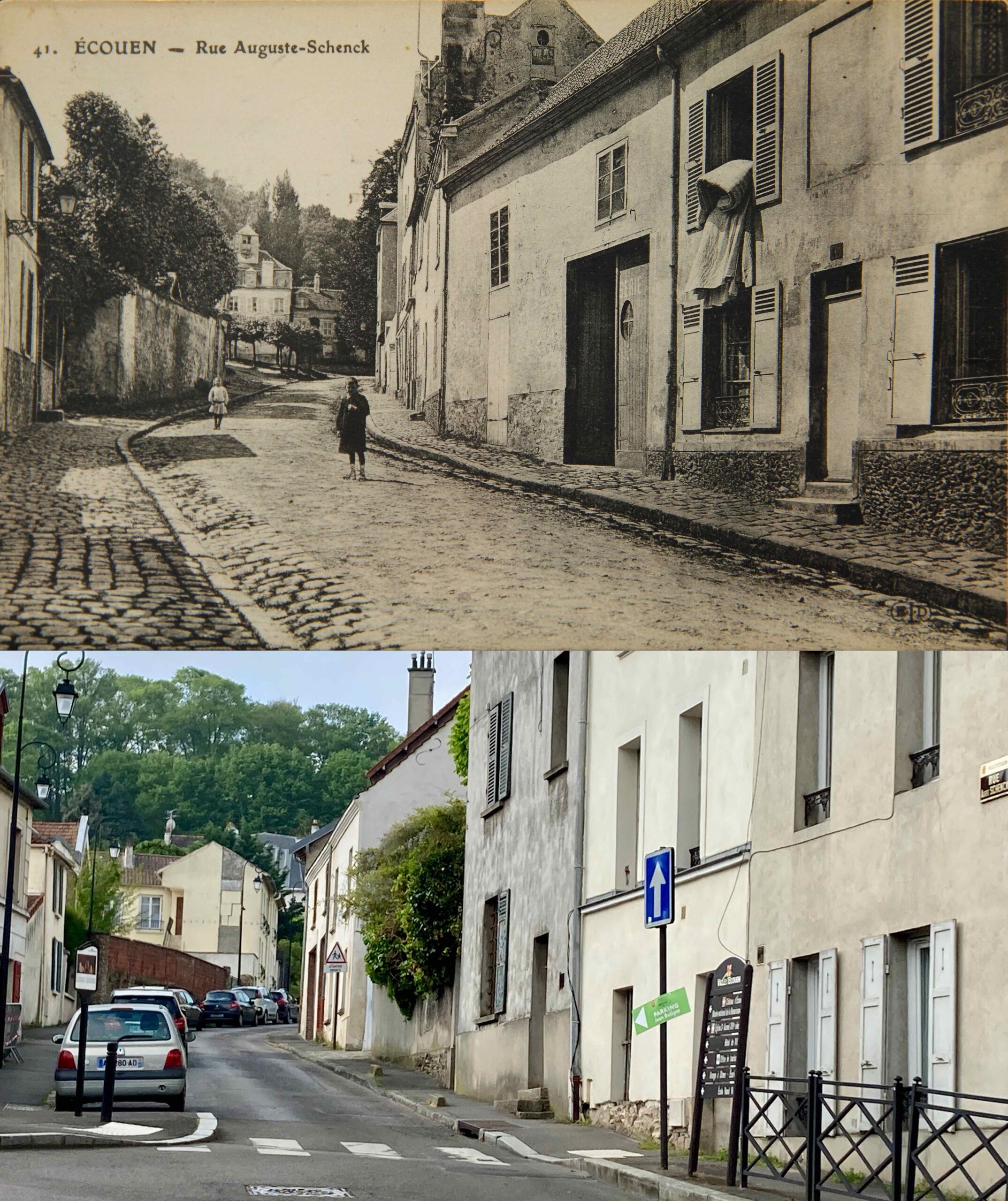 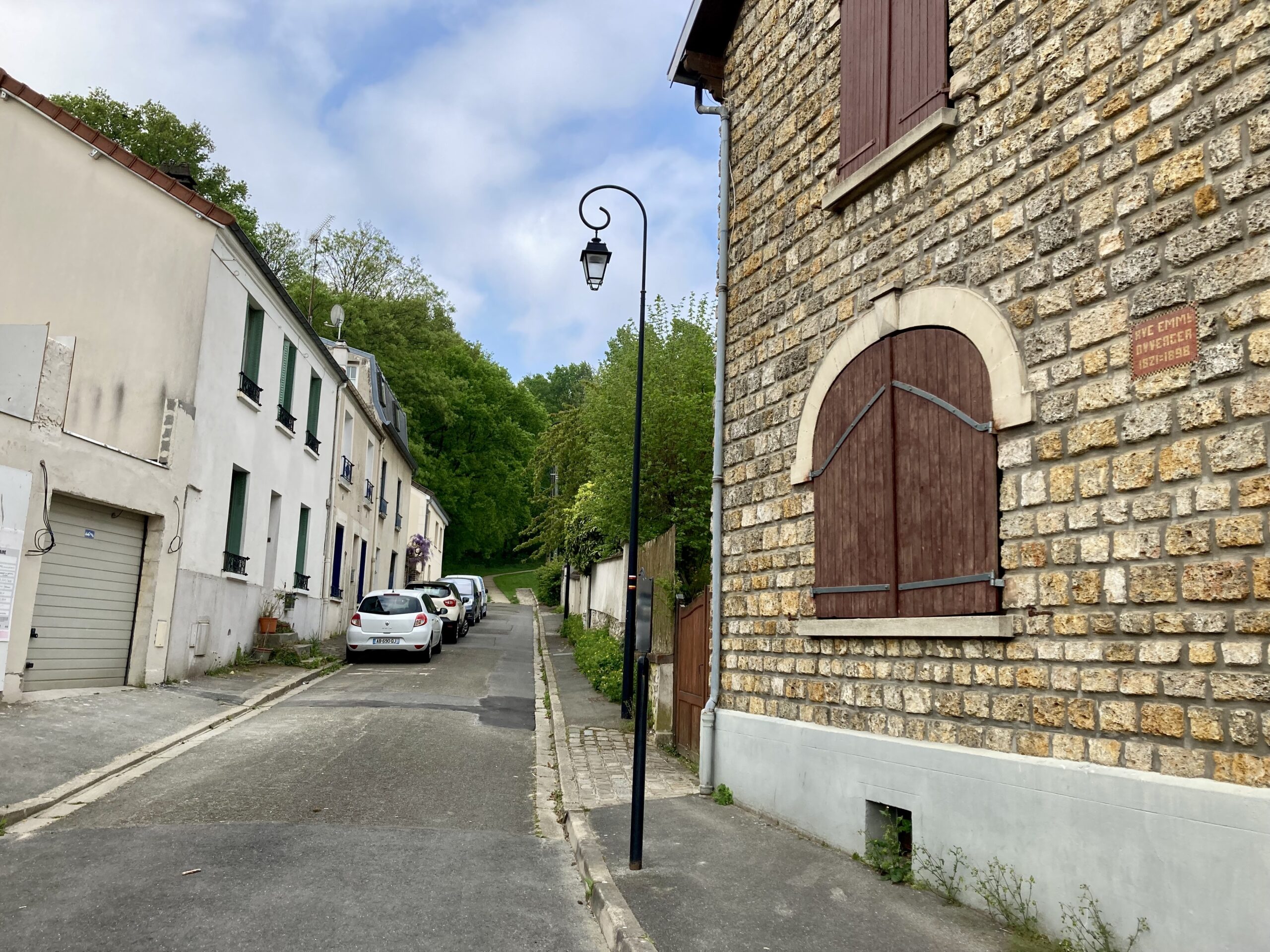 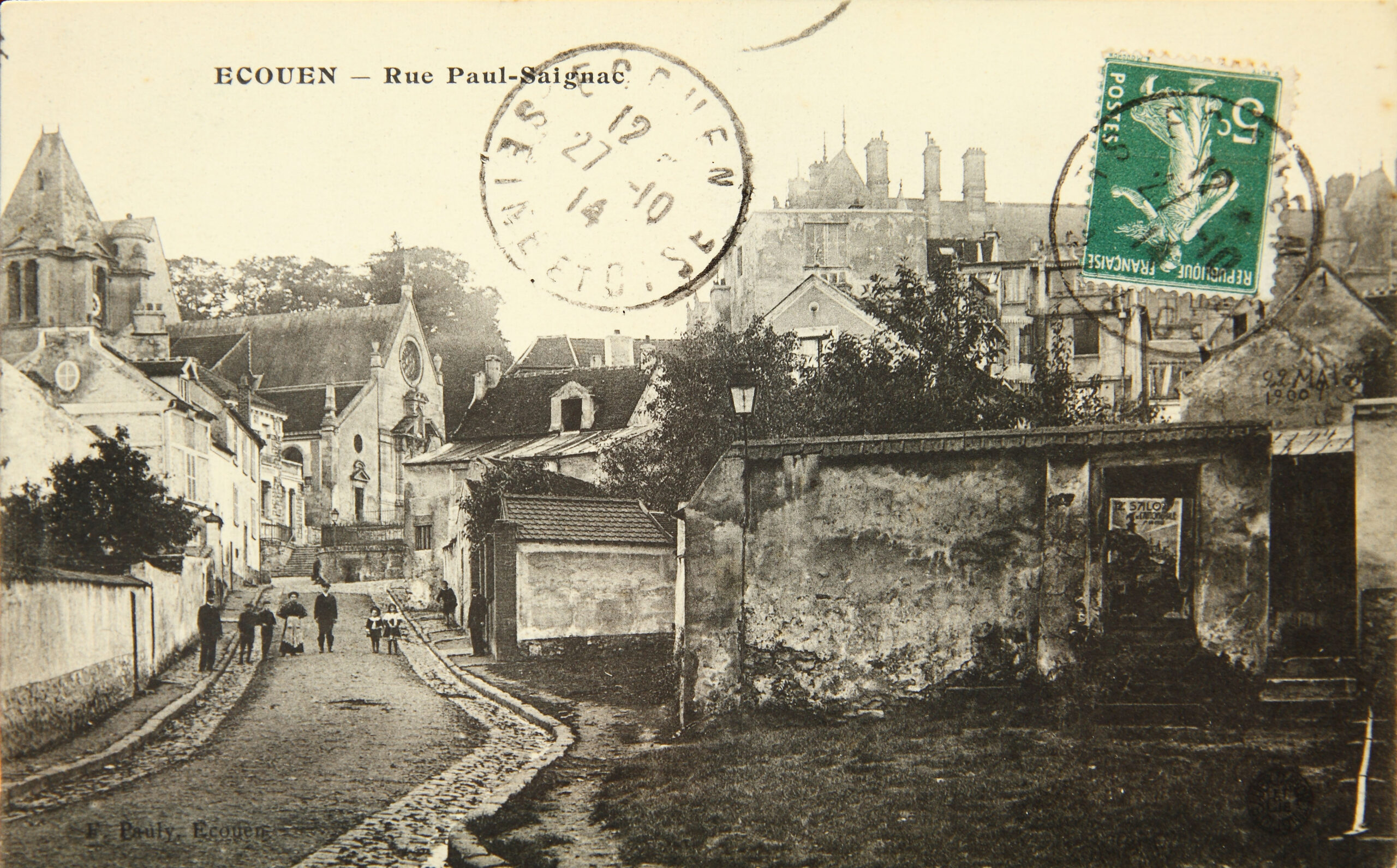 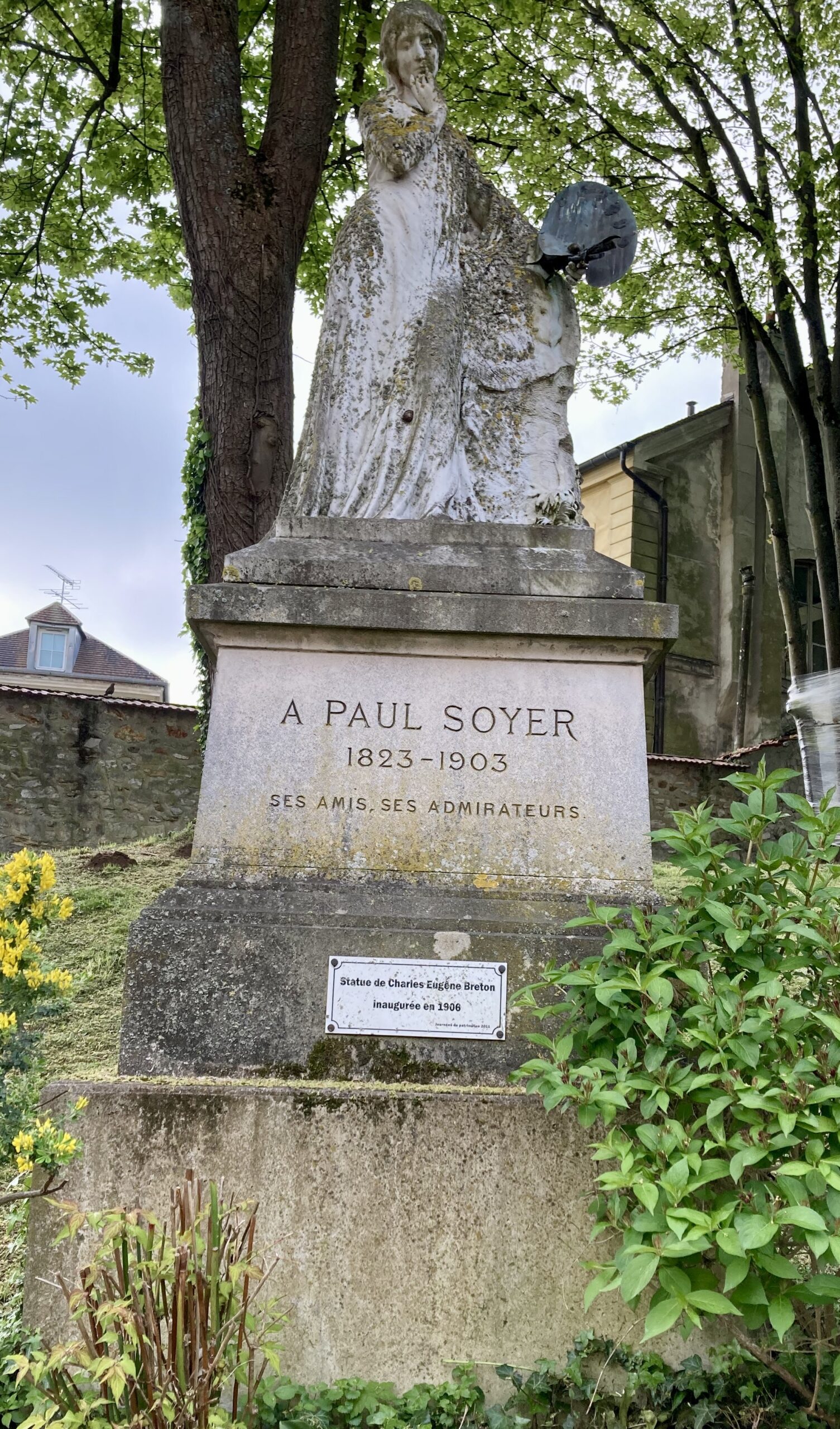 On the occasion of the Women’s Day, the municipality of Ecouen had the very good idea to paint in different places of the city the portraits of female personalities who have marked the town, in addition to photos of women of today.
We proposed two painters from our 19th century Ecouen School: Léonide Bourges, of whom we have just acquired a nice little painting (see our website) and Mary Cassatt, who made her debut with Pierre Edouard Frère and Paul Soyer in Ecouen. They were young then!
An excellent idea, which is also a mark of recognition for our association. 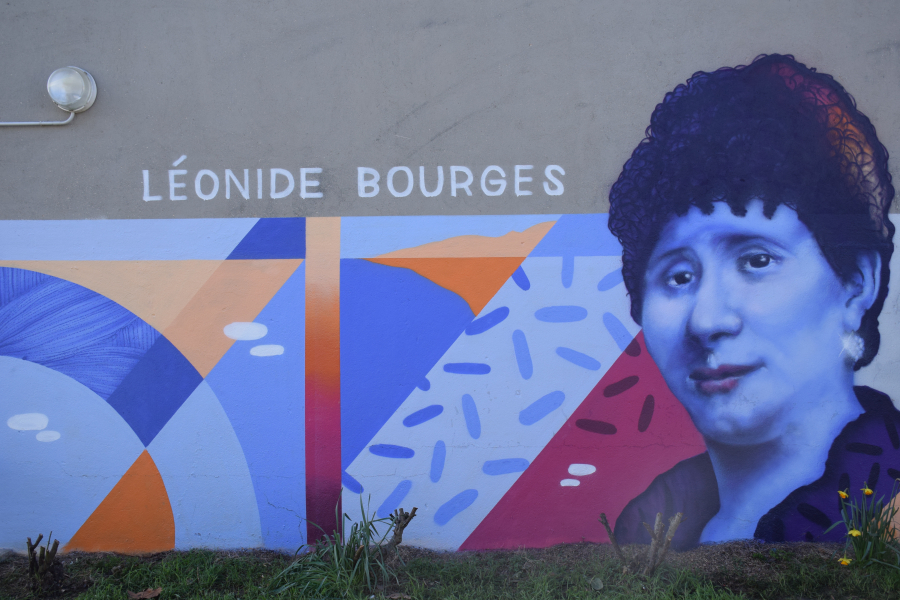 Léonide Bourges (1838-1909)
She came to take painting classes with Pierre Edouard Frère in Ecouen, where she was reported with her parents in 1850. She remained there until 1873. Two years earlier, she met Charles Daubigny, whom she joined in Auvers-sur-Oise. From then on, she abandoned genre painting for landscape. We owe her a set of etchings dedicated to Daubigny. She is buried not far from van Gogh. 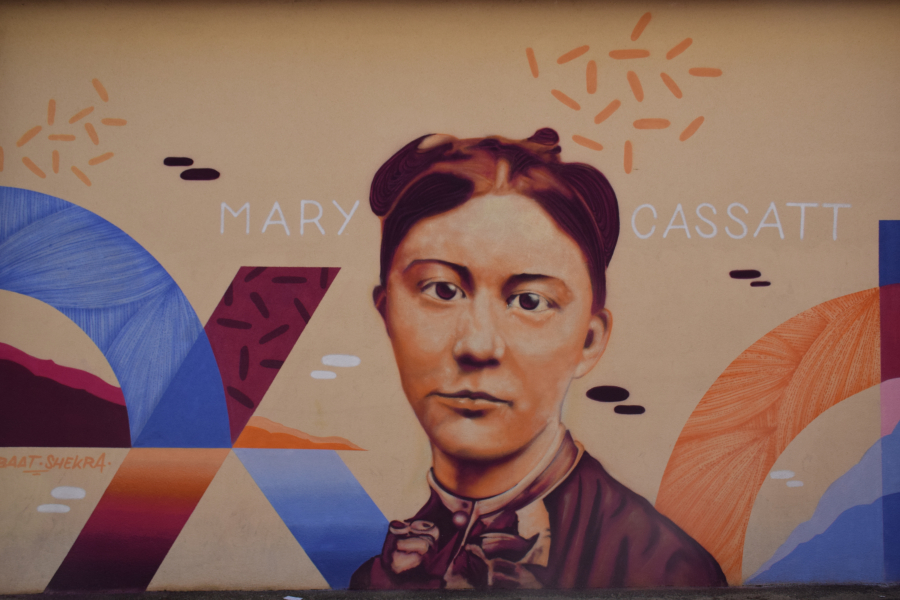 Mary Cassatt (1844-1926)
She arrived in Paris in 1851, after a tour of Europe, and chose Ecouen in 1867, with paul soyer as her teacher, to perfect her skills. It was there that she painted the picture « La Jeune fille à la mandoline » which opened the doors of the Paris Salon to her. Her meetings with Edgar Degas and his friends will influence her artistic career: she will become the greatest American impressionist painter. But she will remain faithful to France, since she is buried in the Oise.