James Crawford Thom studied with the Perth Amboy artists Colony and, in 1853, at the National Academy. He went to France with Corot and stayed in Ecouen with his brother Boston Crawford Thom at 13 rue de Paris (Paris street). In the local 1861 census, he was registered as Croquefort (misinterpreted from Crawford) meaning “crunch hard” in French. His paintings showing children playing in the snow were under a large influence of Pierre Edouard Frère. One of his paintings is called “Study at Ecouen”. The genre painting is clearly present in “Feeding the ducks” and “Circus scene”.
From 1864 to 1873, he worked in England, including the Royal Academy. His landscape paintings are showing the influence of the second generation of the Hudson school.

From 1884 to his death, James Crawford Thom lived in Old Bridge, NJ. He died of pneumonia in Atlantic Highlands, NJ. He is buried in the Thom family plot in the Old Bridge Cemetery. 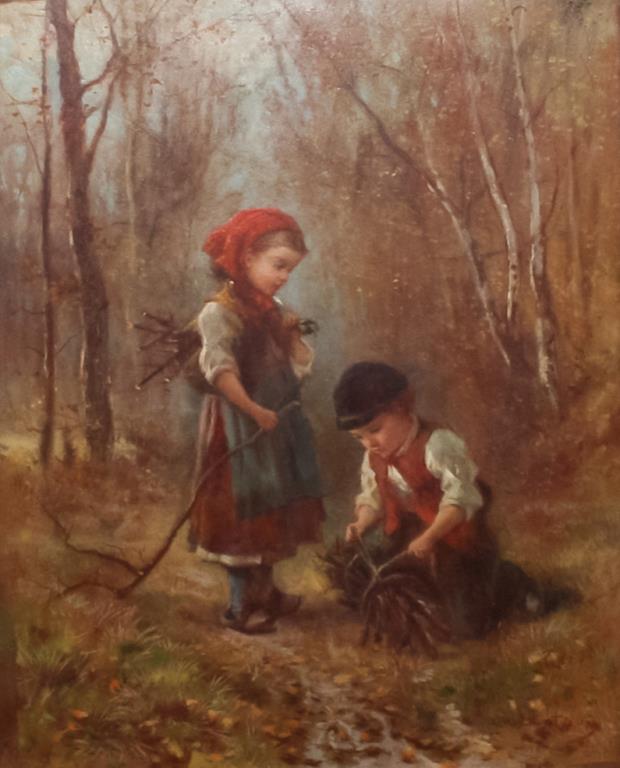 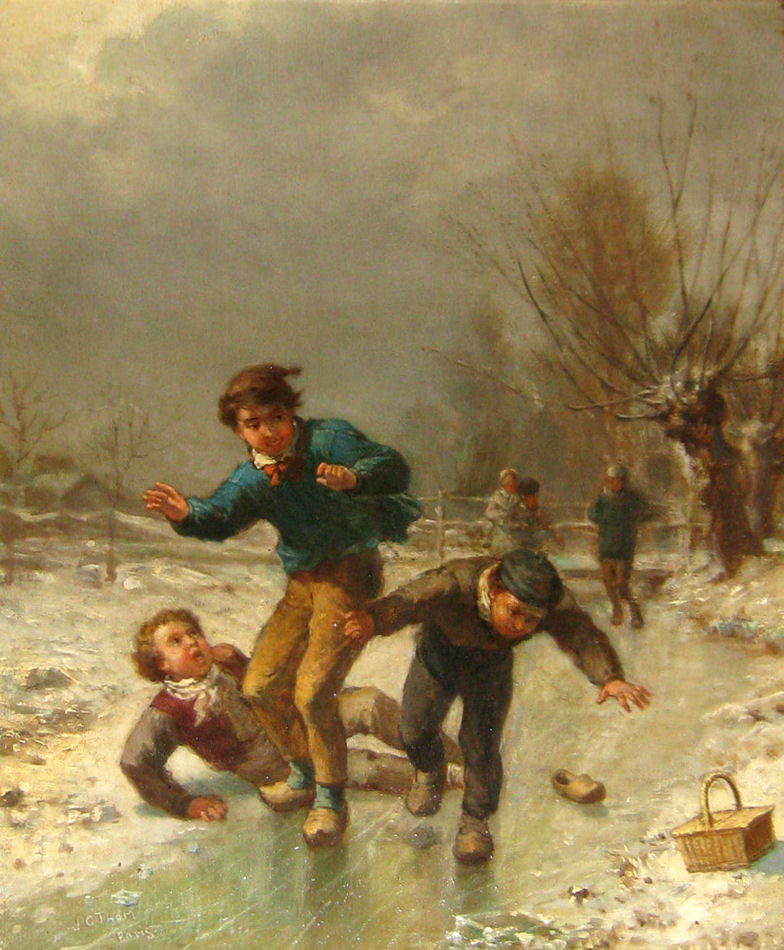