Gustave Fraipont was a student of Henri Hendrickx (1817-1897 ?).
After the war of 1870, in which he participated on the French side, he was naturalized French.
He made his debut at the Paris Salon in 1877 with lithographs and received a medal in 1882.
Residing in Paris, he exhibited at the Salon des Artistes Français in 1882, then at all the salons from 1896 to 1910.
From 1883, Gustave Fraipont specialized in the art of watercolor.
Gustave Fraipont was a drawing teacher at the educational institutions of the Legion of Honor in Écouen and Saint-Denis. He is credited with, among other things, an interesting painting of the castle of Écouen.
Gustave Fraipont worked as an illustrator of books and musical scores. He produced numerous posters for the western and northern railroad companies and for several theatres. He collaborates with many newspapers and magazines, in particular Le courrier Français and Paris illustré. He executed an important series of drawings for the Maggi collection and drawings on the old Paris and the Seine-et-Oise. For the magazine L’illustration, he created several compositions on monuments damaged by the war.
Gustave Fraipont is also a writer. He wrote treatises on the different drawing techniques for everyone’s use where he distinguished himself by the quality of his writing and the clarity of his explanations. He also published books for children. Between 1894 and 1904, he illustrated many books about the mountains of France.
Rarely has an artist built his reputation in so many different fields.
In 1896, he was named Chevalier de la Légion d’Honneur and, in 1905, painter of the Navy. The painters of the navy have the privilege to add a naval anchor to their signature.
It is likely that as a drawing teacher at the Maison d’Écouen, he was in contact with the artists of the Colonie des peintres. 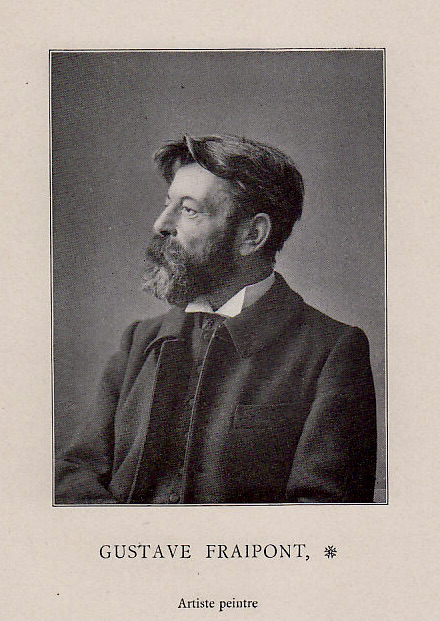 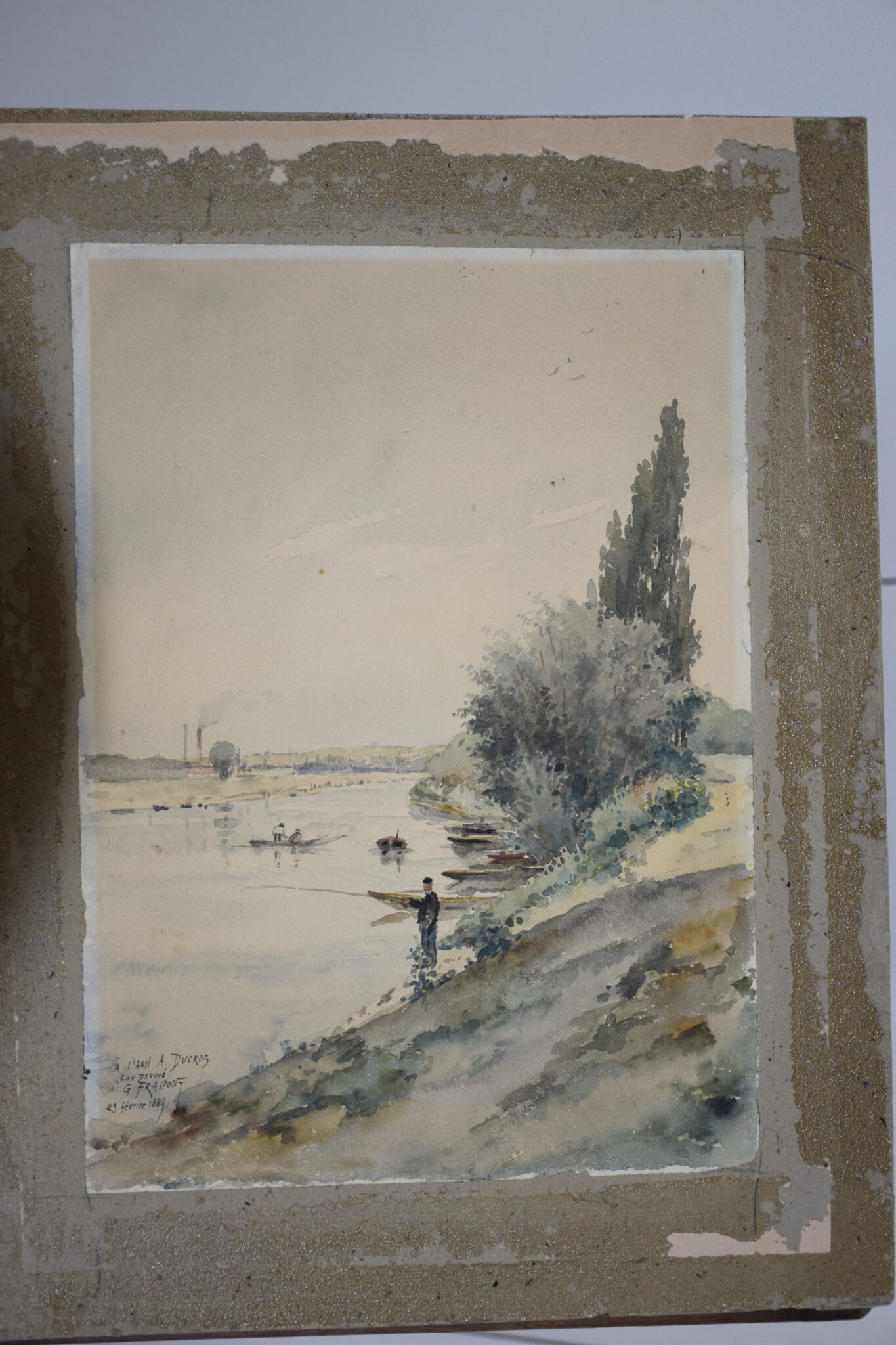 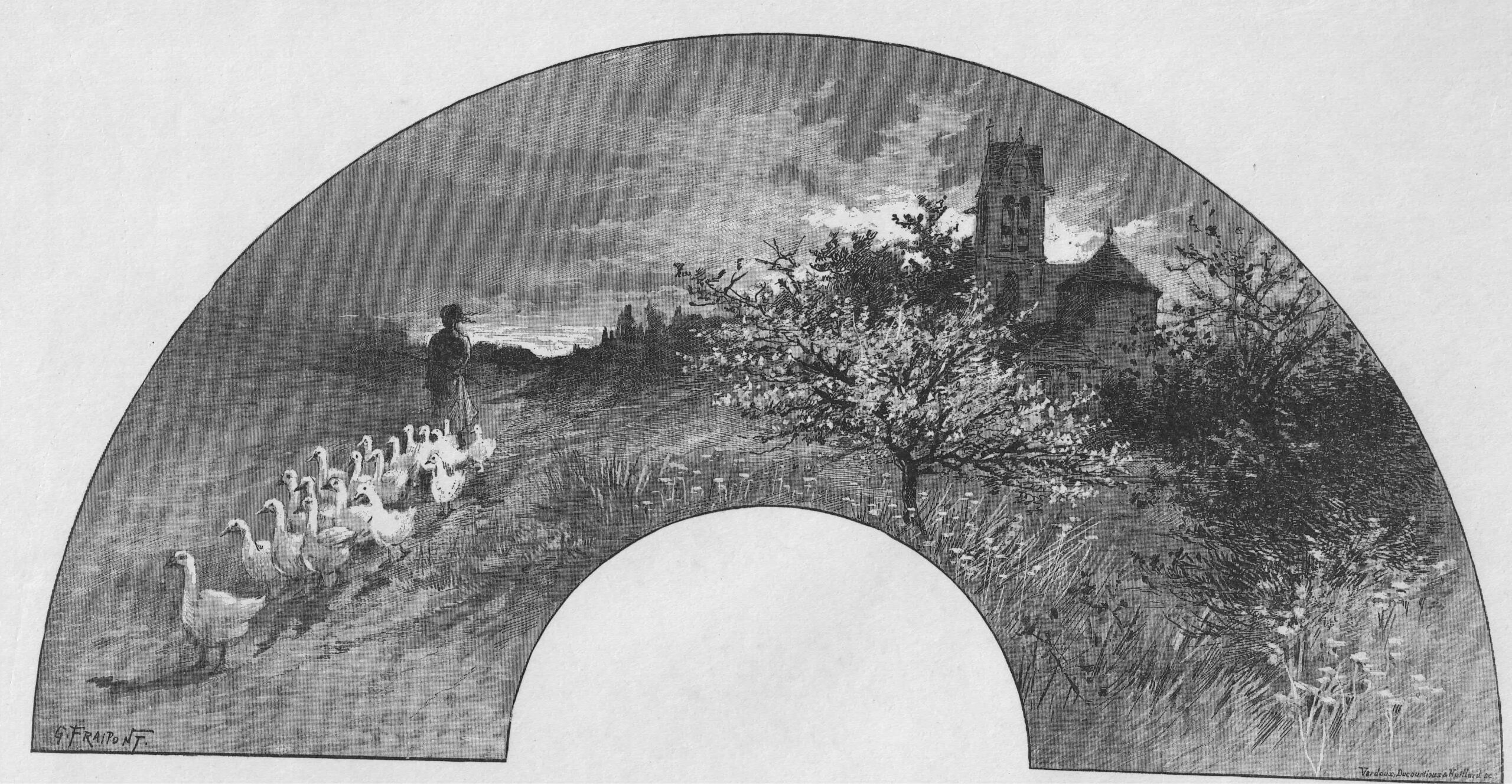 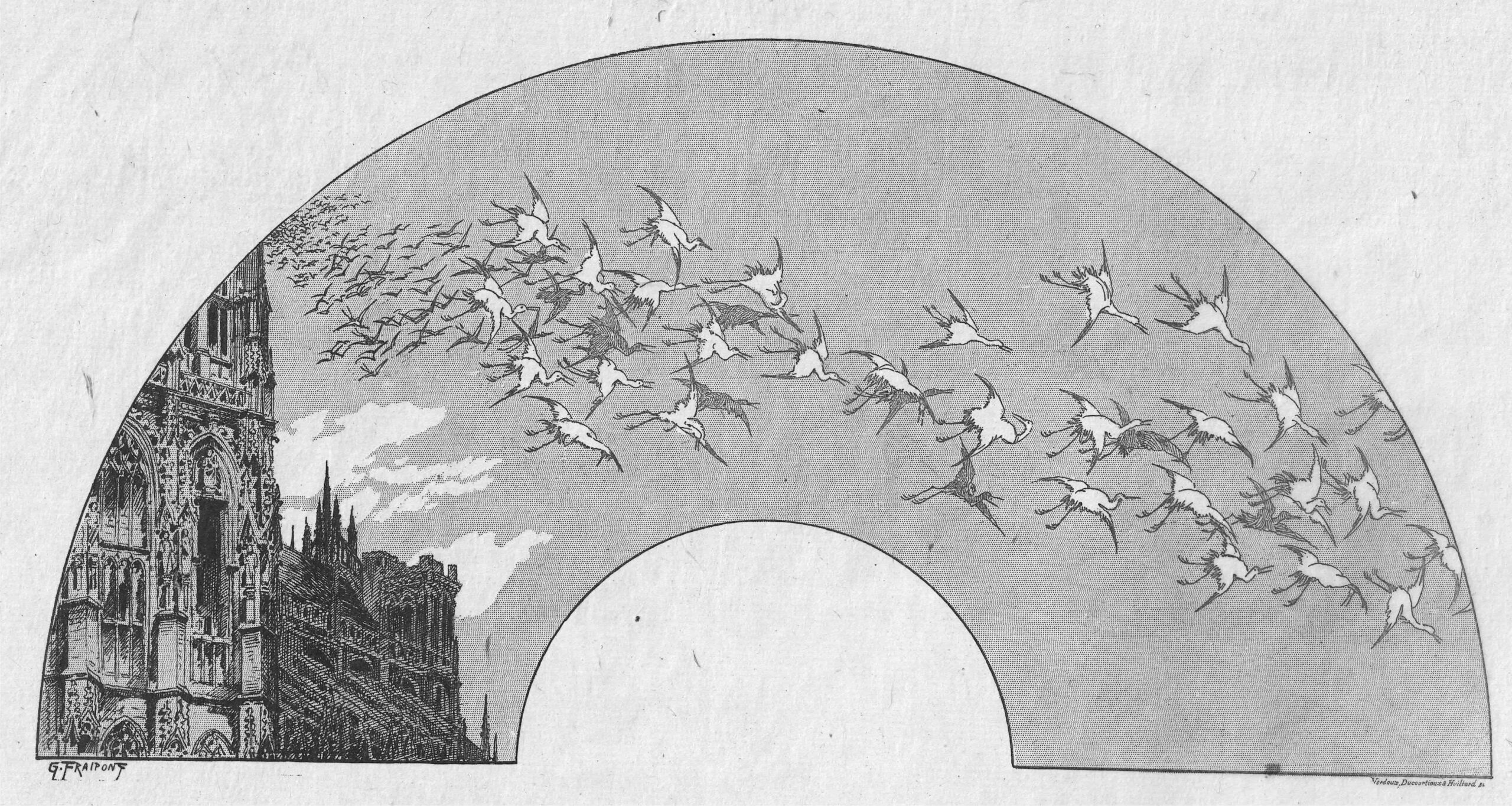