Gustave Fraipont was a student of Henri Hendrickx (1817-1897 ?). After the1870 war, where he participated being on the French side, the French nationality was awarded to him.
He begun his career exhibiting some printings at the 1977 salon de Paris. He got a mention in 1882.
Established in Paris, he exhibited at the 1882 French Artists show and, later on, every year from 1896 to 1910.
As soon as 1883, Gustave Fraipont switched to watercolor art.

Gustave Fraipont was art professor at the Légion d’Honneur Education House of Ecouen and Saint-Denis. He did, at that time, an interesting painting of the Ecouen castle.

As a book illustrator, Gustave Fraipont did a lot of work for, as example, the famous “Les lettres de mon Moulin”, “Les contes de Perrault” and “Robinson Crusoé” and some music booklets. He did a lot of posters for the Western and the Northern French railroad companies as well as some theaters. He worked with numerous newspapers and magazines, specially “Le courier Français” and “Paris illustré”. He did a lot of advertizing printings for the Maggi food Company and some drawings of the old Paris and the “Seine & Oise” (Paris suburbs). For the magazine “Illustration”, he did several drawings showing monuments damaged by the war.

Gustave Fraipont was also a writer. He wrote books on “the drawings technique for everybody”, remarkable for the quality of his writing and his easy to understand explanations. He published children books, like “André le meunier” (Andrew the miller) and “Yves le Marin” (Yves the sailor). From 1894 to 1904, he illustrated a lot of books concerning mountains of France, like: Vosges, Jura, Auvergne, Alpes, etc.
Very few artists like Gustave Fraipont built their fame on such a diversified field of actions.

In 1896, he is awarded “Chevalier de la Légion d’Honneur” (the highest French medal) and, in 1905, is appointed “Peintre de la Marine” (Painter of the Marine Corps). Marine painters have the privilege to add a marine anchor next to their signature.

It is usually understood that, being art professor in the Ecouen School, he has been in touch with the members of the Painters Colony. 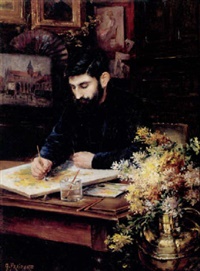 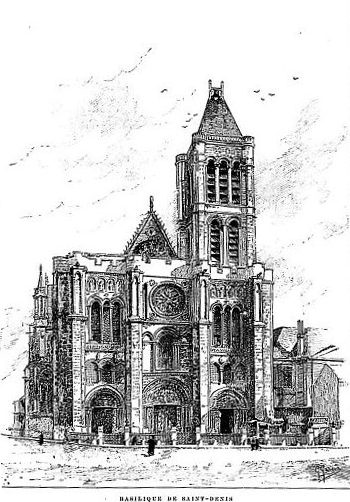 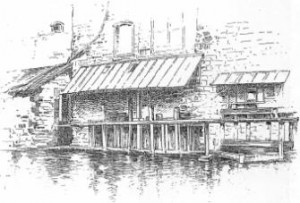 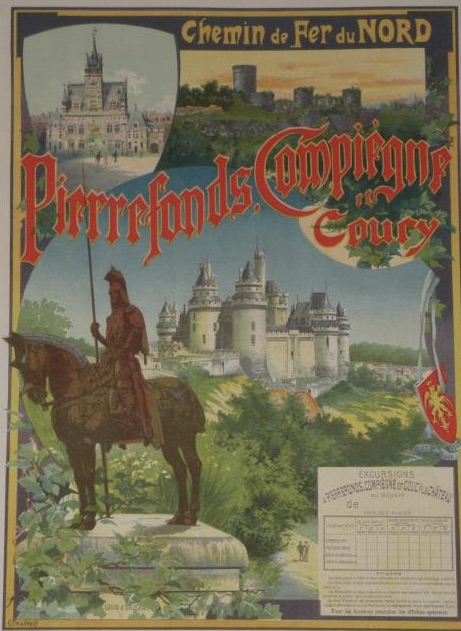