Charles Edouard Frere is the son of Pierre Edouard Frère and Suzanne Gabrielle Bosquet. He is then the nephew of Théodore Frère (1814-1888) called the “Orientalist”.

Charles Edouard Frere was part of the Paris exhibitions from 1861 to 1893 where he got two Second class medals. He specialized himself in painting landscapes, village views and horses, showing them in all attitudes, specially in shoeing-smith workshops. His paintings are a mine of information concerning shoeing-smith technique.

On January 8th 1874, he drew a wedding contract, bringing six paintings, a house located at the angle of “rue du château” (Castle street) and “rue de la Beauvette” (Beauvette street) and a second one located “ruelle du Frou” (Frou lane). His wife brings a trousseau worth of 12000 F and an annuity. On January 20th 1874, he marries Giulia Augustina Maria Robecchi, born in December 3rd 1855 in Paris, daughter of Henry Robecchi, designer and artist painter, and Geromina Peviani, living in Paris. They had three children, a son Gabriel, becoming a drama author, and two daughter, both being dead very young. The Godfathers were Duverger and Schenck.

Pierre Edouard Frere and Suzanne Gabrielle Bosquet made a donation, to their son, of a piece of wooden land to be taken away from the back of their own property. Charles Edouard Frere built there a large house of nine rooms plus a workshop. By contract, the only divided from his parents property should not be more than a small hedge.

In 1879, Charles Edouard Frere is elected at the Ecouen City council. His father resigned from it at that time.

In 1894, coming back from an “on site” work close to the Village of Ecouen, Charles Edouard Frere felt down from a horse-cart running full speed. His death is the key event inducing the end of the Ecouen School of painters.

A beautiful Frere and Robecchi family monument can be seen close to the Ecouen cemetery entrance. 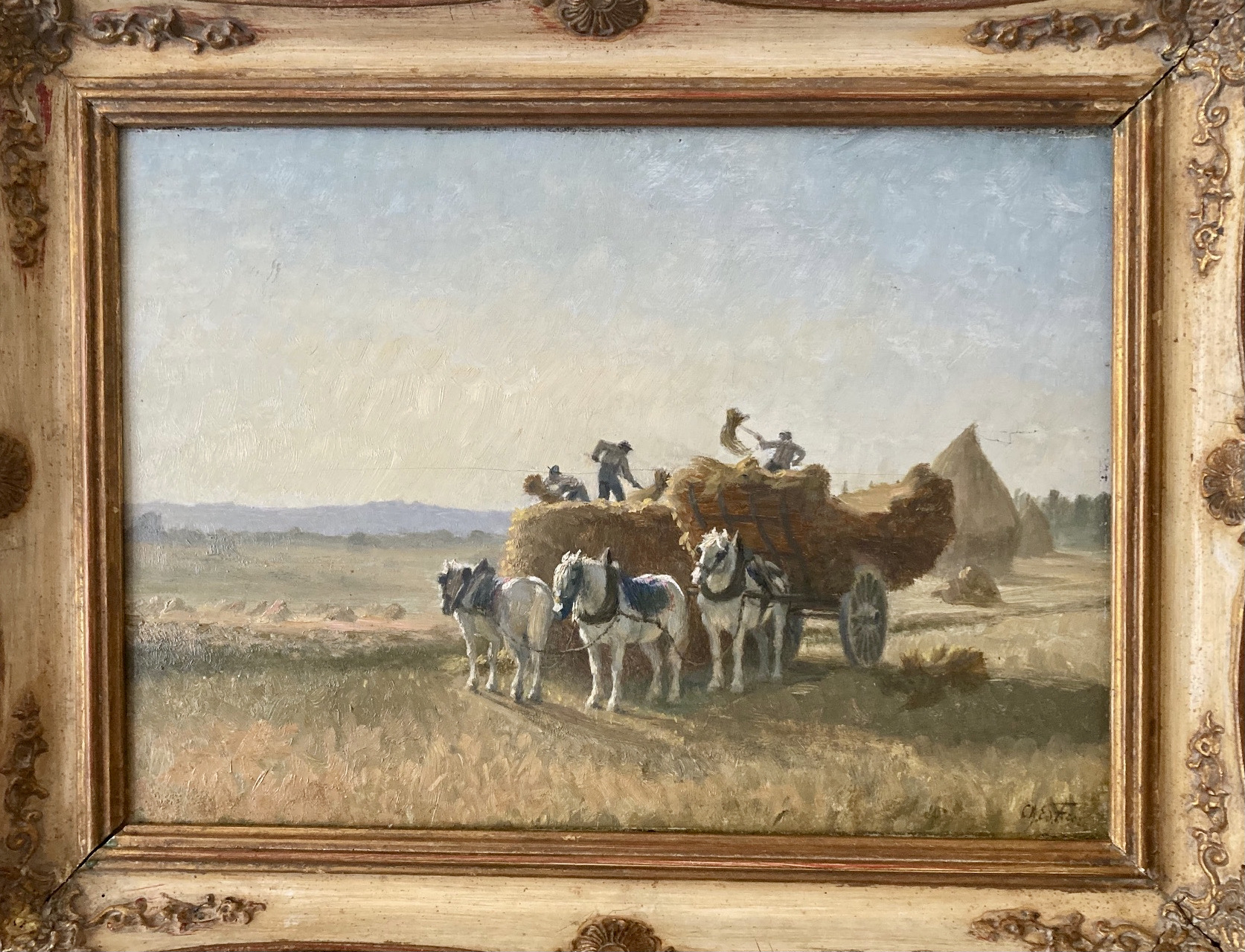