Son of Pierre Edouard Frère and Suzanne Gabrielle Bosquet, he studied first with his father then with Thomas Couture and Alexandre Defaux. He was also the nephew of Théodore Frère, the orientalist.
He exhibited at the Paris Salon from 1861 to 1893 where he won two second class medals. He chose landscapes as his themes, then horses in all their attitudes, notably in the farrier’s workshop. His paintings are a mine of information on the farriery from which he drew his inspiration.
In the years 1857,Charles Edouard Frere , with his father, frequented Charles François Daubigny. They often met on the island of Vaux, near Auvers-sur-Oise and on his boat. Moreover, Léonide Bourges, who passed through Ecouen, represents him on an etching aboard Daubigny’s Bottin. He was also a regular at the salons.
On January 8, 1874, by marriage contract, he brought six paintings, a house located at the corner of the rue du Château and the rue de la Beauvette, of 34 a and 19 ca, and another one, ruelle du Frou. His wife brought a trousseau of 12 000 F and an annuity. On January 20, 1874, he married Giulia Augustina Maria Robecchi, born on December 3, 1855 in Paris 2nd district, daughter of Henry Robecchi, a painter and decorator, and Géromina Peviani, living in Paris.
In 1879, he was elected city councilor and was very active in proposing, among other things, an omnibus between the station and the city hall. His father retired from the municipal council at that time.
Near Ecouen, while returning from a work session, Charles Edouard Frère died tragically when he fell from a horse-drawn carriage with horses at full gallop. His death heralded the end of the Ecouen School. 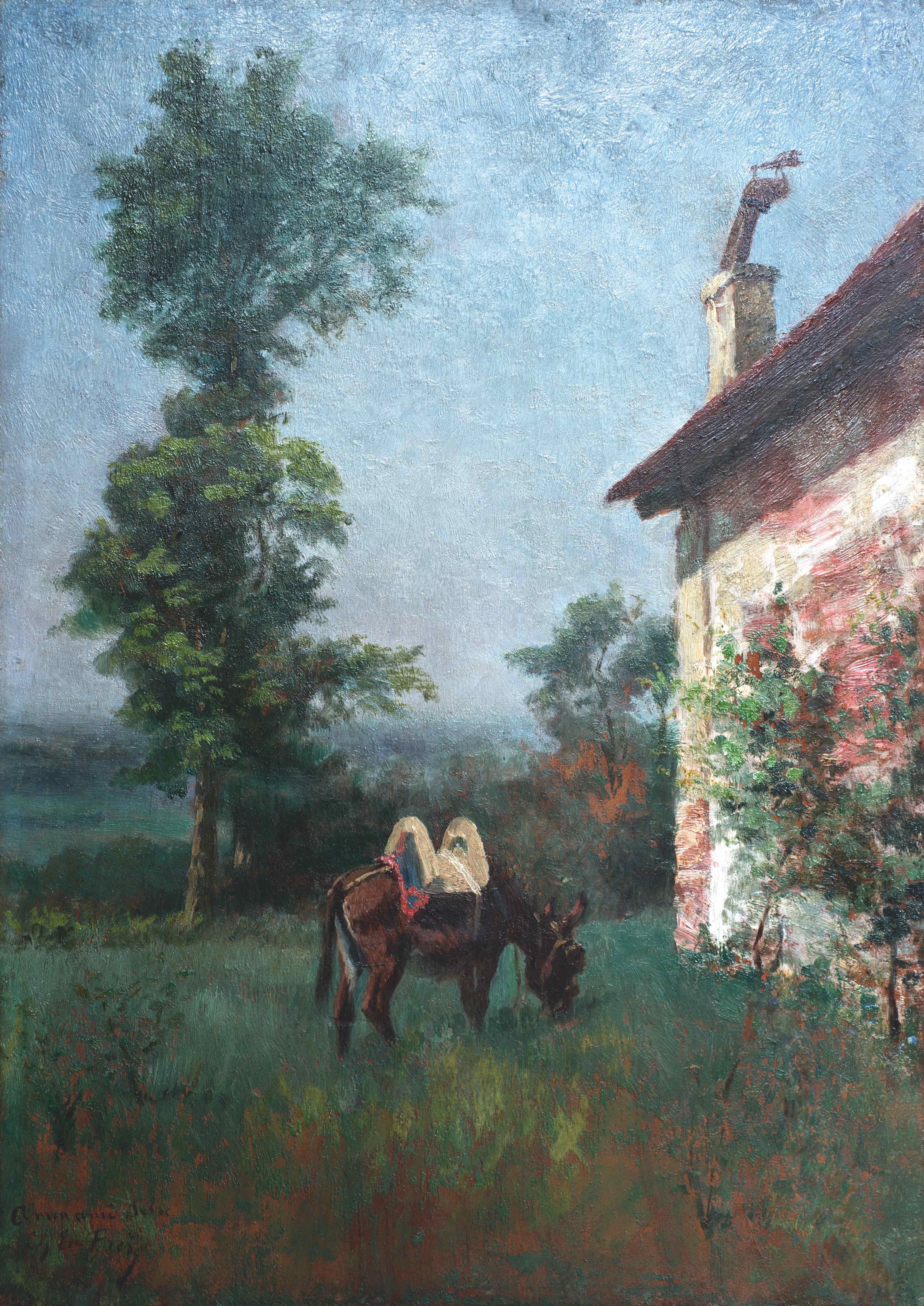