Two painters in the same street of Ecouen

It’s surprising to find out that two artists have painted the same location in the village of Ecouen.
One, very well known is Jean-Baptiste COROT (1796-1875). He painted, in the same area, the villages of Presles and Auvers-sur-Oise. He stayed three days in Ecouen.
The other, American, is Joseph Foxcroft COLE (1837-1892). We know of him several paintings of the Ecouen village. He lived there for several years, being part of the painters Colony.
Their common interest is the attraction for the countrymen and women, simple housing, poor locations as well as the people themselves, adults or children.
In their paintings, the colors are changing according to the seasons but the poetry remains the same. 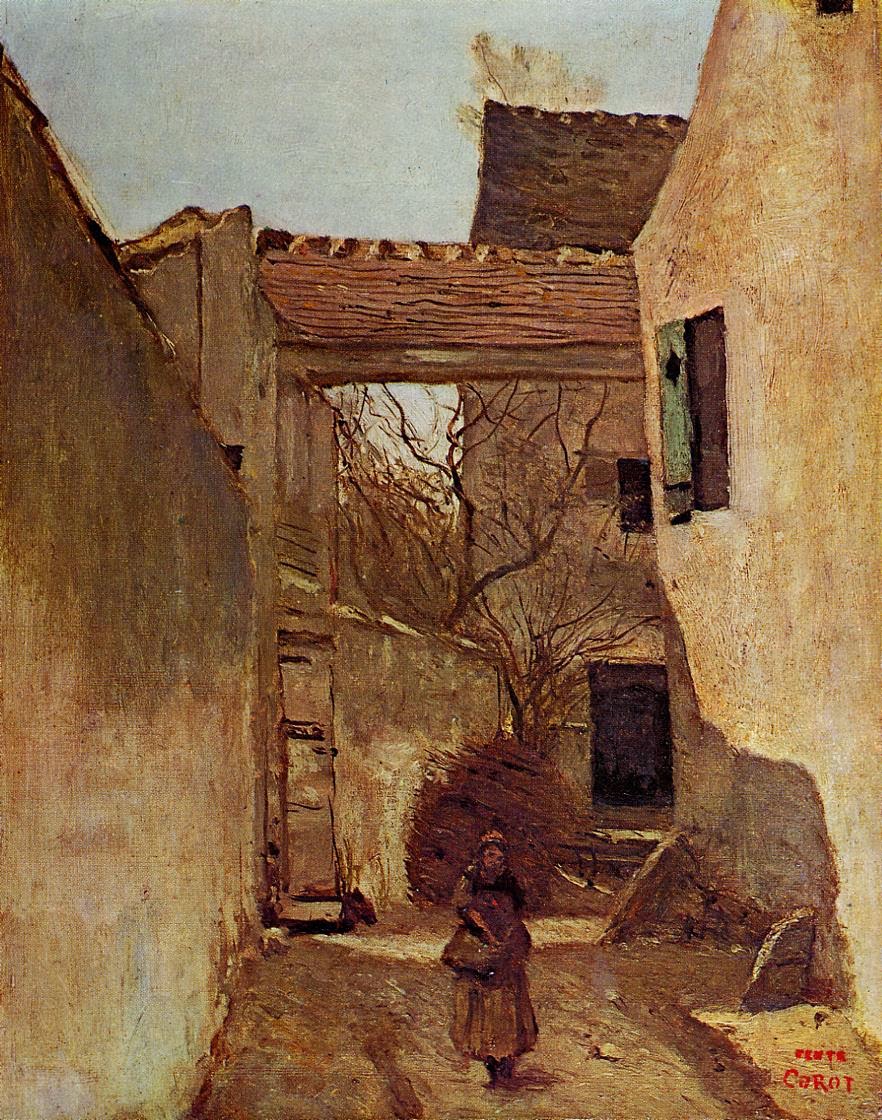