From 1860 to 1863, Joseph Foxcroft Cole was a student of Emile Lambinet in France and during the winters he studied drawing in public schools. In late 1863, after a trip to Italy, Joseph Foxcroft Cole established a studio in Boston. With the active support of William Morris Hunt, by 1865 he had sold enough work to return to Paris, where he was a student of Charles Jacque.
With the exception of William Morris Hunt, few Americans knew the artists of Barbizon more intimately than joseph Foxcrof Cole where he had frequent contact with Troyon, Corot, Daubigny and Diaz. In 1872, he painted several canvases depicting the village of Ecouen, including a street scene and a barn. See attached representations.
Joseph Foxcroft Cole exhibited at the 1866 and 1867 Salons, as well as at the 1867 Exposition Universelle in Paris. He spent his summers painting in Normandy and Belgium. At the end of 1870, he returned to Boston, but returned to France in 1872 to stay for five years. During this time he exhibited at the Salons from 1873 to 1875, and often at the Royal Academy in London.
Joseph Foxcroft Cole received a medal at the 1876 Centennial Exhibition in Philadelphia. He returned to Massachusetts in 1877, living in Winchester Mystic Lakes, where, except for brief trips to California and Europe, he spent the rest of his life. 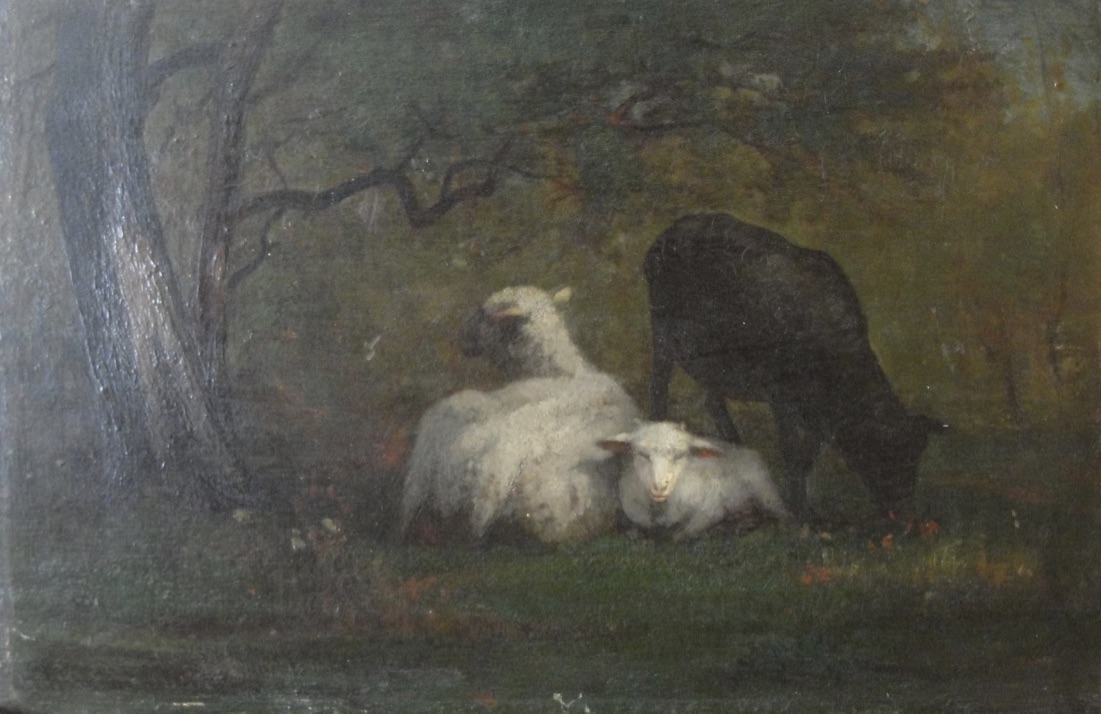 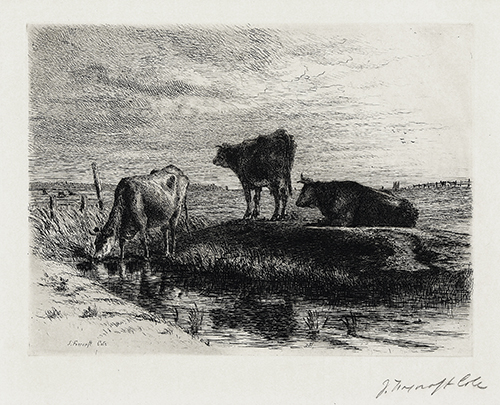