Although George Henry Boughton was born in Norwich, England in 1833 and lived in London for the latter part of his life, his formative years as a freelance artist began in Albany, New York, where his family settled in the 1830s.
By the age of 19 he was a landscape painter and opened his first studio in 1852.
The American Art Union bought one of his first paintings. This institution encouraged him to exhibit his work and helped him to spend six months studying in England.
In 1857, George Henry Boughton exhibited at the Washington Art Association and in 1859 and 1860, worked in New York. In 1860 he went to Paris where he studied with Pierre Edouard Frère and Edouard May. The French influence was then visible in his style.
George Henry Boughton opened a studio in London in 1861. Although he lived in England from then on, his favorite subject was American colonial history. If ever there was a painter who could tell a story with sincere feeling using soft colors and tones, it was George Henry Boughton. A London critic stated that « he learned to put natural feelings into a rustic environment, which most English painters lack. The history of the New England Puritans is the subject of one of his most famous paintings « Pilgrims Going to Church, » now in the New York Historical Society.
As an accomplished painter, his work is exhibited in the major academies of which he was also a member.
George Henry Boughton continued his career in England until his death in 1905 in Campden Hill. His paintings are now exhibited in museums in both the United States and England. 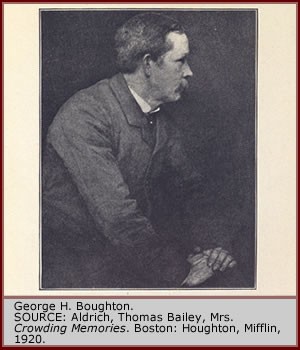 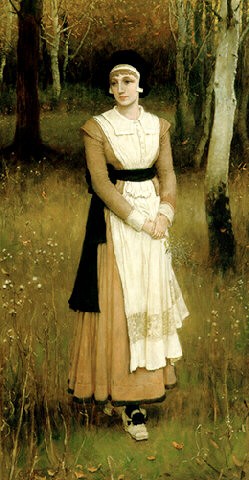 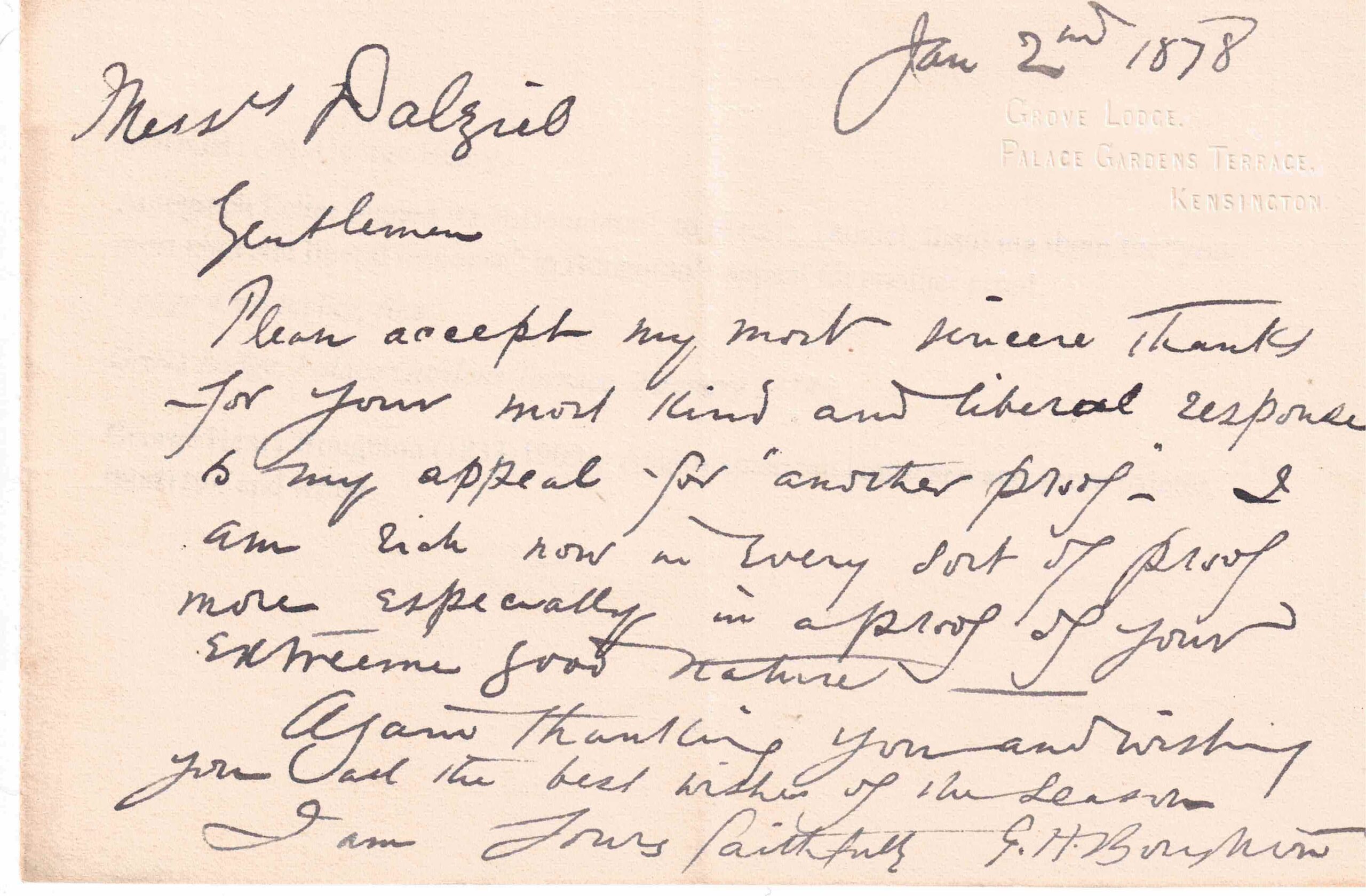