Several names of painters of the Ecouen School remain unknown, however Dargelas was indeed part of the circle. He was a student of François Edouard Picot at the Ecole des Beaux Arts in Paris, where he entered on April 6, 1854.
In the early 1850’s, the famous English art critic John Ruskin wrote an enthusiastic article about his sentimental visions of childhood and thus increased the demand for Dargelas’ work in England. Dargelas exhibited at the Paris Salon in 1857 for the first time and continued thereafter.
The theme of childhood innocence is the main subject of his paintings. He is loved for his humorous, mischievous and tender observation. The spirit of the time is particularly sensitive to the simple virtues of domestic life. His work is widely admired and can be found in many English and American collections.
He was the son of Jean Baptiste Dargelas and Jeanne Virginie Mimandre. On February 2, 1866, he signed a marriage contract before a notary and on February 10, he married Catherine Etienne Gabrielle Duverger, born in Bordeaux on January 9, 1846. He thus became the son-in-law of the painter Théophile Emmanuel Duverger. That same year, he left Sarcelles to settle in Ecouen, at 9, rue de la Beauvette (place Le-Vacher), where their three daughters were born.of their marriage remains a particular testimony, a song composed by a friend, Mr. Chéreau, on the air undoubtedly very known at the time of « J’ai vu le parnasse des dames« .
The war of 1870 made him leave Ecouen. He took refuge in Bordeaux with his family (including his father-in-law, the painter Théophile Emmanuel Duverger). They both applied for a passport to go to Spain and England. They returned to Ecouen after the departure of the Prussian troops.
At the beginning of the rue Jacques-Yvon, the painter’s house, with its double stoop, is covered with a large glass roof still visible today on the façade. 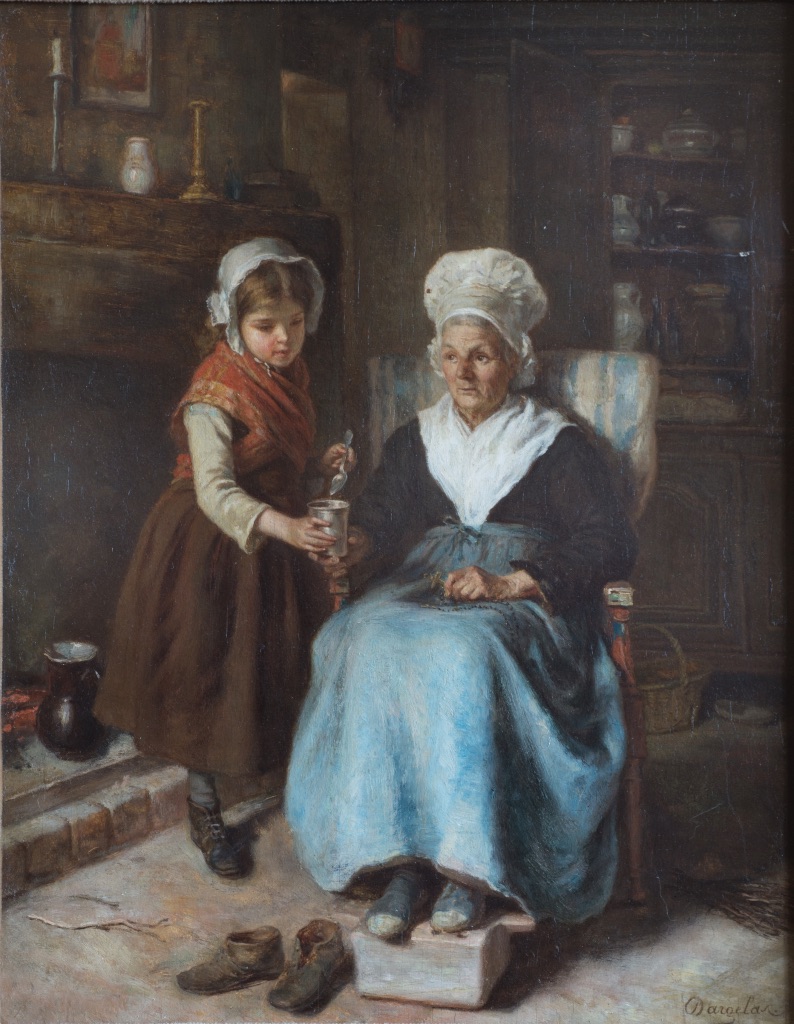 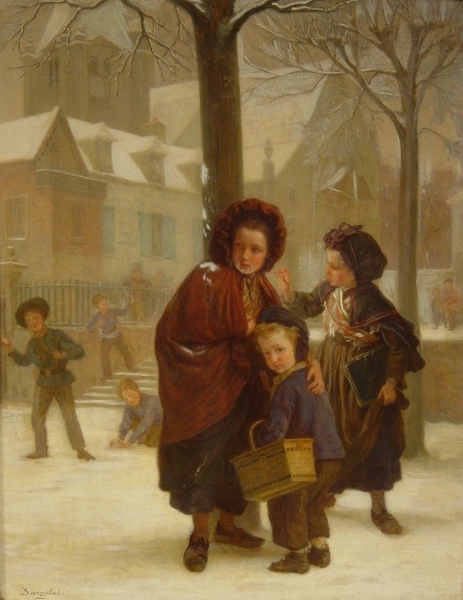 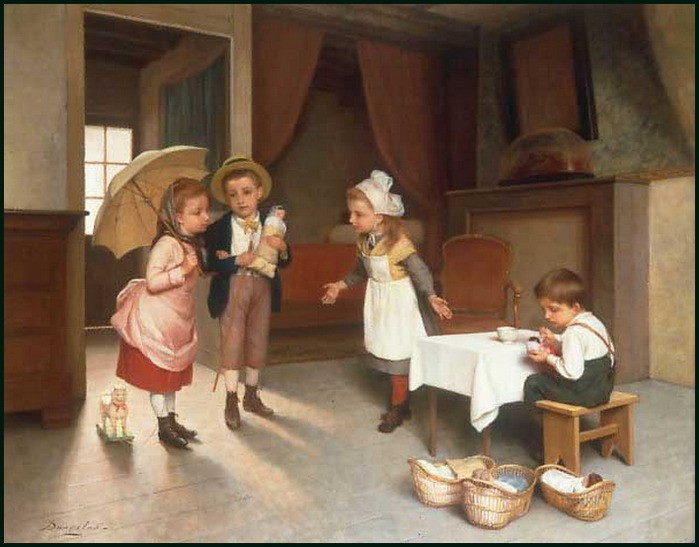 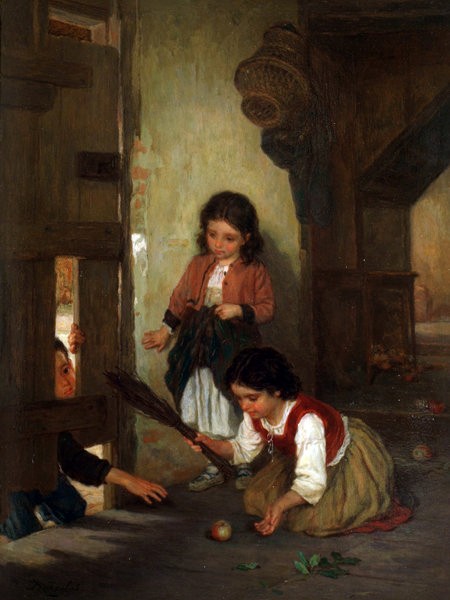