Théophile Emmanuel Duverger arrives in Ecouen in 1860 with his wife, born in Bordeaux, like him, on December 7th 1814. His discovery of this small village, not far from Paris, will enhance his experience with nature. There, he’ll meet the Ecouen painters Colony starting to rise under the guidance of Pierre Edouard Frère. He joined it immediately.

In 1846, Théophile Emmanuel Duverger exhibits for the first time at the Salon de Paris. His art reflects the joy of the little ones and the peaceful atmosphere of family lives in modest homes where the theme of childhood is always present, like school sceneries or children games.

He receives several prices exhibiting at the Salons de Paris, the first one being a third class medal in 1861, an honorable mention in 1863, a third class medal in 1865. During the Paris Universal Exhibition, he receives a bronze medal in 1889 for “La benediction du pain dans l’église d’Ecouen” (the bread blessing ceremony in the Ecouen church). This painting shows the attachment of Théophile Emmanuel Duverger for the village and residents of Ecouen. In 1893, his painting “L’intempérance” (the intemperance) is shown at the Chicago Colombian Exhibition, opening the US market for his work. This market is an important source of income for him, as well as some of his friends like Seignac or Dargelas.

In 1860, Théophile Emmanuel Duverger and his wife, Elisabeth Seignac bought a house next to the street and place de la Beauvette (Beauvette street and plaza), in Ecouen, for 20000 F. On October 10th 1869, rue de la Beauvette (Beauvette street), they bought for 11000 F a large and comfortable (for that time) ten room house including a garden, a lot of little footpath and flowered terraces.

The last painting of Théophile Emmanuel Duverger, “Allant aux champs” (On the way to the fields) is exhibited in 1895. He dies three years later and rests in the Ecouen cemetery.MIn 1906, one of his paintings, « La bénédiction du pain » (The bread blessing), is offered to the City of Ecouen and is exhibited in the City Council meeting room. Following this donation, the “rue de la Châtaigneraie” (Chestnut trees street) becomes rue Emmanuel-Duverger. In 2010, the City of Ecouen bought “Le dresseur de chien” (the dog trainer) showing, in the background, the castle and the “Tourelles” Mansion. 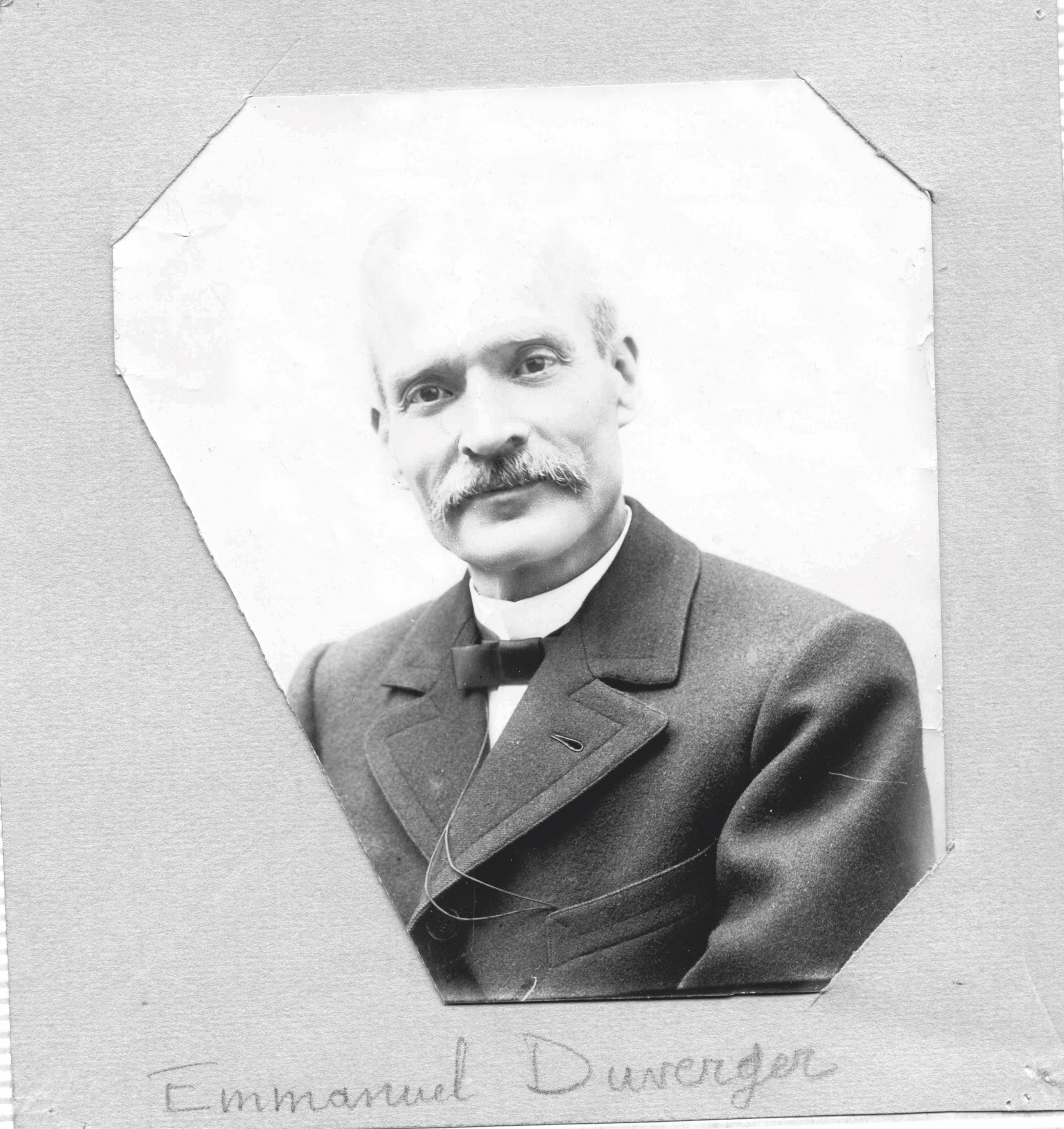 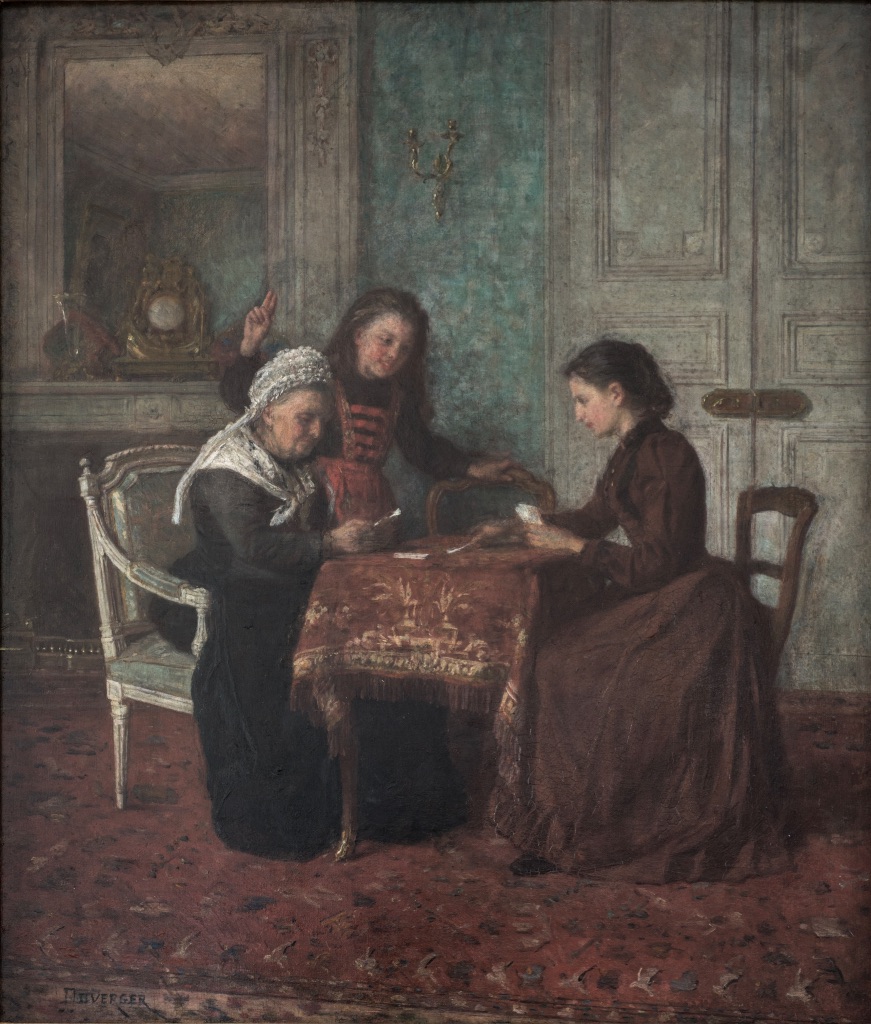 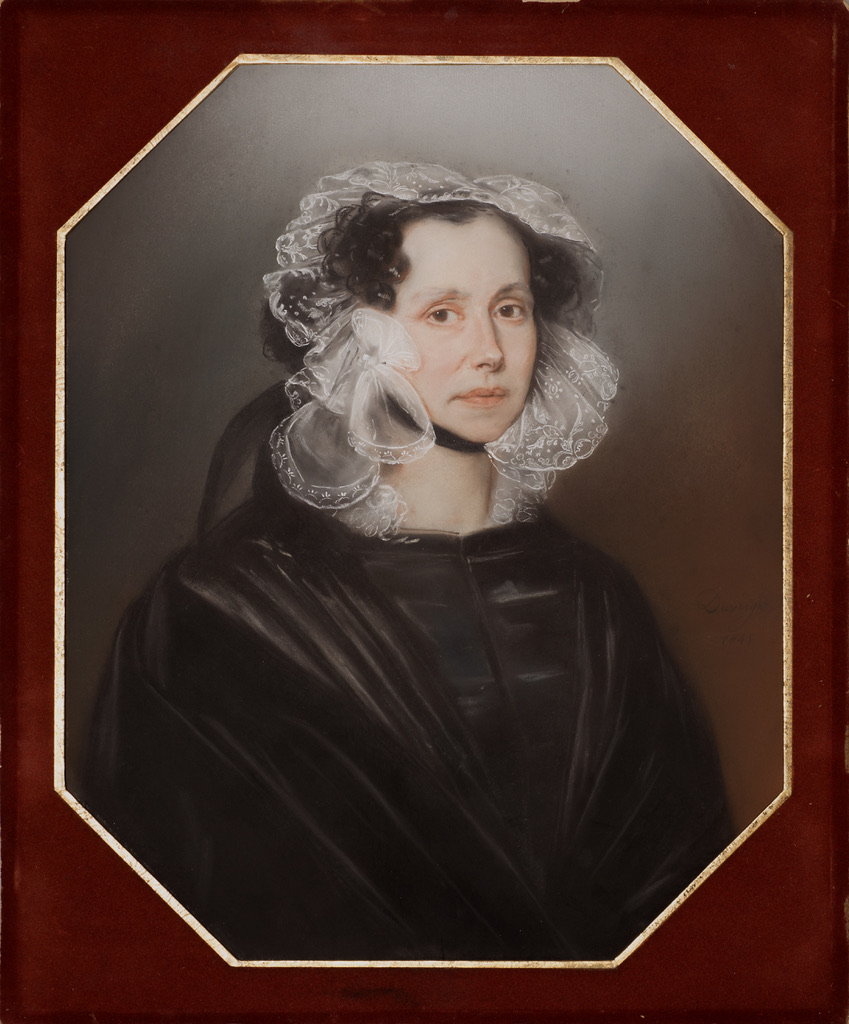 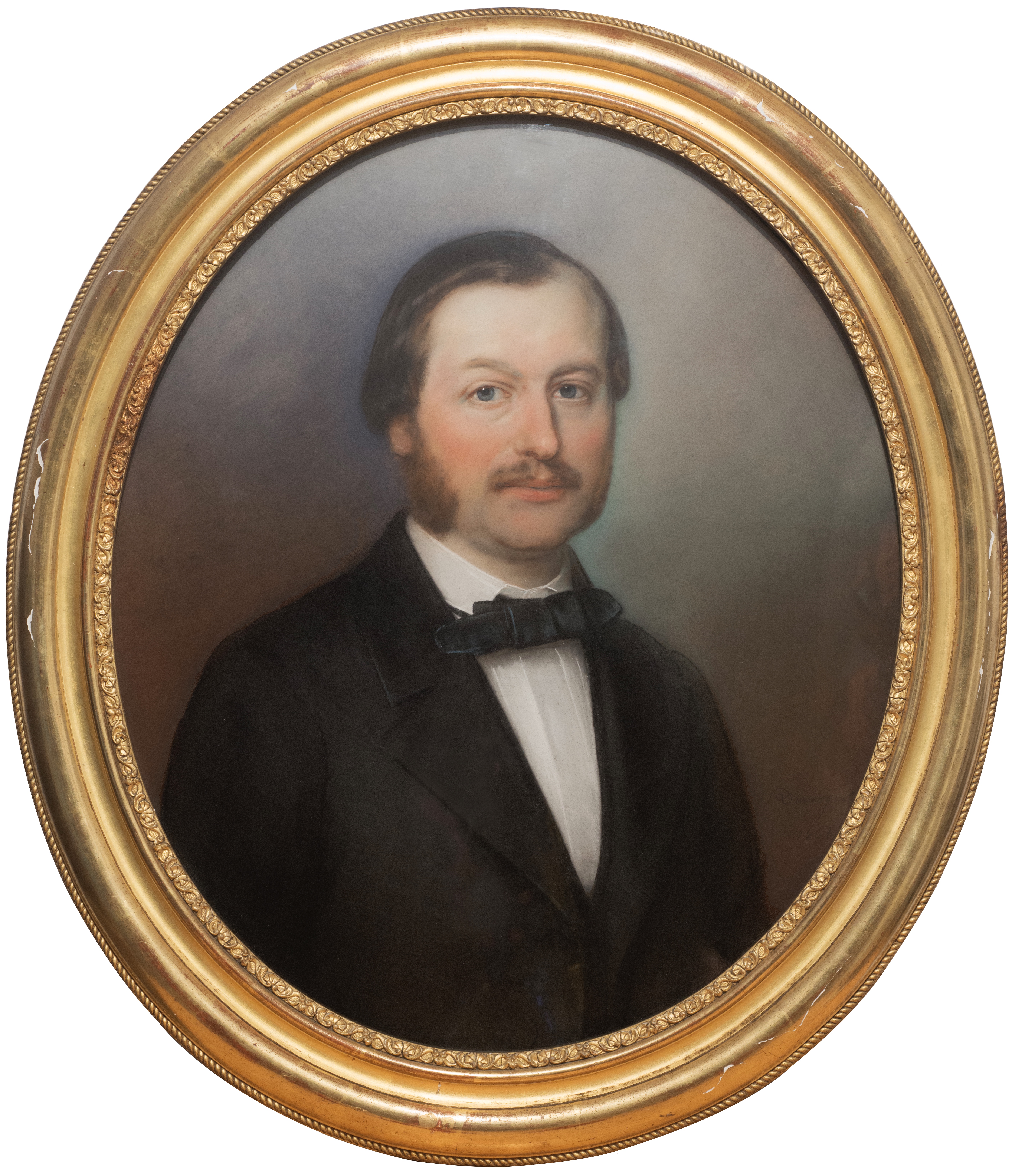 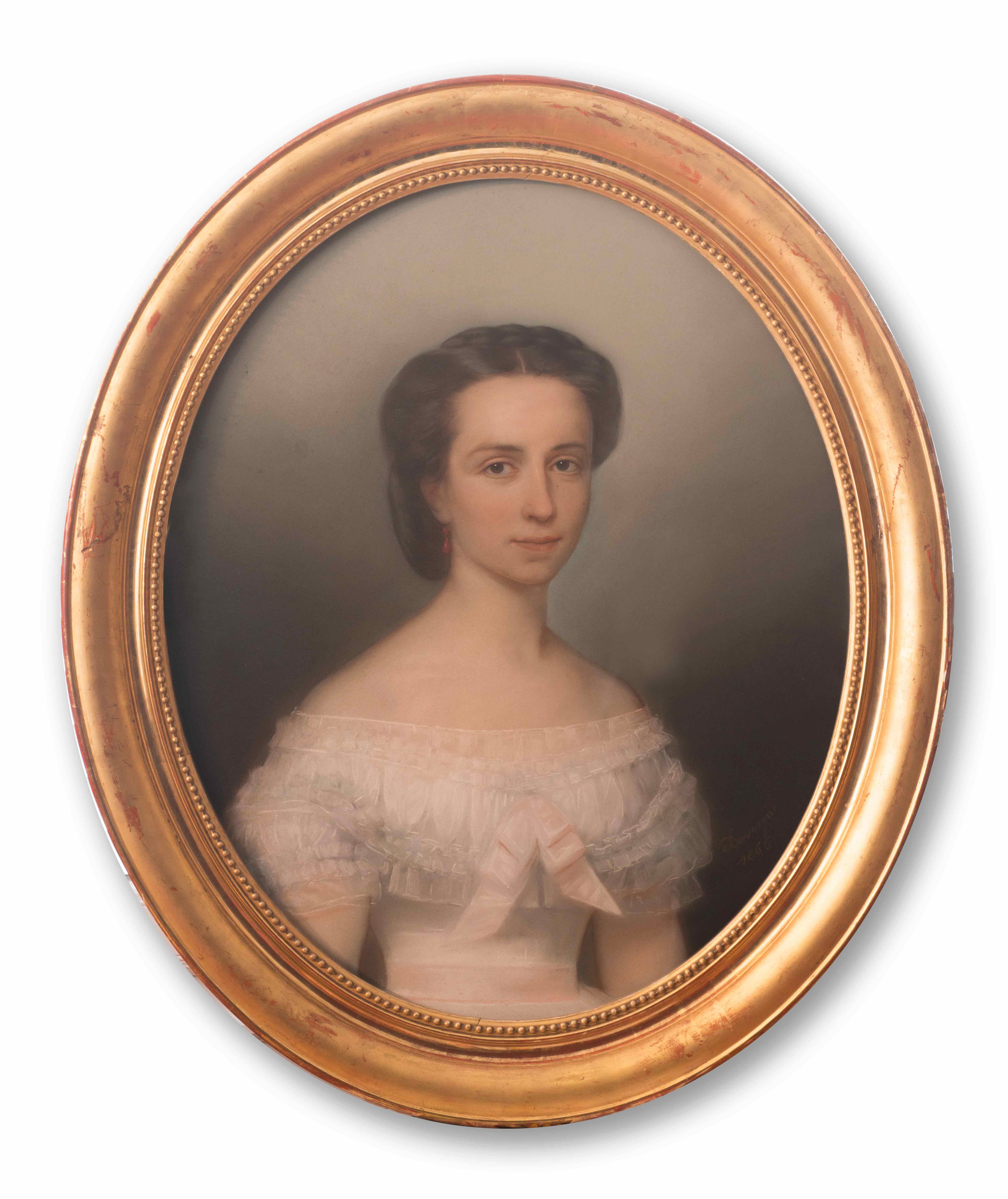 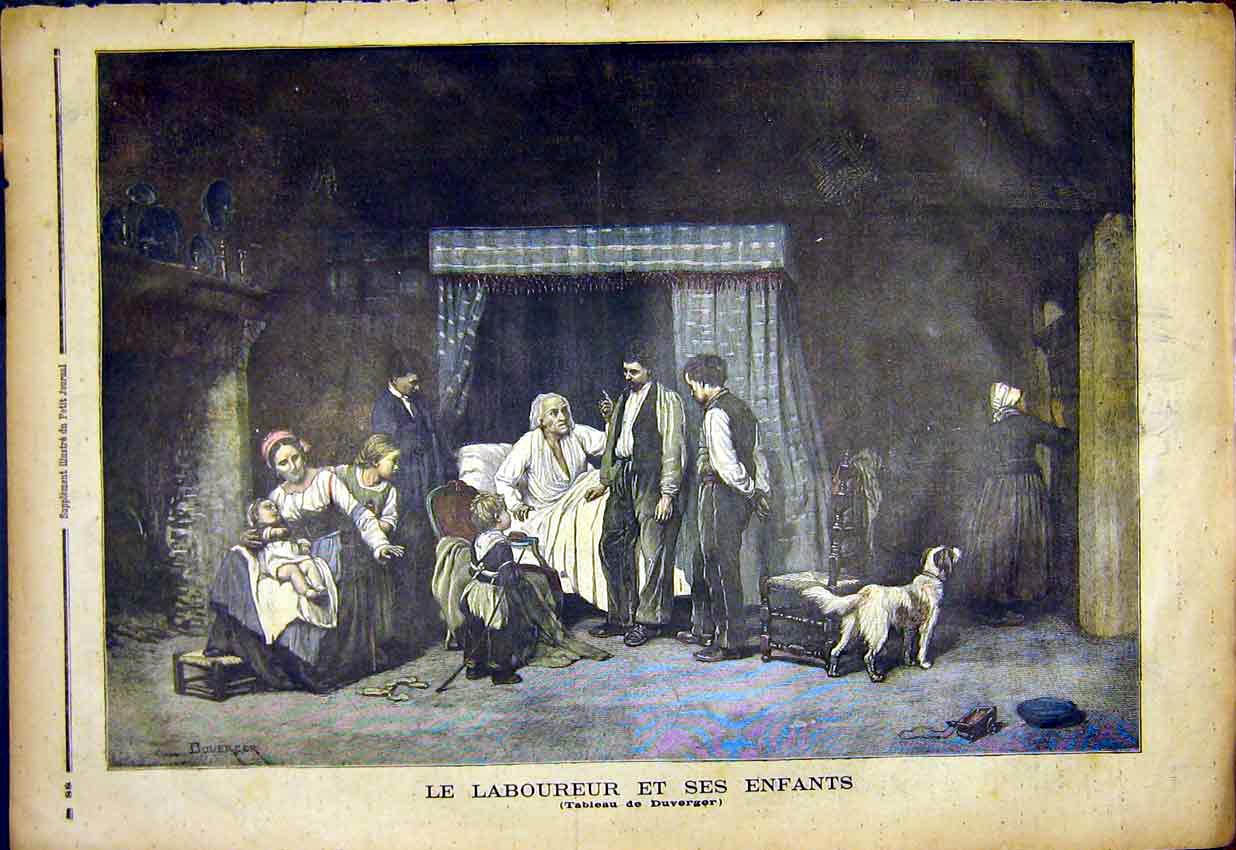