Scramble within the Ecouen painters

In 1853, in one of his letters, Pierre Edouard Frère talked about his “friend Lambinet” and a friendly meeting in Ecouen, were the painters were side by side.

Things are going to be very different in 1858.
It seemed like a few words from Charles Theodore Frère, the future orientalist brother, were misinterpreted. In these hard selling times, would he have made a hint about the Lambinet’s spendthrift reputation, saying “we are all starving to death”? Anyway, the quarrel went sour and words got high in letter exchanges sent to Beugnet, the three artists art seller.

Lambinet accuses Theodore to try to get everybody angry but he was even more virulent against Edouard, calling him “dirty Jesuit”. He then went against his wife, saying: “how humiliated will his old nanny-goat be” and “his oldy must be saying to him “work, wretch, or you won’t have mummy in your bed tonight, work to pay your July 15th rent. Lambinet won’t be here to lent you money, work ….. work, to pay my velvet coat, my china satin, my hat,…. work even more to pay, in Léonide Bourges, for your gallery, Diaz, Dupré, Ziem, etc” (the Beugnet’s one)”. Duverger, the Frère’s friend got some of it too, accused to be a faint imitator. 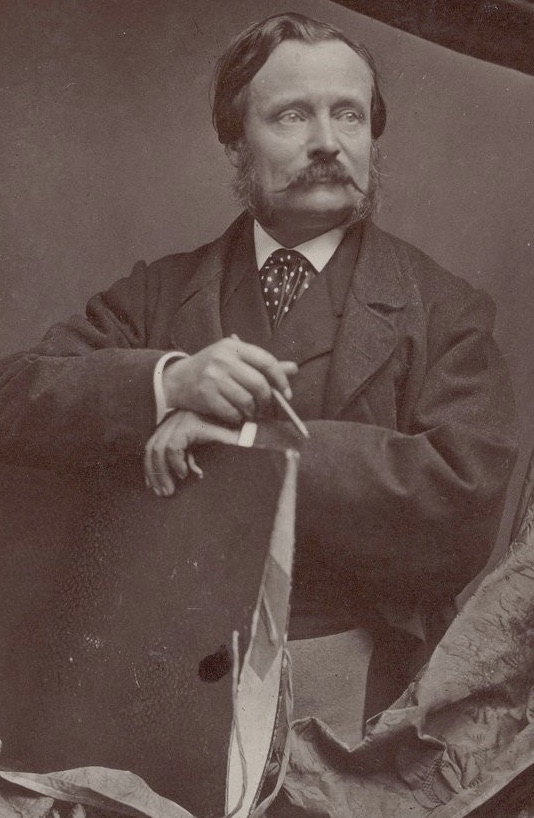