Joseph Athanase Aufray was a student of Felix Joseph Barrias (1822-1907). He settled down in Ecouen with his wife Marie Turin, eleven years younger than him. They had their wedding act publicized into the « Petit Journal » of April 15th , 1866. Their house, located rue de la Grande Fontaine, is still one of the nicest of the city, even if its large artist workshop glass window disappeared.

The same year than his wedding, he exhibited at the Salon de Paris with “les dragées de baptème” (Christening sugared almonds) et “le Chapeau de papier” (the paper hat). Since then, almost every year he is invited to exhibit there until his death.

Foreign cities welcomed him, like Cologne in 1873 and London in 1876. He probably met Charles Dickens in London during this trip. In 1869, a photography colorized by Joseph Athanase Aufray showing the writer and his two daughters, is published by Robert Hindry Mason. He did an illustration for the book “The Mugby fork road”.

Joseph Athanase Aufray has been mentioned by the famous French writer Emile Zola in his report concerning the 1866 Salon de Paris exhibition.

Moving out from Ecouen, he established himself in Montmorency. 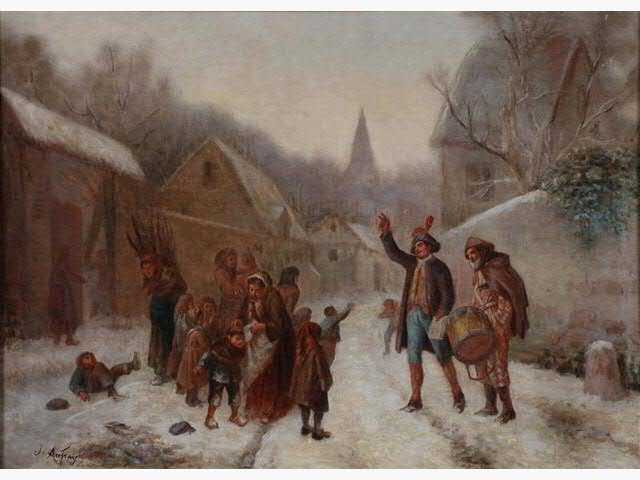 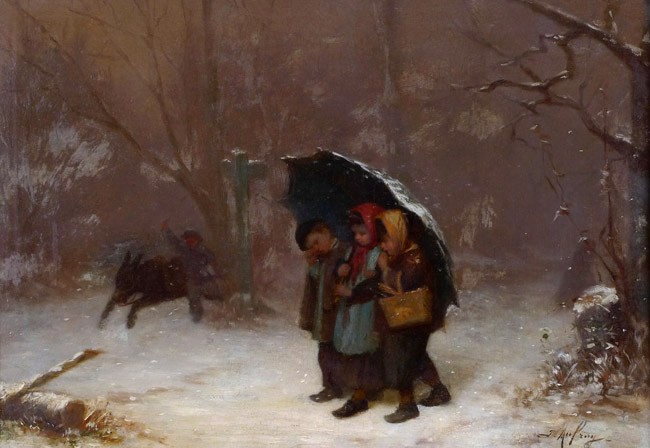