Been born in a “blue collar” family of glass and earthenware workers, Felix Justin Gardon began his artistic career as earthenware painter at Choisy-le-Roi then moved to Limoges (well known city for these products). His major style was floral and he was mastering it.
Felix Justin Gardon became student of Emile Bellet and Justin Marie Lequien (1796-1882). He moved late in the village of Ecouen. At that time, the artistic movement has already reclined. Therefore, Felix Justin Gardon is not as well known as the other artists from the Colony.
He exhibited several earthenware at the 1882 and 1883 Salons de Paris, then some paintings and watercolors, all with floral decorations, at the 1890 and 1907 ones. He was also painting on earthen tableware and fan. In 1892, he became member of the prestigious French Artists Society. He lived in Paris with his wife, Anna Clauss, then, in 1906, moved to Ecouen in a house located 10 “rue Jacques-Yvon” (Jacques-Yvon street). Even today, we can see some of his decorated tiles embedded on the front face of the house.
In 1906, he participates at French Artists exhibition, showing “Le coin de parc” (the park corner). It was greatly appreciated and is the most important painting of his career.
Felix Justin Gardon made himself a donation for one of his artworks to the City of Ecouen.
In 1922, his widow made also a donation for a watercolor to the City of Ecouen. 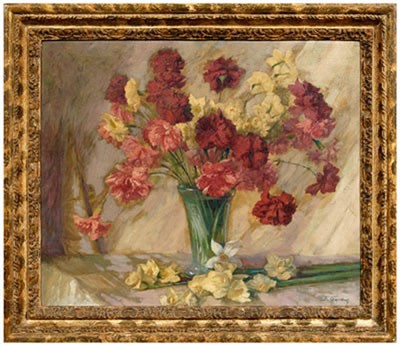 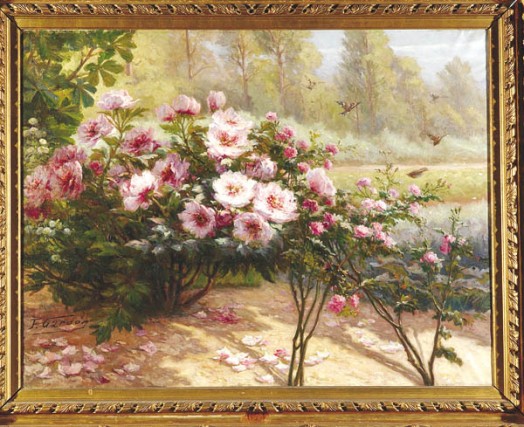 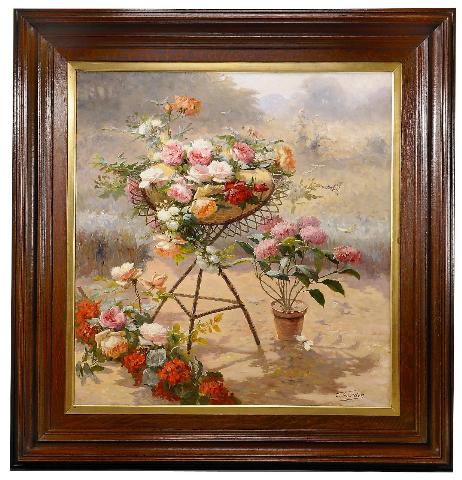