In Ecouen, about fifteen kilometers north of Paris, a painter came to settle. He was Pancrace Bessa, a specialist in botanical painting and birds, who arrived in 1830 on rue de la Beauvette (now rue Auguste-Schenck). Did Pierre Edouard Frère meet him in the capital? This is a likely hypothesis, even if it cannot be confirmed. The colony of painters in Ecouen was, in fact, already in gestation: the first elements met near the present Gare du Nord, at 18 rue de Chabrol. Another hypothesis: a visit to the village during his scouting for the illustration of the book « The Mysteries of Paris » by Eugène Sue.
Close to the Romantic milieu during his youth, then influenced by the socializing ideas of Charles Fourier, he chose to paint the peasant world. This will be the « genre painting », before the arrival of impressionism.
Pierre Edouard Frère settled in this village around 1847, in a small country house painted by Léonide Bourges, the friend of Charles-François Daubigny. A modest house with a thatched roof and a dirt floor, this is how Madame Frère described her first home to Cornella W. Conant, an American painter visiting Ecouen, but praising its rustic charm.
In 1865, the painter built the villa Gabrielle (his wife’s middle name), rue de Paris (now rue du Maréchal-Leclerc), a large bourgeois house (now the Collège Sainte-Thérèse), on a piece of wood of 2 ha and 49 ca, for 23390 F. A great number of French and foreign artists come to join him in his countryside.
From Paul Delaroche, he learned the realistic representation of people and things. In Ecouen he found the scenes of daily rural life that he had before his eyes every day. Cornelia W. Conant, who knew him, describes him leaving his house at eight o’clock in the morning, painting in a small cart with a roof in bad weather, covering himself with sheep skins (perhaps those of Auguste Schenck, his accomplice), or visiting the homes of people who knew him well, in order to capture attitudes at work or interiors typical of the simple and sometimes miserable life of his fellow citizens. He hardly ever painted in his studio. As a reward for the children, whom a woman of the house kept in the pose required by the artist, he gave them a one-franc coin as salary. But the compulsory schooling imposed in 1883 brings some obstacles to his task towards the end of his life. As for the parents, they are entitled to a sum of between two and five francs. There was no lack of volunteers. The same American artist evokes a certain mother Cocotte, a local figure, who was her model for forty years, from the peasant woman full of vigor to the old woman of eighty. 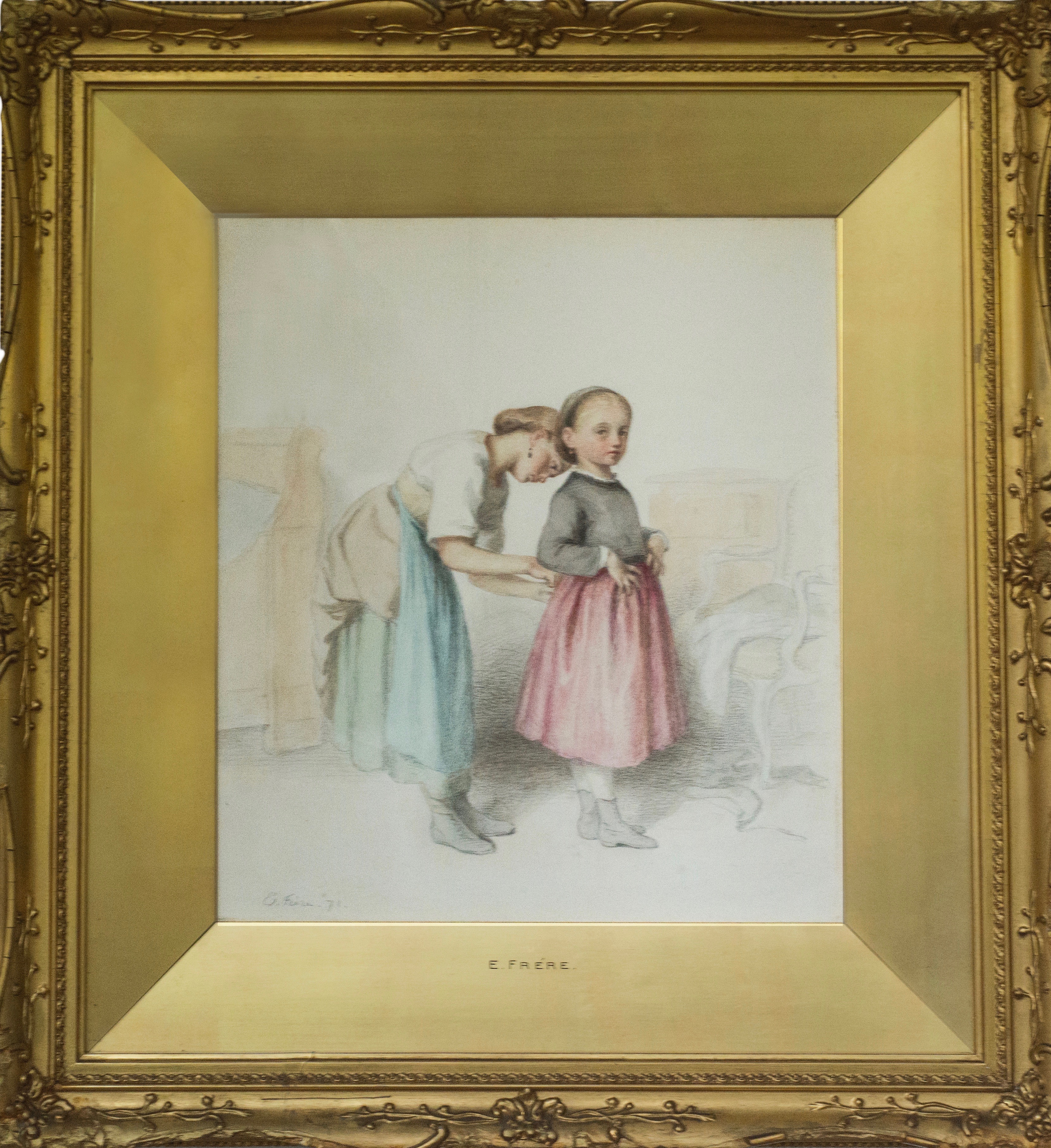 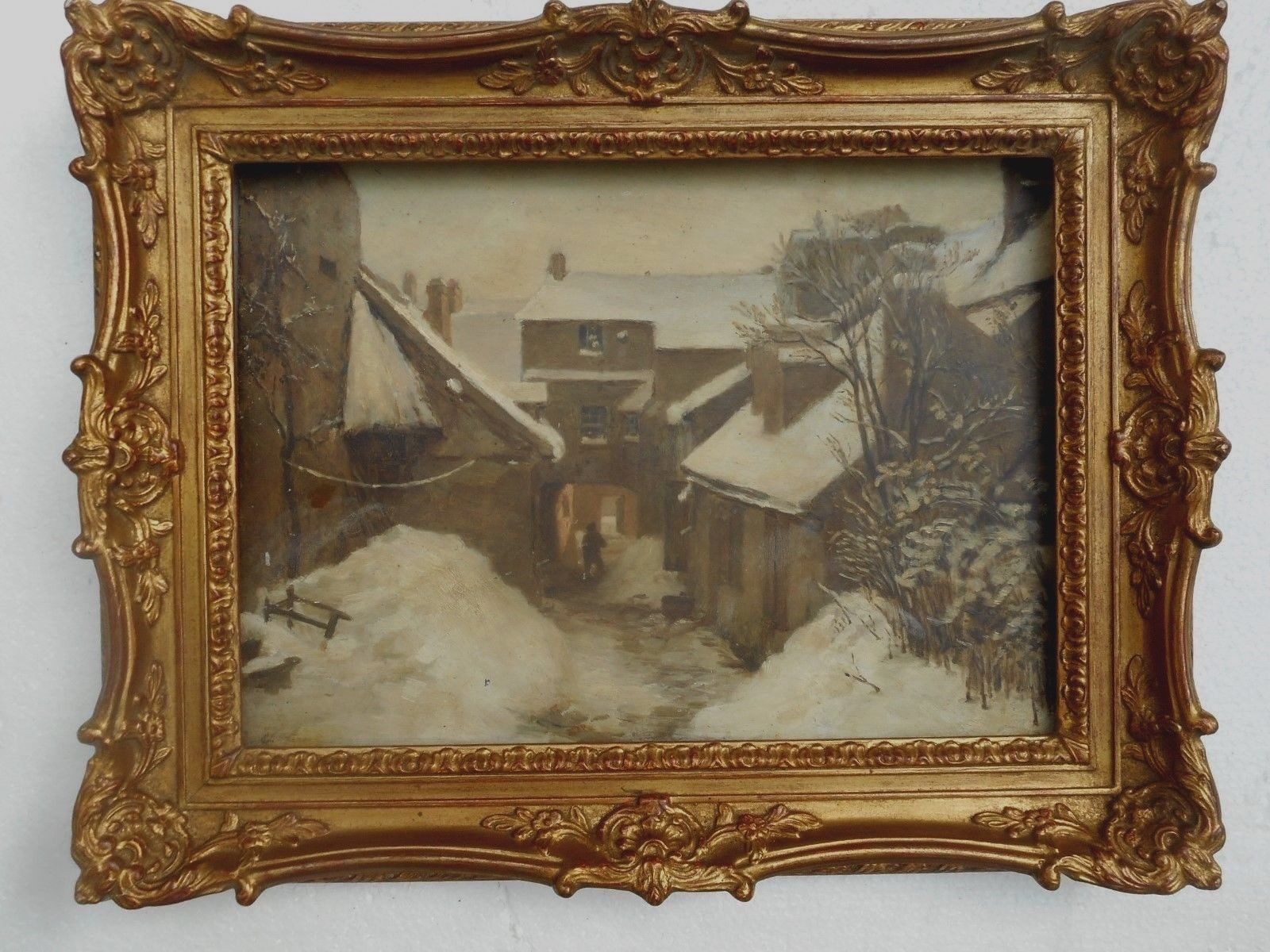 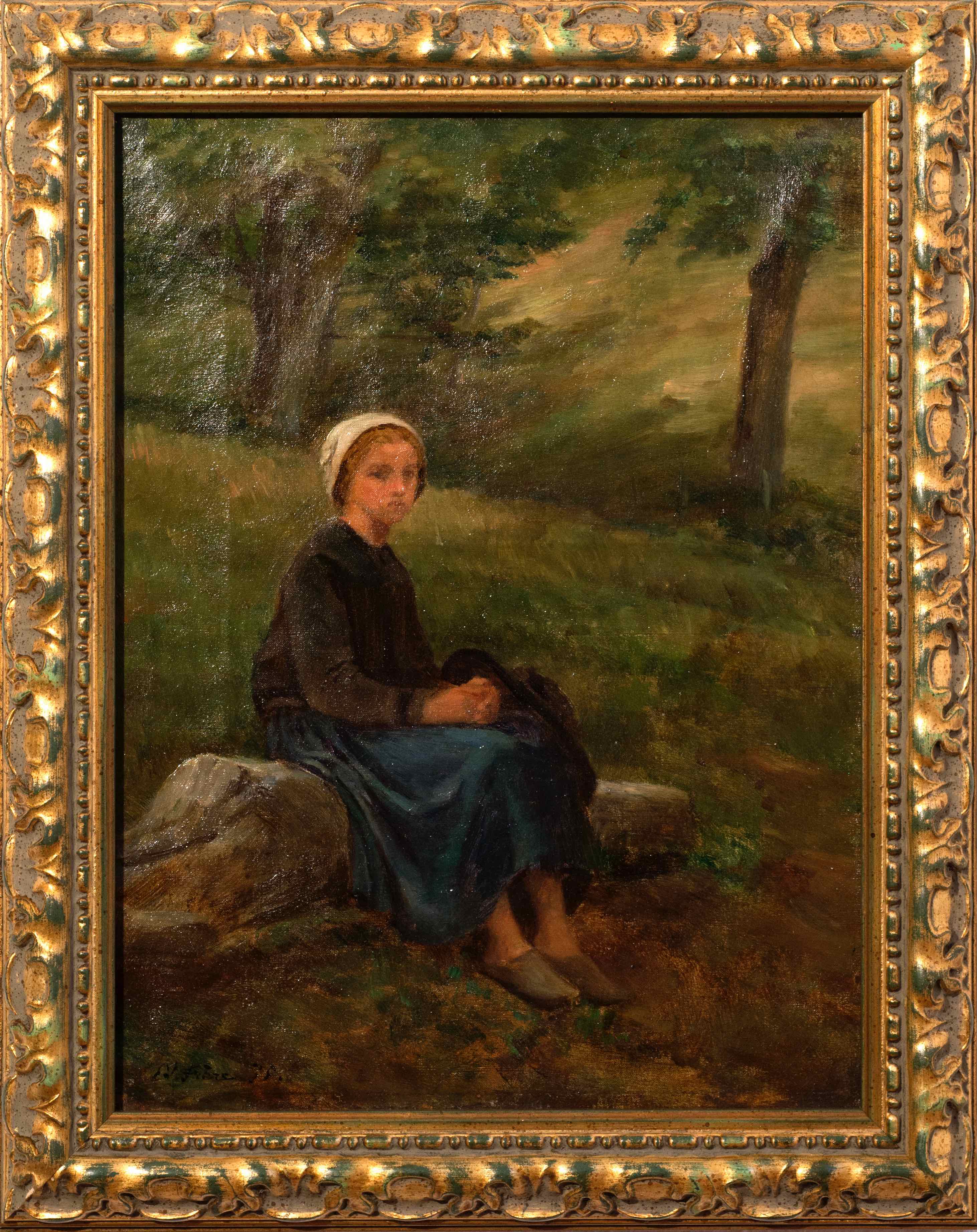 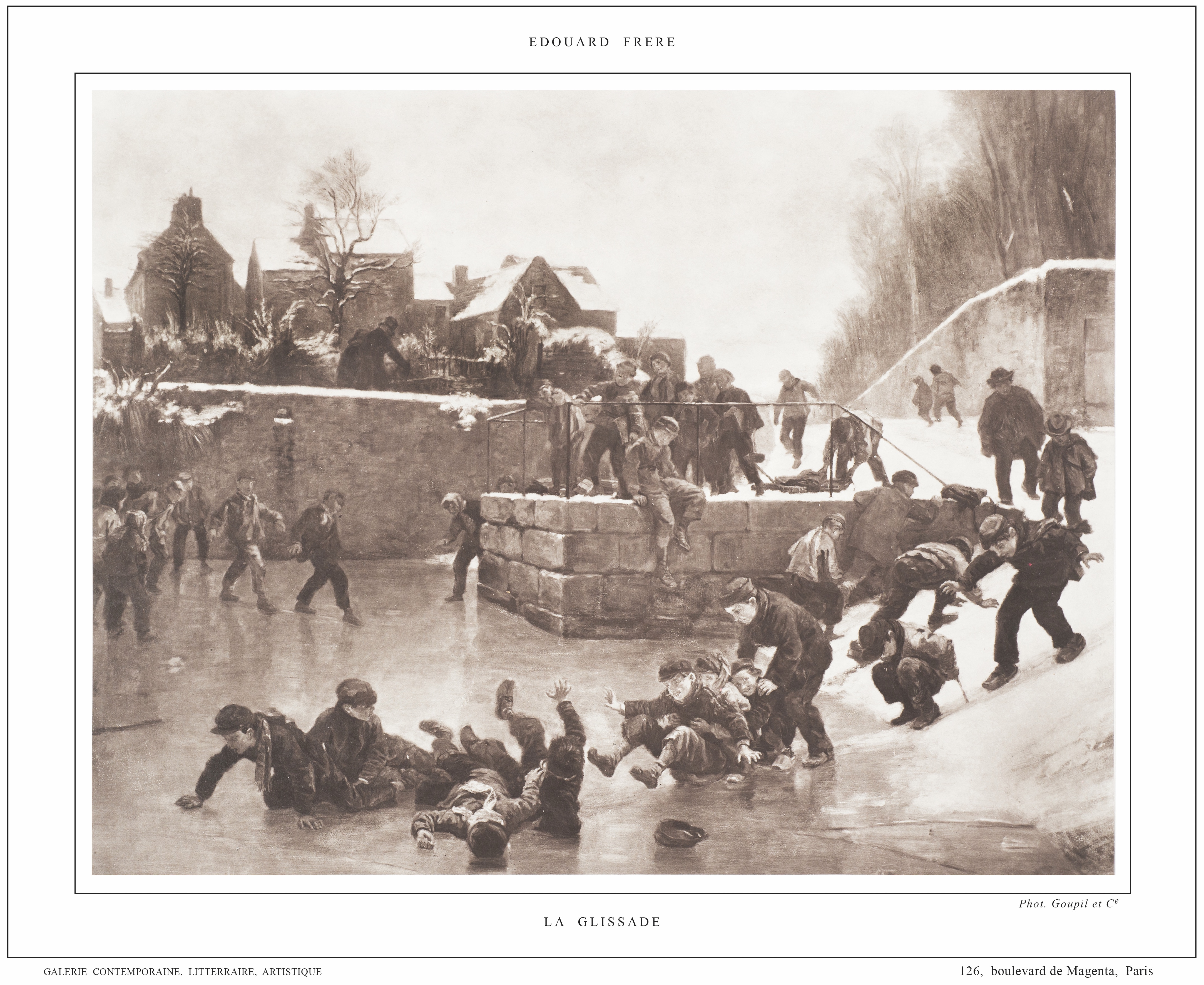 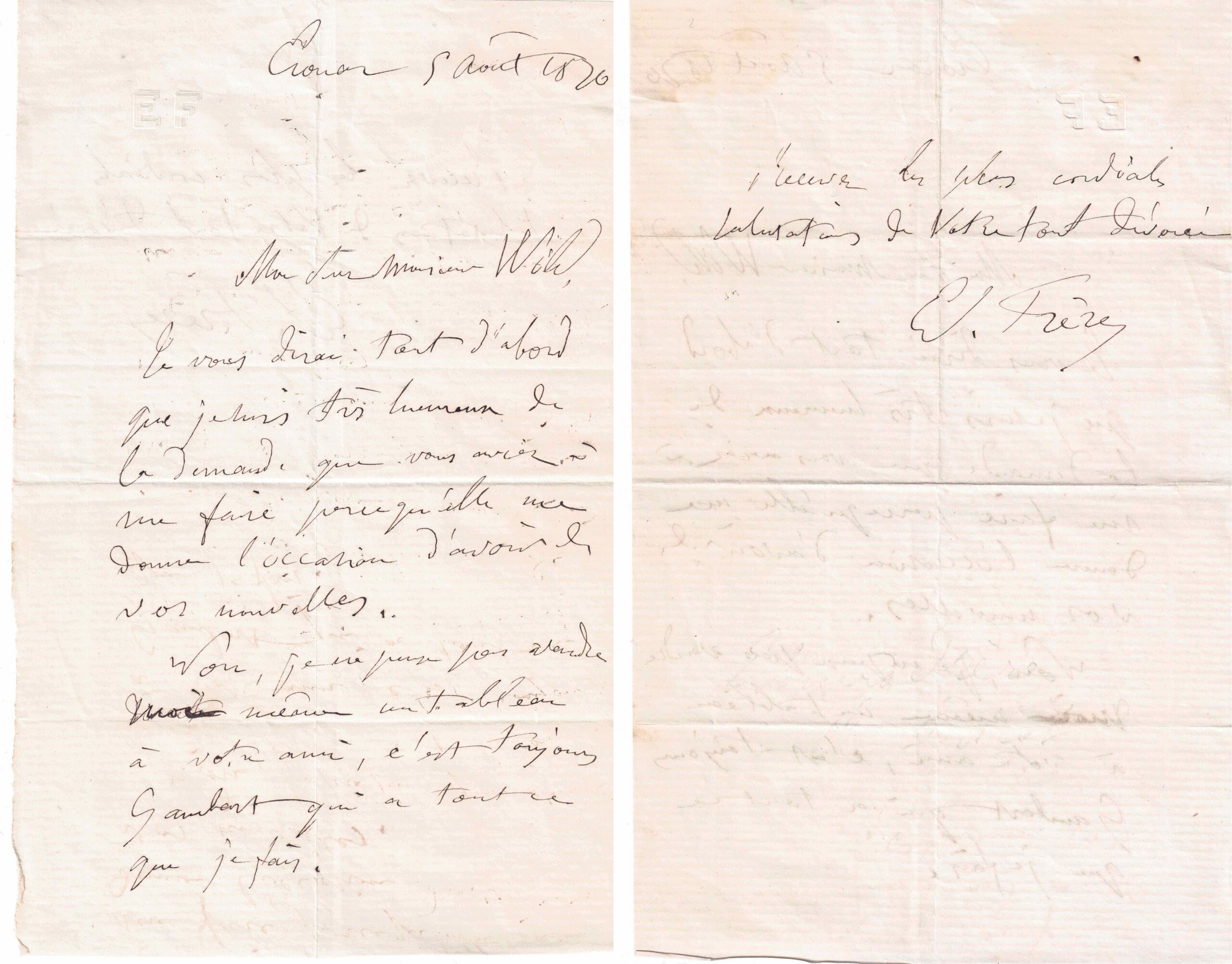