One of the most Ecouenian painters of the Colony is undoubtedly Paul Soyer, since his mother, Mrs. Landon Pauline, already known in the world of engraving, had come to Ecouen in 1856, with her son, born in Paris on February 24, 1823, at 11 boulevard de Clichy.
Widower of Françoise Roque (sometimes written Roch), he married in Ecouen, on August 9, 1877 Joséphine Charlotte Steiger, professor of music at the Legion of Honor, with Emmanuel Duverger and Charles Edouard Frère as witnesses. Like many, he was a pupil of Léon Cogniet and soon exhibited, from 1847, with the portrait of his own mother, in Paris, at the Salon des artistes français, until 1901. He was awarded a first medal after the 1870 Salon and a second class medal in 1882, and finally a bronze medal at the Universal Exhibition in 1889.
His paintings sometimes take on impressive proportions: the one exhibited at the Paris Salon in 1870 showing blacksmiths at work is between three and four meters high and five to six meters wide. It is one of the artist’s favorite subjects, very attached to represent the hardness of the work, conditions at the limit of the bearable which will even lead him to paint them in the middle of a strike, inspired by a work of François Coppée. About this painting, Nicolas Pierrot analyzes that the painter adopts « a pyramidal composition. At the base are represented several groups of workers (from the laborers to the molders), while the top, in the center of the painting, merges with the figure of the master founder ». (A Painter in the Factory). While many artists at that time chose this topical subject for their painting, the critic of the Paris Moderne of 1882 recognized that the one who « succeeded best, although he got a little lost in wanting to render elusive light effects », was Paul Soyer.
Another critic, Mr. Lambert, about his two paintings exhibited at the Salon of 1887 indicates that « the science of the arrangement competes with the research of the harmony. Everything is just, fine, precise. As a man who knows a lot, he has no failings…that charm in the honest calm of these good people. »
His « Dentellières d’Asnières-sur-Oise« , a charming painting with a vigorous color, was also very successful, to the point of being acquired by the State in 1865; after its exhibition at the Salon; thereafter, it enchanted the visitors of the Universal Exhibition of 1867, then that of the Fine Arts of Munich in 1879, before charming for a long time the regulars of the Museum of Luxembourg, between 1866 and 1892; the painting was then deposited at the Grand Chancellery of the Legion of Honor. Restoration work would later keep it in the Louvre between 1958 and 1967, before it was finally offered to the public in all its beauty at the Musée d’Orsay. It was noted in « Le Temps » of June 6, 1865, that the parish priest of Ecouen could be seen in it, but « whose hands are barely outlined ». It was Abbé Chevallier, who wrote a well-documented book on the town of Ecouen, and who recovered the base of the equestrian statue of the Constable, melted down during the Revolution, to have it placed in the foundations of the new porch of the Ecouen church of Saint-Acceul. 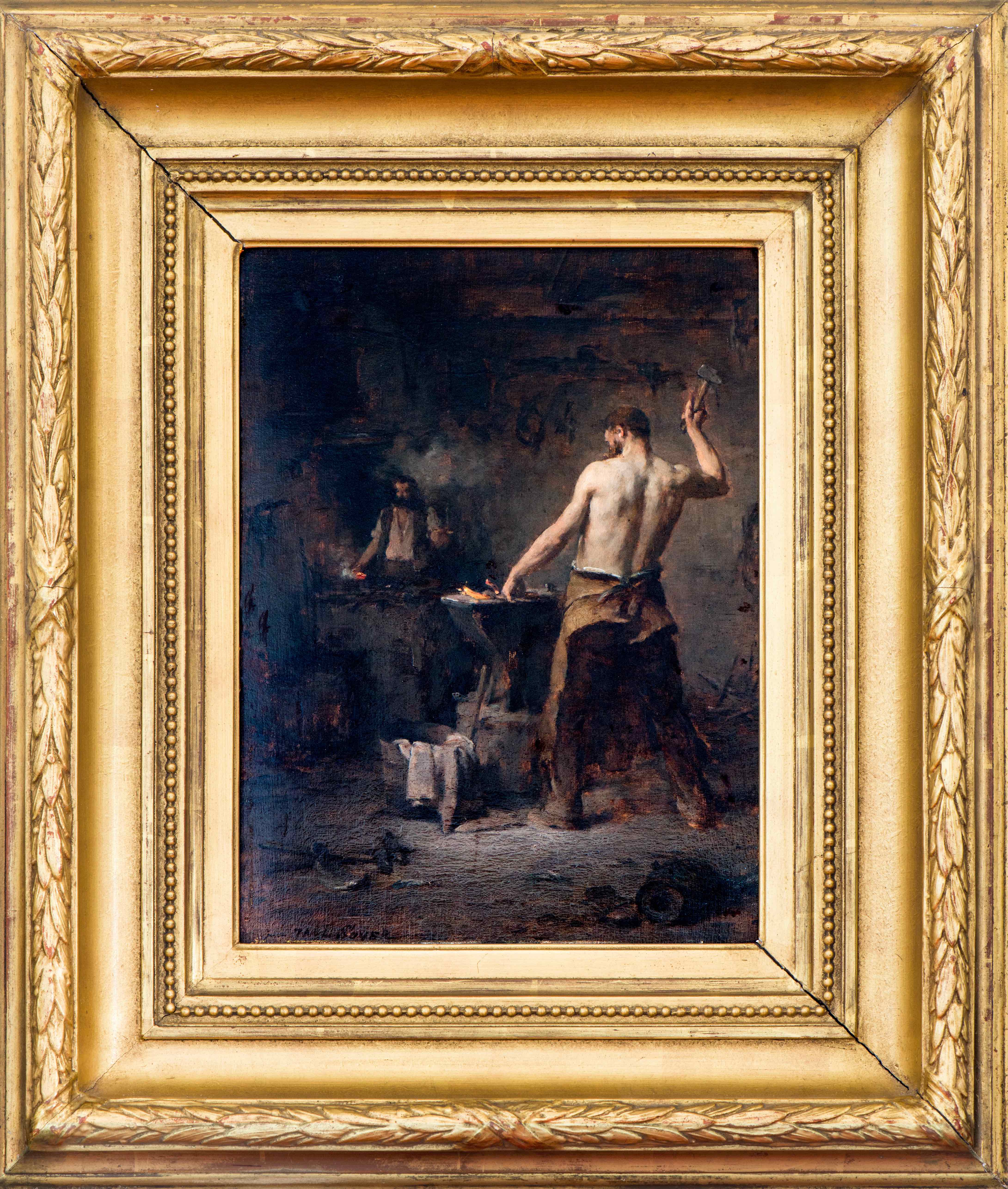 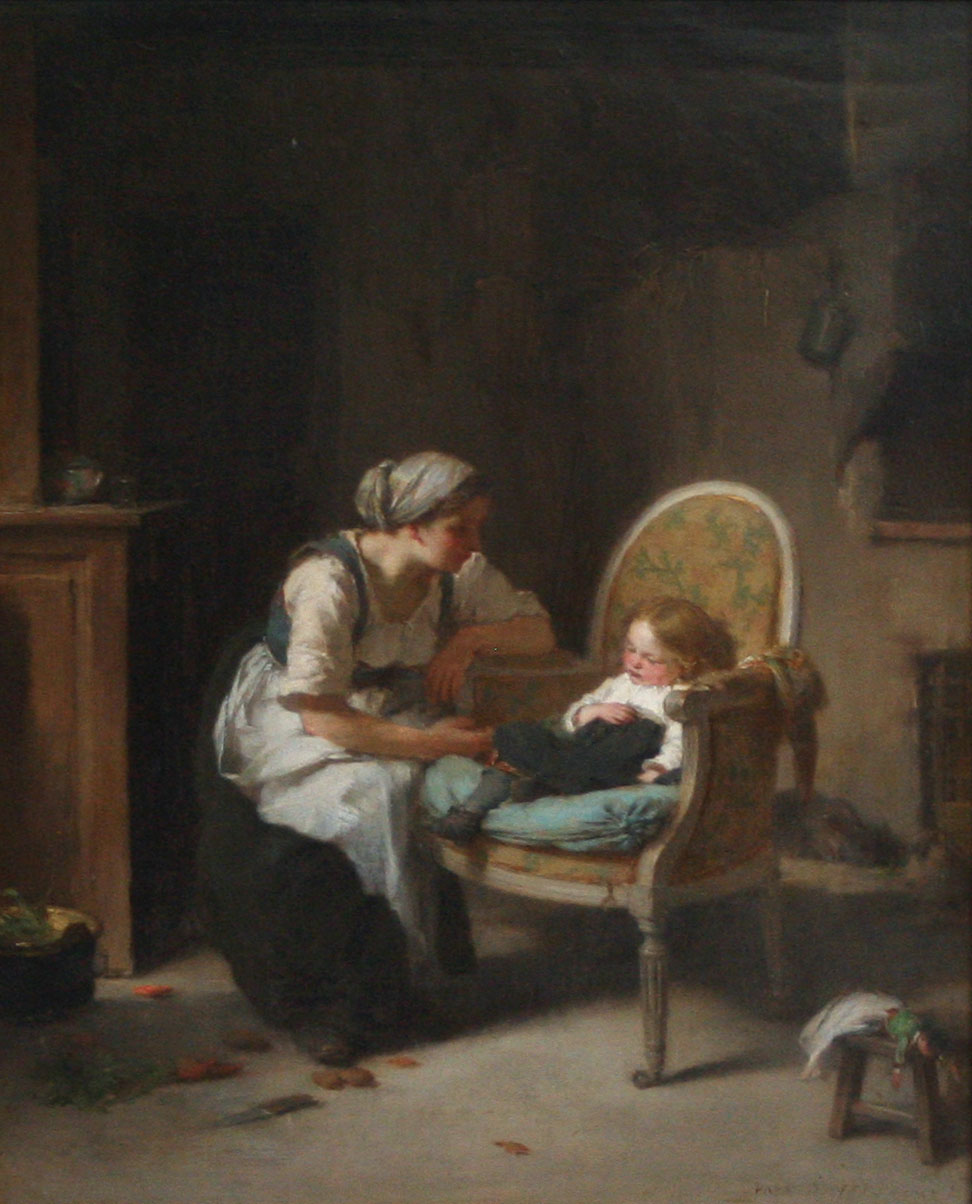 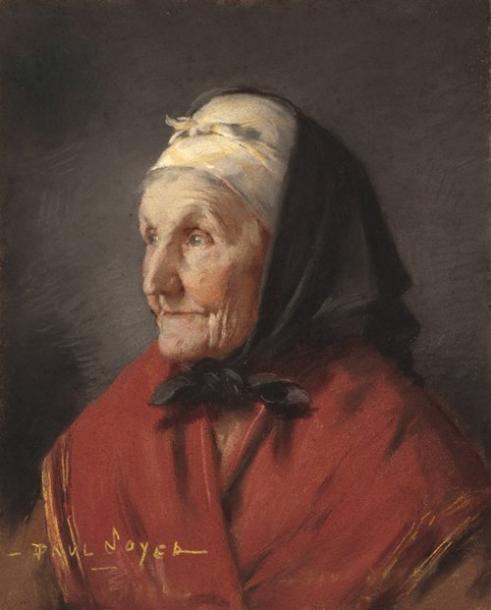 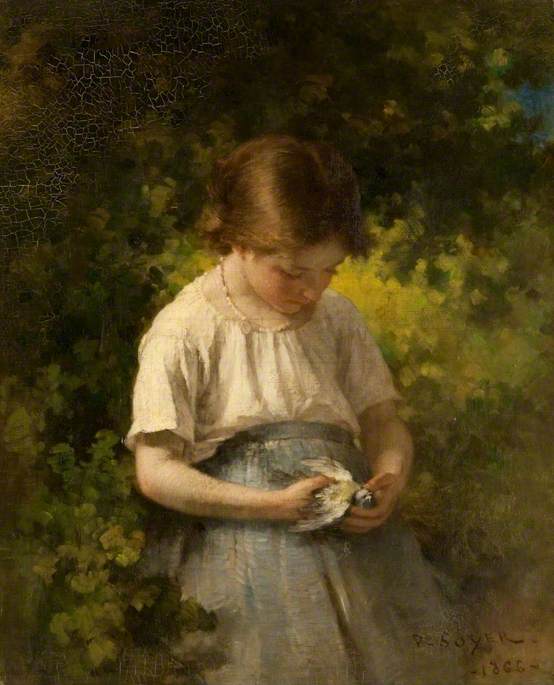