This painter, less known than the other artists of the Ecouen School, has an original name. Indeed, he reversed his surname and took one of his first names, Arnoux, which is not very common, in order to have a less common name than Michel.
He was born in the village of Belleville (not yet part of Paris) and became a student of Louis Cogniet, Léon Dansaert and Pierre Edouard Frère.
Like his masters, he was noticed for the realistic style of his paintings, especially at the Paris Salon of 1886 with two paintings: « the Reading of the Petit Journal » of 1866 and « the Young Mother« . Between 1864 and 1877, about twenty of his works were selected for the Grand Salon. His paintings always represent scenes of daily life, « the Reading Lesson« , « the Broken Pitcher« , etc., often inspired by his home town of Ecouen, where his presence is attested to in the 1873 census: he is the husband of Clémence Amélie Cochu.
As a landlord, he lived at number 19 rue d’Ezanville (now rue Paul Lorillon), a vast residence on the right side of which one can still see the beautiful glass roof of his studio.
Well integrated into the community of painters in the village (Léon Dansaert witnessed the birth of one of his children), he died there at the age of 44. 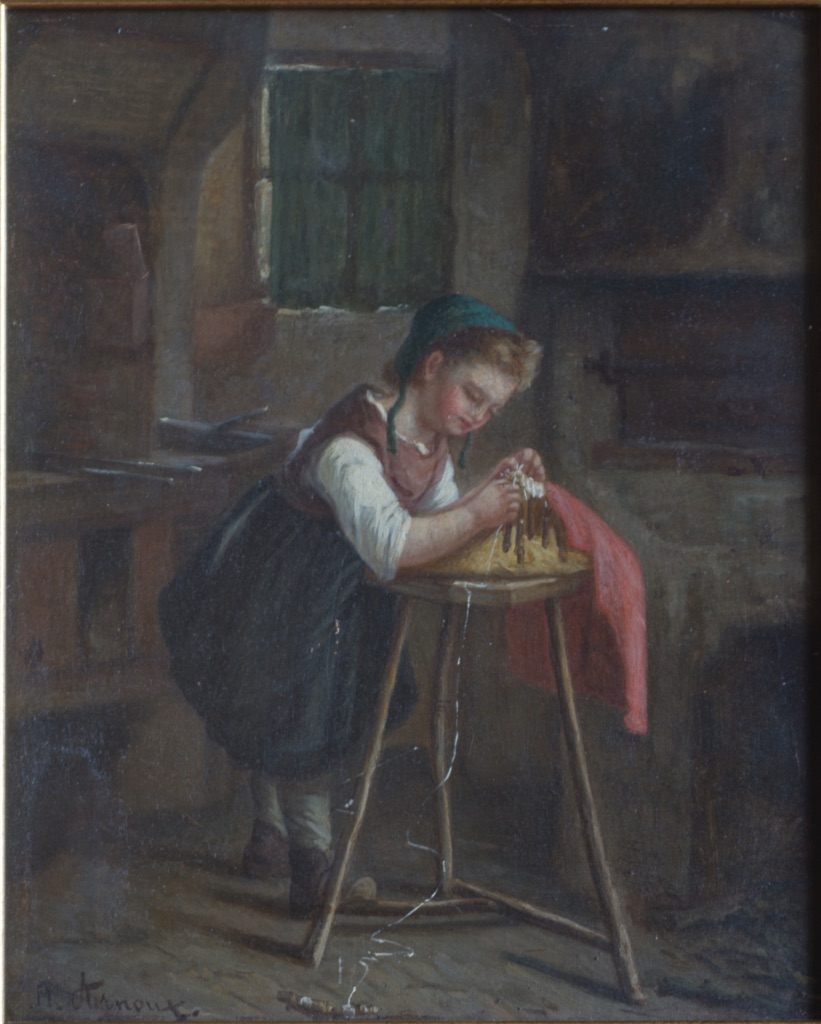 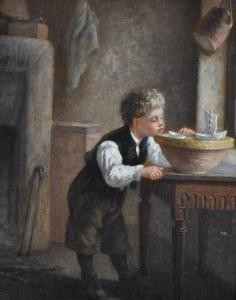