Born in Lugano, Switzerland, in the Italian-speaking part of the country, Luigi Chialiva is the son of Abbondio Chialiva and Maria Medina. His family, quite wealthy, was very involved in political life and was forced to go into exile in Mexico before returning to Italy. From 1842 to 1865, he lived in the Villa Tanzina in Lugano, where he met influential politicians such as Mazzini and Cattaneo.
At a very young age, he became a student of Gottried Semper, a political refugee in Switzerland. Between 1859 and 1861 he attended the Polytechnic Institute of Zurich and the studio of the landscape painter Antonio Fontanesi from 1861 to 1863 in Milan. During this stay, he met Richard Wagner who made a strong impression on him and whom he admired. This taste for architecture led him, a few years later, to join the Sézille house project, a house that still exists on rue du Maréchal-Leclerc in Ecouen, to ensure its decoration.
Although he was an architect in 1861, he gave up this profession in 1864 and became passionate about painting. He attended the classes of Carlo Mancini in 1863 and 1864 (although there is no record of his enrolment, no doubt because of the private nature of this teaching) and those of the Academy of Brera in 1864, where he exhibited that year. He participated in exhibitions in Milan and Turin. He presented his first painting, « The Herb Market« , in Castello Square in Milan, followed by fifteen others between 1865 and 1870. After having started as a landscape painter, he turned to animal painting.
In 1867, he enrolled at the Royal Academy of Milan to study the nude, a course that was to be very useful to him. It was also in 1867 that he discovered France, when he went to visit the Universal Exhibition in Paris with Ferdinand Heilbuth, an already renowned painter he had met in Rome in 1865. He would be one of his teachers from 1874 and also one of his executors.
Very gifted for painting, he obtained in 1868 the first prize of the Mylius foundation, where he exhibited a painting representing his farmyard. The death of his father, at the end of 1870, accelerated his desire to leave for France. It is known that he visited the exhibition in Turin with his friend Ferdinand Heilbuth. His arrival in Paris was around 1872. He became a friend of Edgar Degas, of Italian origin through his grandfather, with whom he had made friends in Rome. He was influenced by his painting and, as a proof of his know-how, he restored two accidentally damaged paintings « Interior » and « The Rape« .
Among his friends, he frequented a circle of Italian artists called Circula della polenta, which included, among others, Guiseppe De Nittis, who was sometimes joined by Emile Zola and the Goncourt brothers. It also rubs shoulders with Guiseppe Verdi. 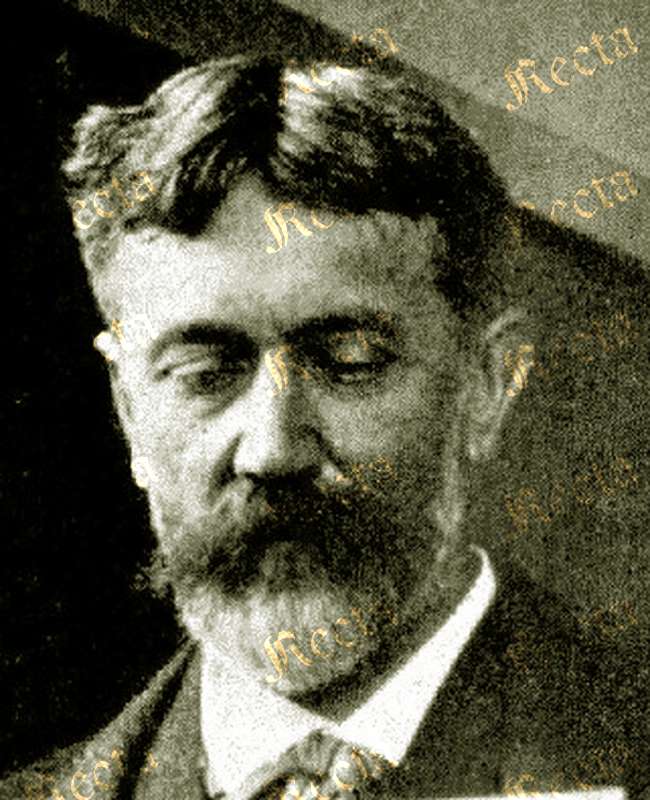 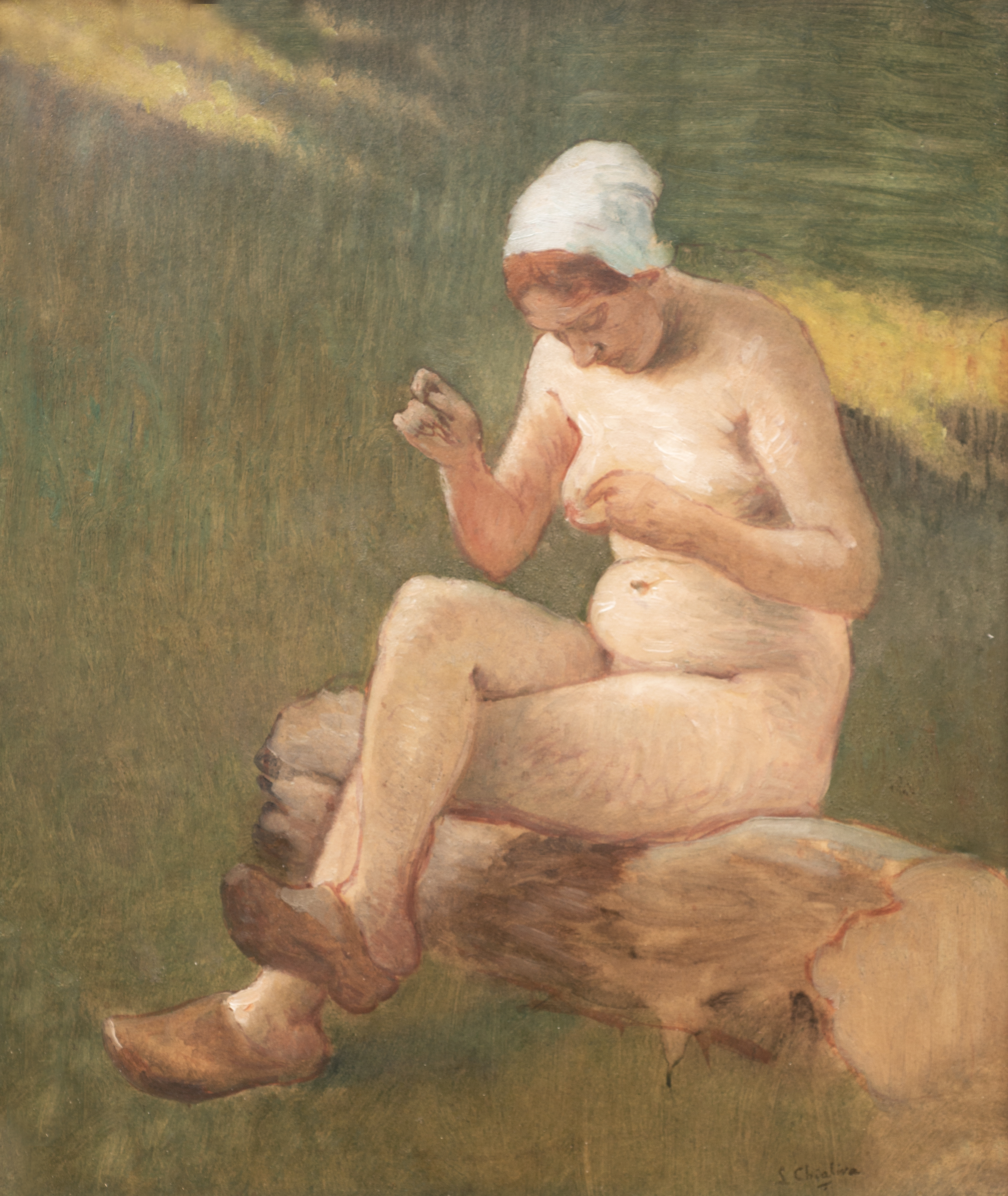 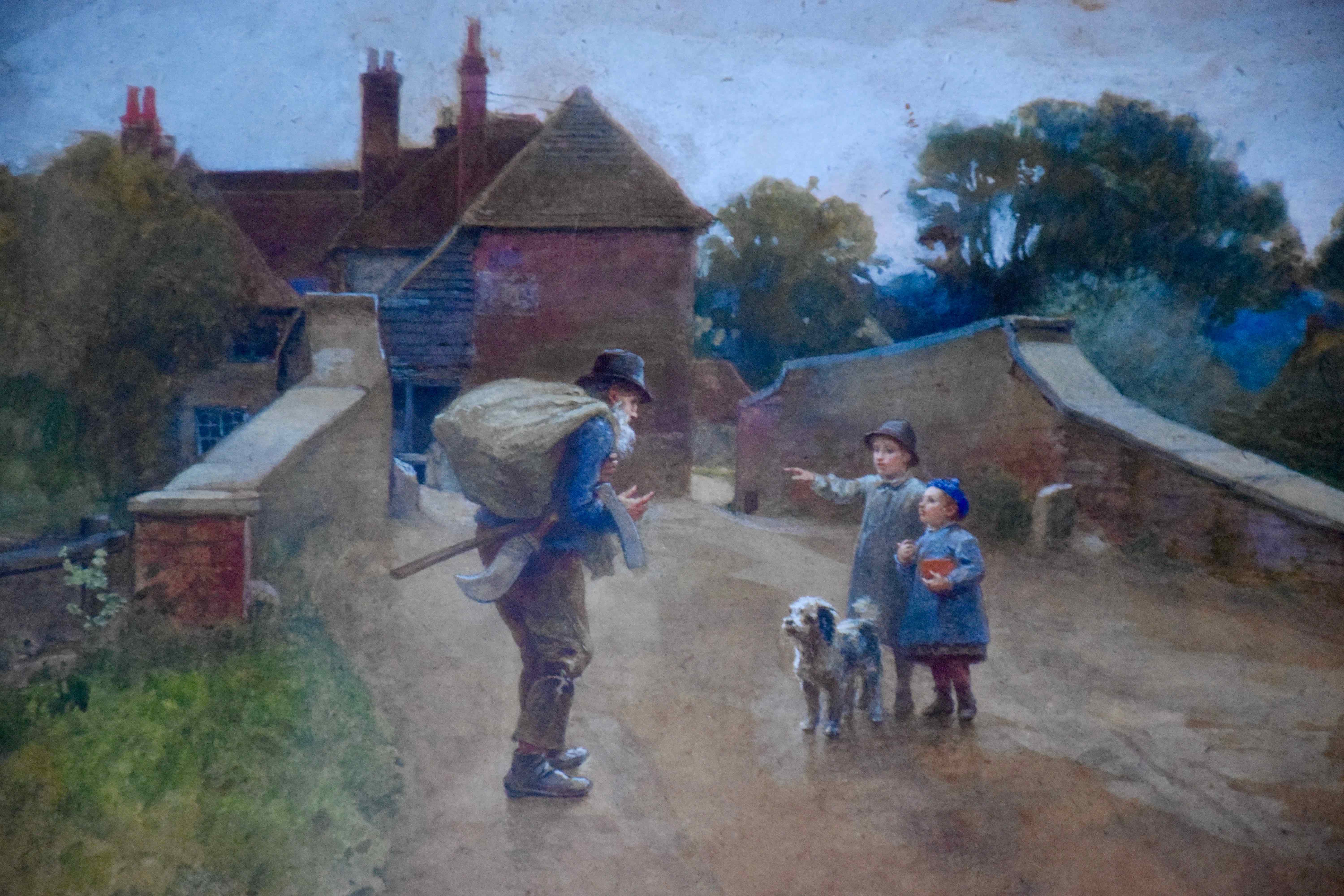