Born into a family where nothing predisposed him to an artistic career, Jules Veyrassat trained for four years at the Ecole Royale gratuite de dessin, notably with Henri Lehmann (1814-1882) and Austin Besson (1815-1888), devoting himself, at first, to painting.
As soon as he could afford it, he rented a modest room in Ecouen and became a student and friend of Pierre Edouard Frère. In 1848, at the age of 20, he exhibited at the Paris Salon.
Veyrassat began to paint landscapes in which he emphasized scenes of provincial life, especially rural life. Although he lived in Ecouen, it was often in Fontainebleau and Samois that he showed the plough and draught horses that were his main source of inspiration. He was also interested in the tow horse and a certain number of works were dedicated to it. No one else knows better than him how to stage it with a « great truth of observation ».
His engraving work in 1866 and 1869 earned him several medals. On September 6, 1870, he was elected member of the commission in charge of the conservation of national museums, alongside Honoré Daumier (1808-1879) and under the presidency of Gustave Courbet (1819-1877).
Veyrassat accumulated successes both as a painter and as an engraver. Although he never left his country, his fame spread all over Europe and he was probably better known in Great Britain than in his native country. It is regrettable, however, that while his painting is now appreciated, his etchings are still unknown. 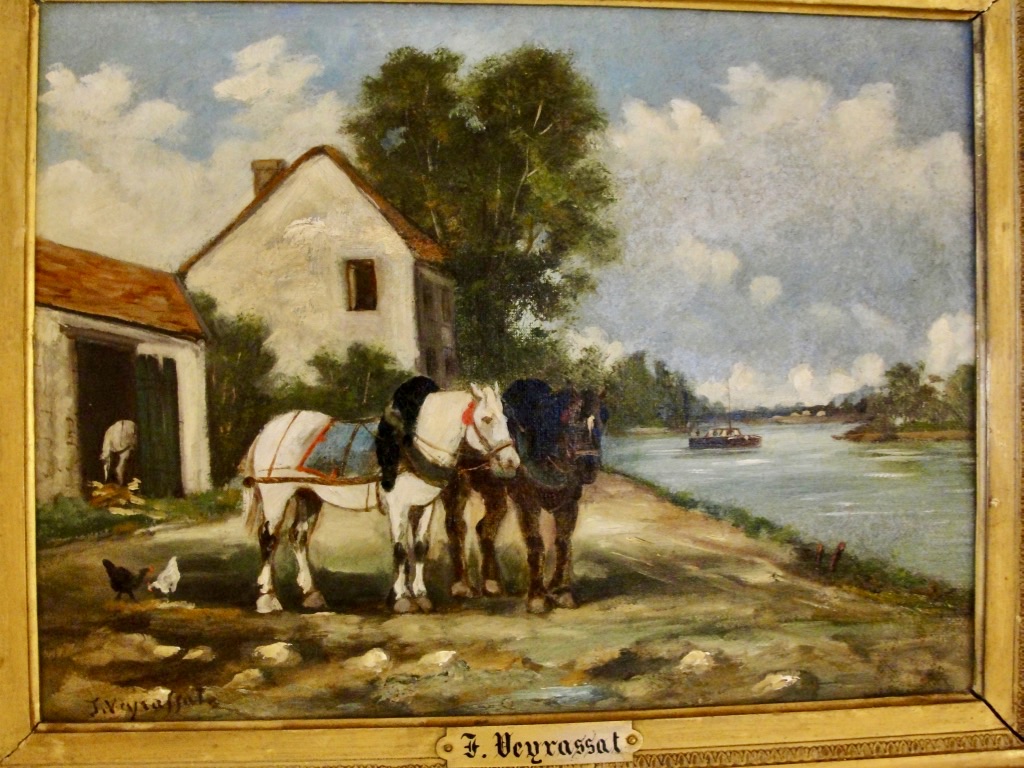 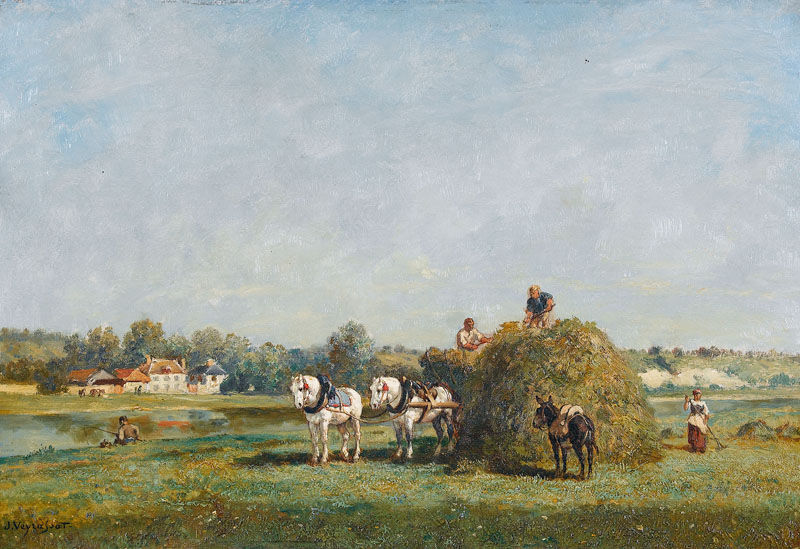 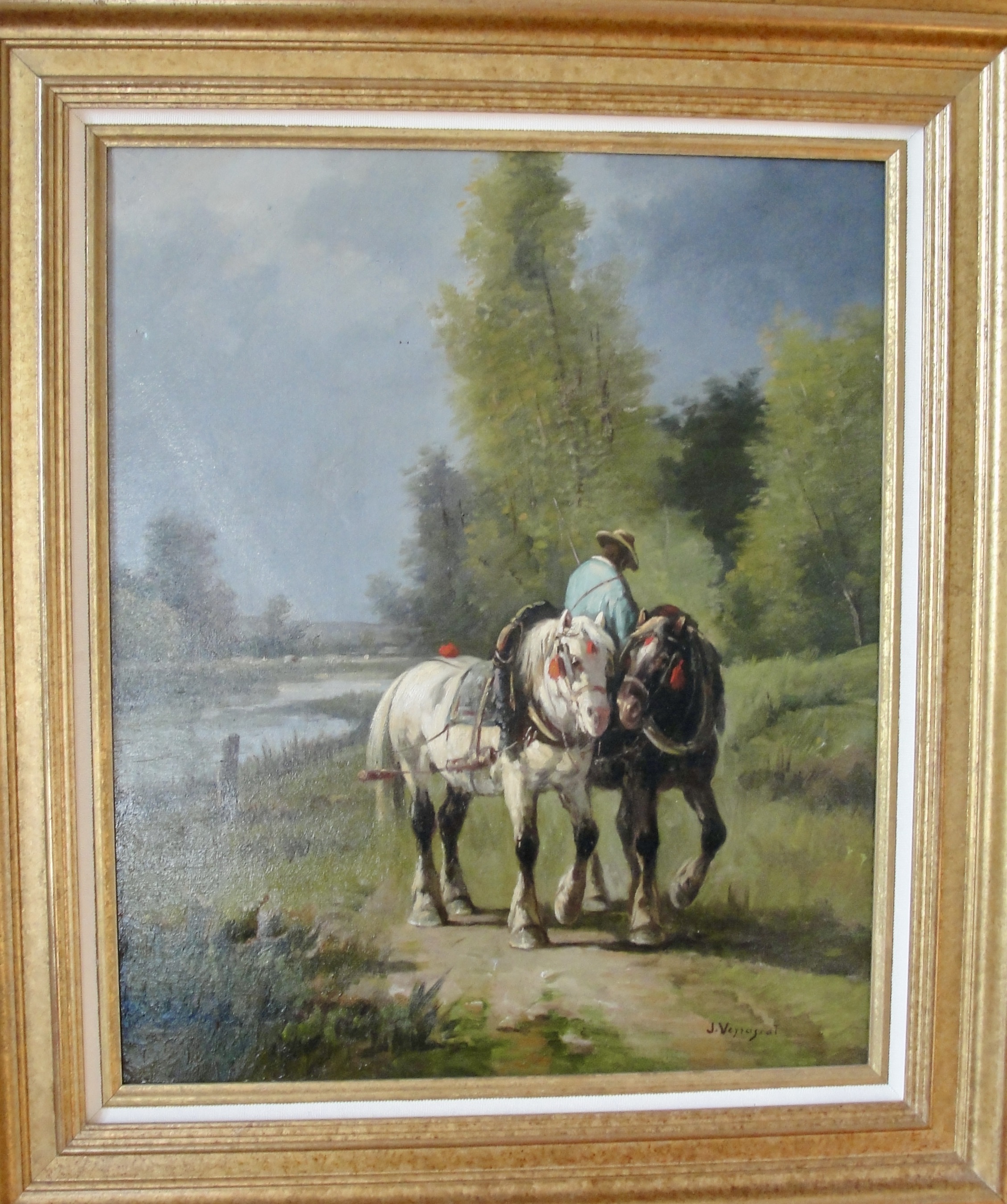 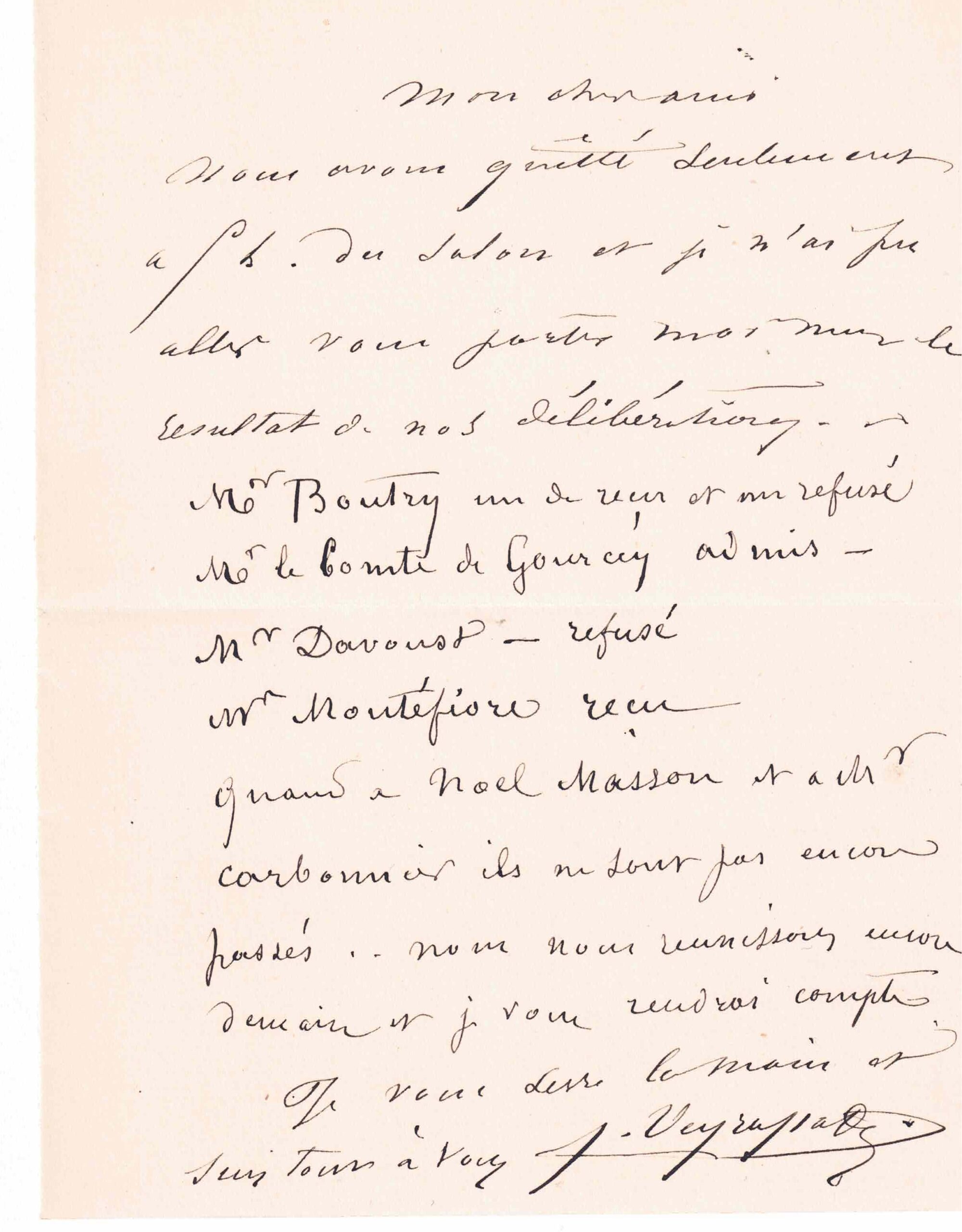