Jean-Pierre Haag is the son of Jean Haag, a German mechanic established in Elboeuf and Geneviève Maloizel. He was initially a member of the Norman painters; he also kept a property in the region.
He joined the Ecouen School in 1870 and settled at 29 rue de Paris (now rue du Maréchal Leclerc). He became a student of Pierre Edouard Frère and Léon Dansaert. Shortly afterwards he married Ernestine Juliette Confais. They had several children including Gaston. At their baptism, we find as witnesses the names of Théophile Emmanuel Duverger, Auguste Schenck or Charles Edouard Frère.
He exhibited in Paris for the first time in 1870, with a painting entitled « Interior of a forge in Villiers-le-Bel » and became known there especially from 1877. He was invited there until 1895. He also painted rural life, small trades, scenes of daily life. One of his works, « Gardeuse d’enfants en Normandie » was exhibited in 1980 at the Paris’s Grand Palais. It is now in the Louviers museum along with « Jeu de dominos » which was exhibited in London in April 1989.
In October 1875, with his wife, he rented a house at 36 Route de Paris – Amiens, where a painter’s studio already existed, adjoining the « alley to Boudet ». According to a journalist of the Journal du dimanche of July 17, 1902, he was also very erudite and interested in the heritage of his town: « He possesses precious documents on the castle which raises its imposing mass not far from his home ».
The painting « View of the galleries of the church of Saint-Ouen » was offered by his son to the city of Ecouen. 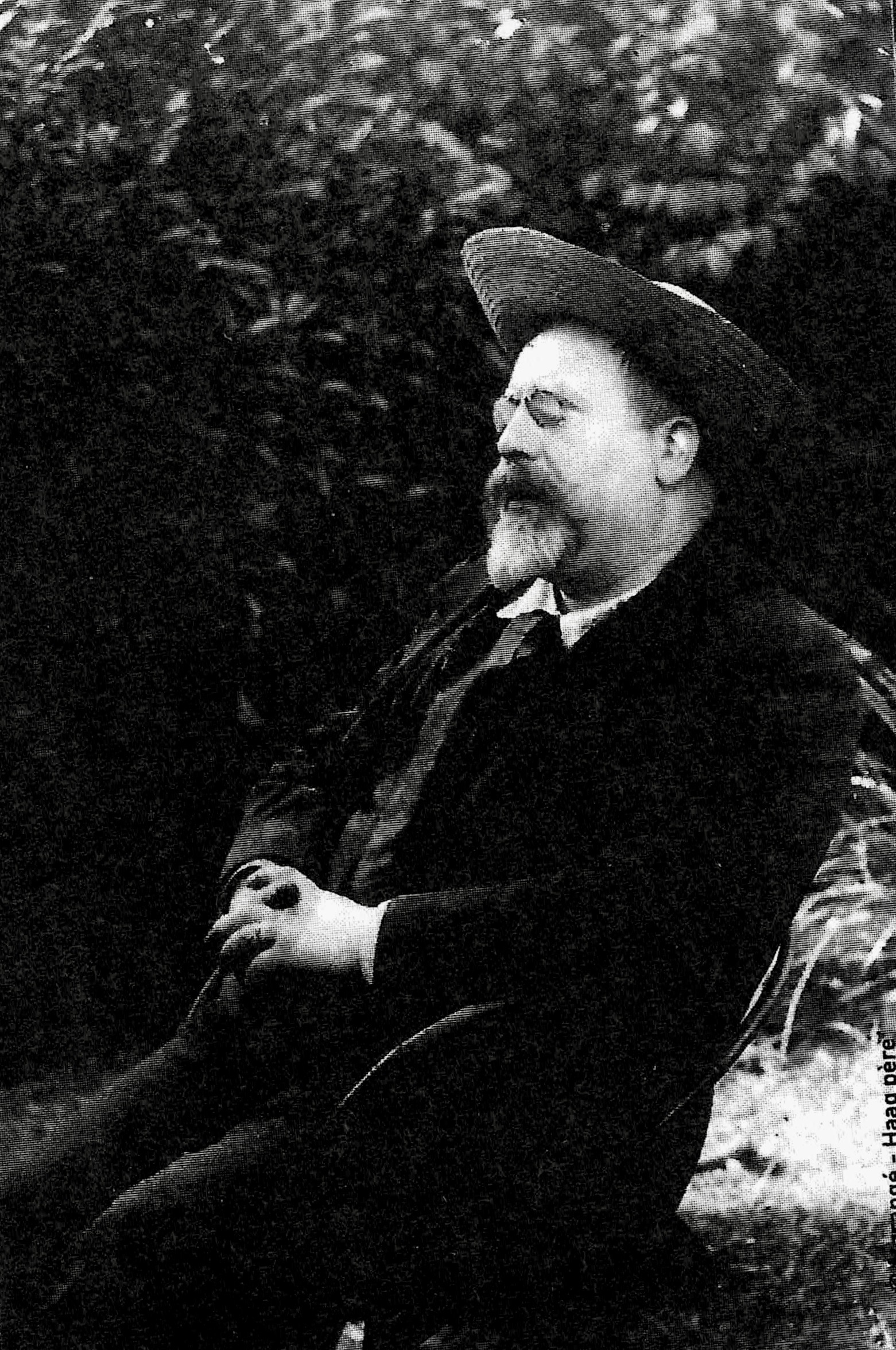 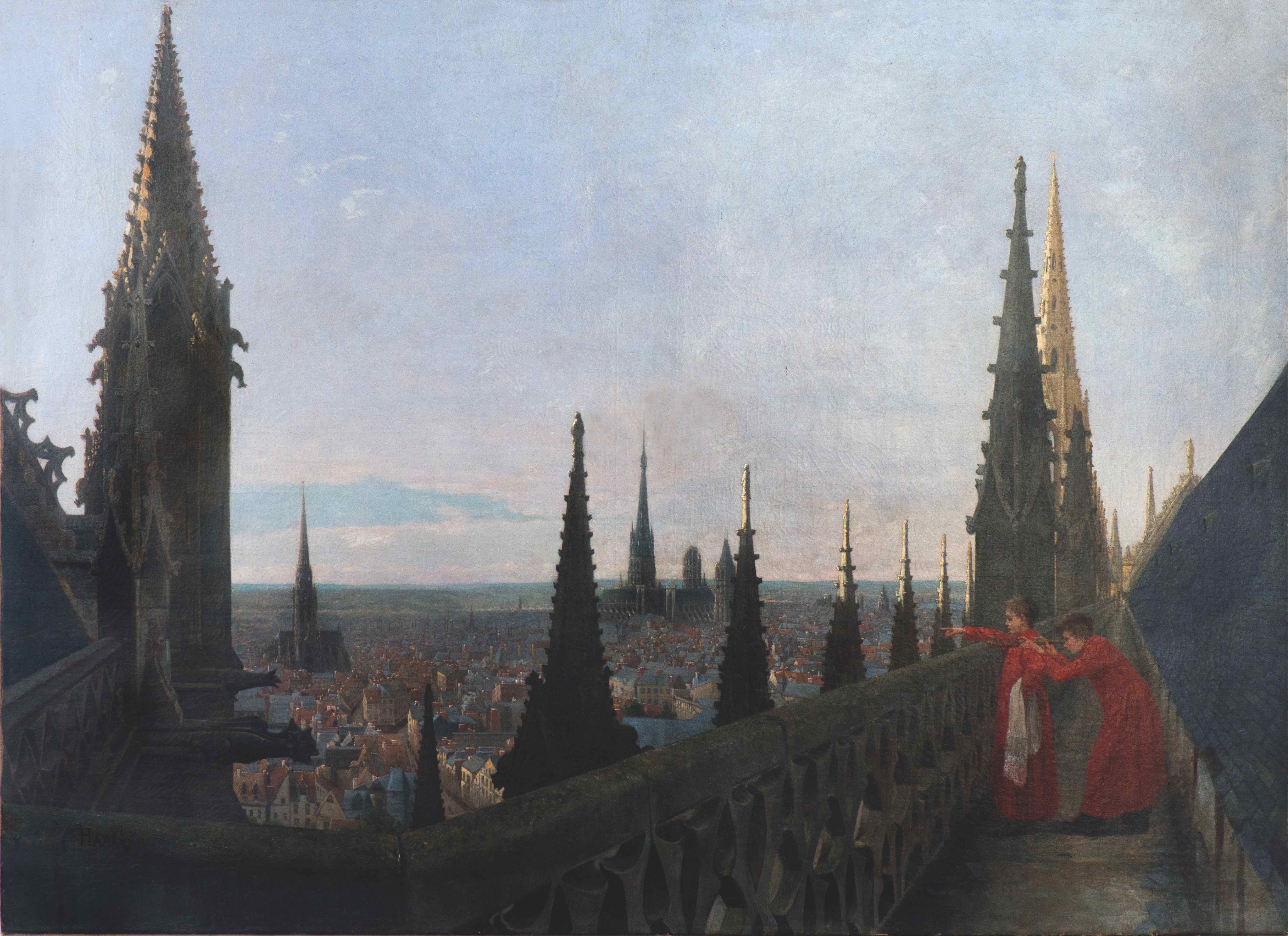 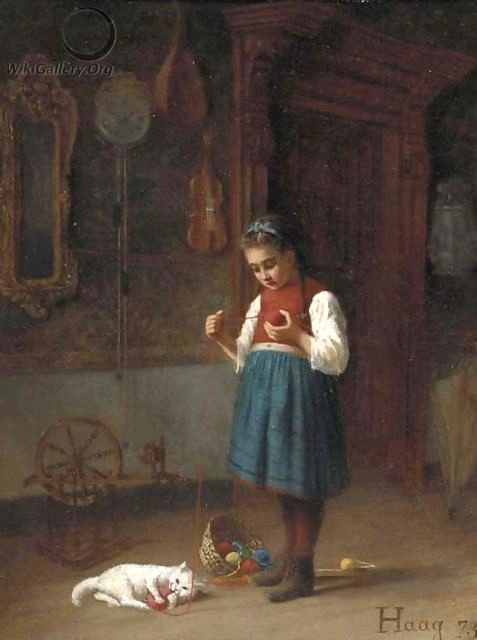 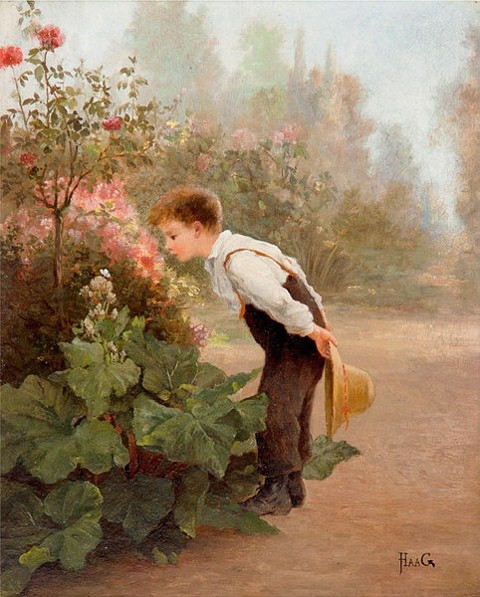