He is a genre painter. He was a student of François Édouard Picot. His presence in Écouen is noted at the beginning of his career, between 1850 and 1853, the year in which he exhibited for the first time at the Paris Salon.
In 1858, he signed as a witness at the wedding of a man named Gouffé with Rose Silliard, whose friend he was, according to the Écouen civil status document. He painted several rustic scenes in the open air, in a very naturalistic style. A sale at Drouot on December 10, 1910 shows that eight paintings contain the name of the town of Écouen in their title.
I is probably during this stay that he treated an original subject, such as Léon Dansaert‘s Cabaret de Ramponneau aux Percherons. 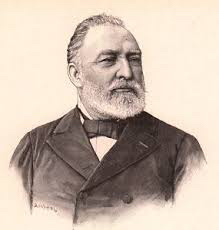 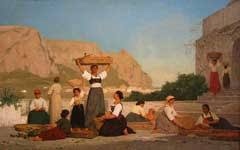