Charles Bertrand d’Entraygues was born in Brive (Corrèze County), in the heart of peasant France, whose atmosphere and décor would be decisive in the evolution of his artistic career. All his work will be centered, indeed, on the representation of modest interiors, family scenes and children’s games.
Altar boys, in particular, inspired him to paint many pictures in which gaiety and mischievousness are in dispute.
He acquired the first bases of his training at the Beaux-Arts of Toulouse before entering the workshop of Isidore Pils, in Paris. Pils was one of the artists who illustrated the horrors of the bloody siege of Paris and the destruction caused by the war. When he arrived, the city was still shaken by the Franco-German conflict.
After the death of Pils, d’Entraygues moved to Ecouen, where he lived for more than twenty years, for a time at 29, rue d’Ezanville, before moving to 5, rue de l’Union (now rue Aristide-Briand). He joined the painters’ colony (it is not known whether this was the reason for his choice of Ecouen). At the same time, he married Caroline Monnet, born in Villiers-le-Bel, next to Ecouen, around 1853, and had four children.
From the 1880’s, his reputation was based on his numerous representations of children, full of charm, humor and lightness. Like many of his colleagues, he also courted American collectors who represented a lucrative outlet for French genre painters.
There is one subject he is particularly fond of and which he treats many times with great happiness, that of altar boys.
In 1906, he left Ecouen to settle in Vernon, in Normandy, for a while and then moved to Biot, Alpes-Maritimes, where he died. 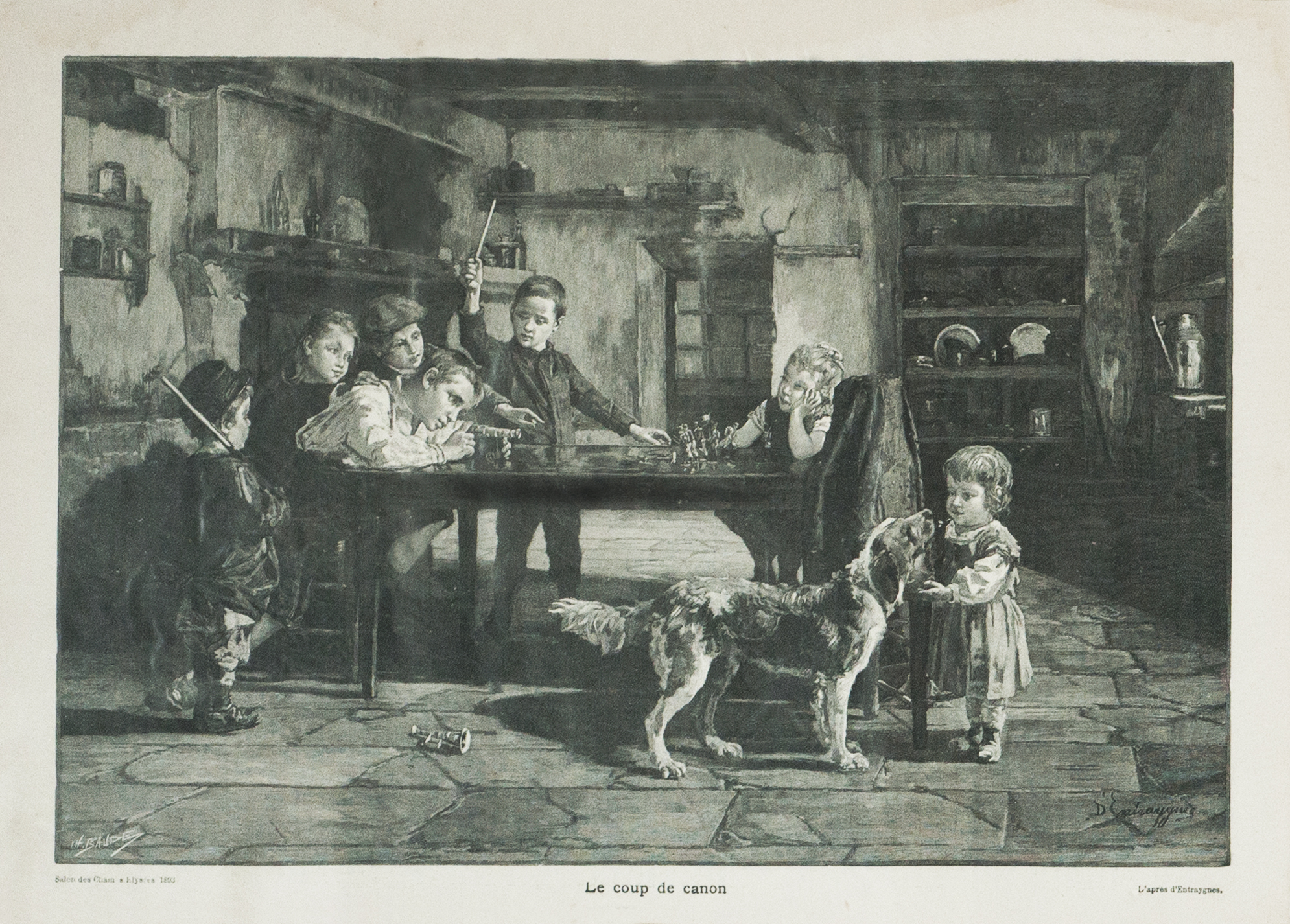 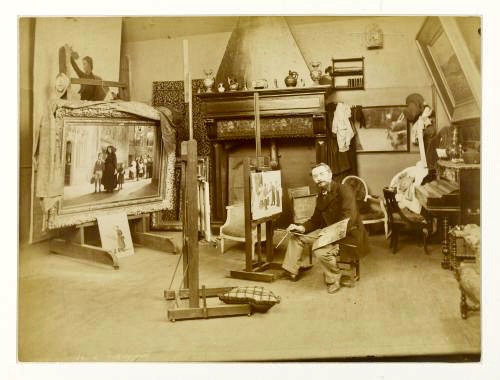 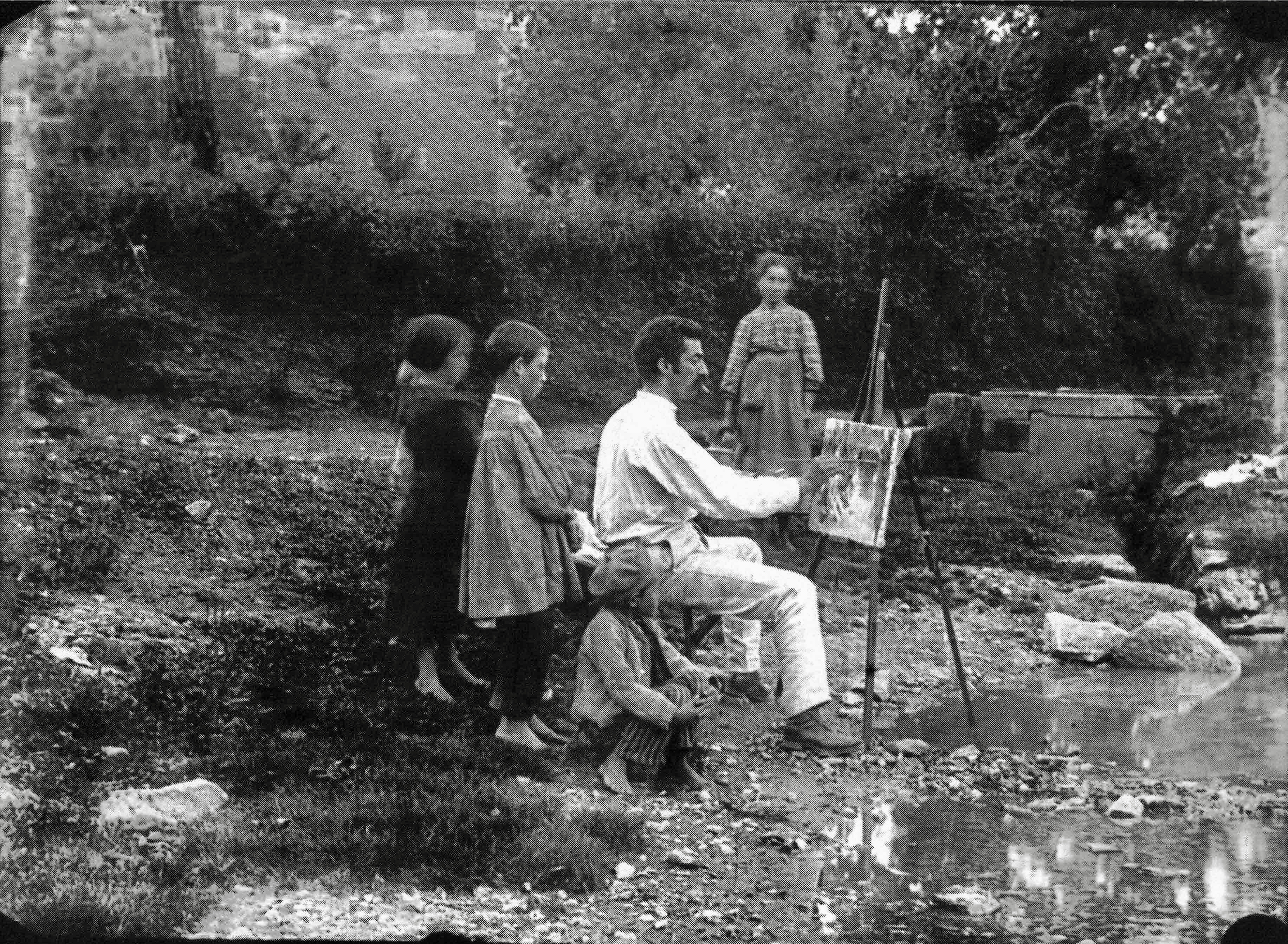 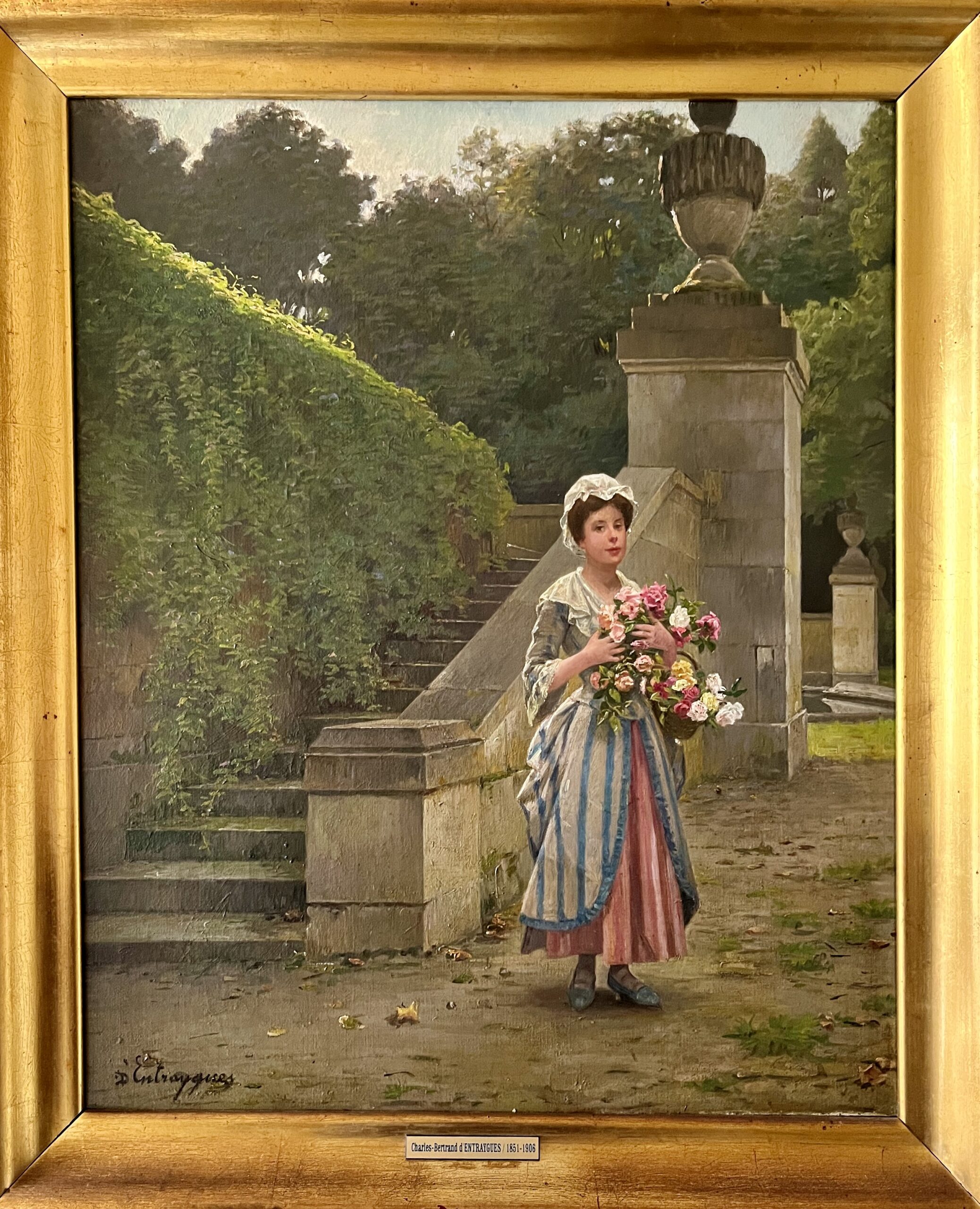