In 1857, Mr Fournaise, marine carpenter, installed his workshop in Chatou (South-west of Paris, along the Seine river) while his wife opened a restaurant next to it.
There will come a great deal of artists like painters or writers, specially Pierre-Auguste Renoir who painted, in 1880, from the restaurant balcony, his famous painting “Le déjeuner des canotiers” (The oarsmen lunch).

After being almost in ruins and bought in 1979 by the city of Chatou, the Fournaise house, was totally restored. Today, it displays in its museum, between two original temporary exhibitions, many art pieces of its own collection.

This year, from May 5th to November 4th, the exhibition “L’âge de raison vu par les peintres au XIXème siècle” (Age of Reason seen by the 19th Century’s painters) will be shown at the Fournaise museum.
Part of it will be an Andre Dargelas painting “L’aide à la Grand-mère” (Helping the Grand-mother) belonging to one of our Association’s member.
For the first time, a School of Ecouen painting will be part of an internationally recognized museum temporary exhibition.
During the time of this exhibition, a conference concerning the School of Ecouen will probably be done by our President, Christian Dauchel. Date to be confirmed.

As soon as it opens, we invite you to visit this beautiful and very interesting exhibition. 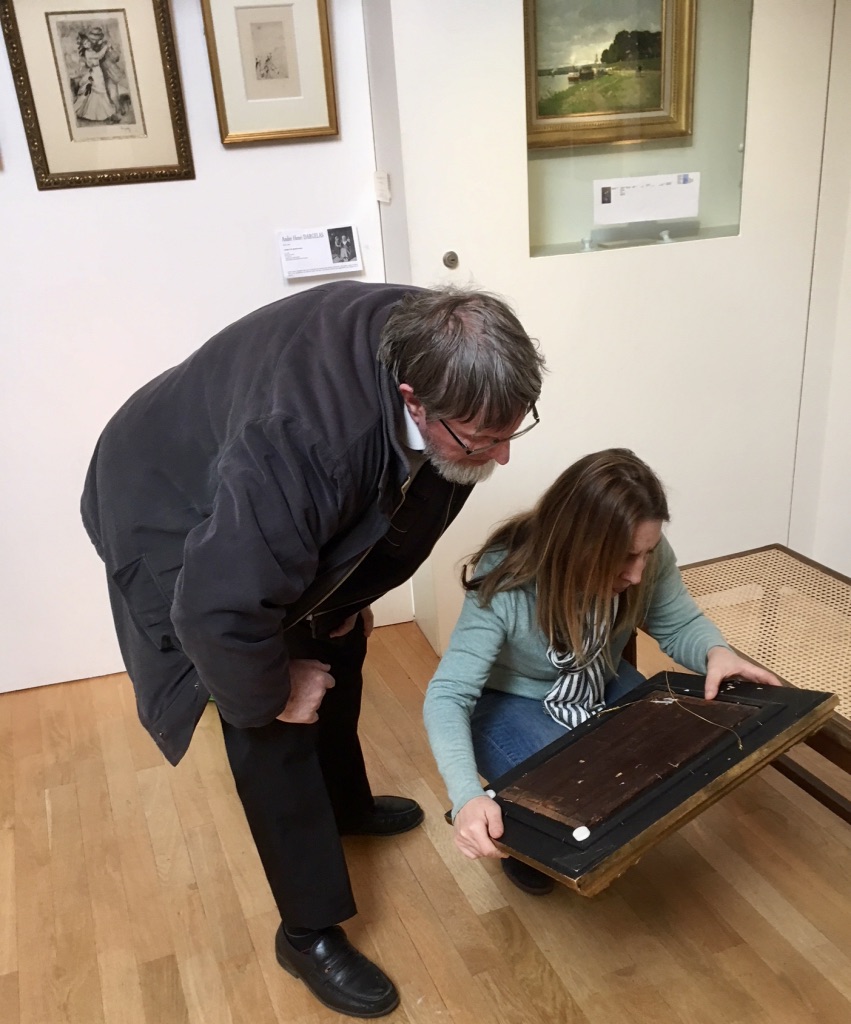