Thomas Couture (1815-1879), well known painter at that time, owned a little castle in Villiers-le Bel, a village next to Ecouen. It was a large property of 3.4 hectares (8.4 acres) including his workshop.

Living near by, Thomas Couture had a lot of connections with the Ecouen group of painters, specially with Pierre-Edouard Frere.

We know Thomas Couture was an advised collector of art pieces but we don’t know the detail of his collections.

In a letter dated September 17 of 1870, he reported seing three horsemen. They were Prussians under the Colonel von Pressentine’s authority. They had the order to take over his property. Later on, it has been totally destroyed, including his collections and workshop.

Thomas Couture and his family found shelter in the Ecouen castle, managed by nones teaching in the school of the « Legion d’honneur » for young ladies. There, he reported to the Prince of Wurtemberg and the Général von Kessel complained concerning his physical harsh situation due to the invasion.

An interesting anecdote: Trading it against some blankets, he did the portrait of a young Lieutenant named von Hindenburg who did a prestigious career in the German army. 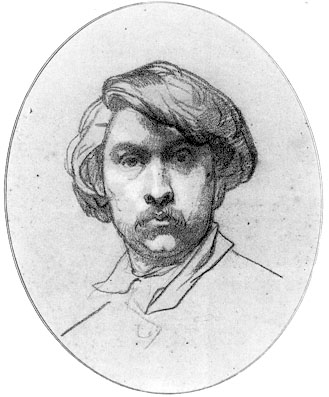 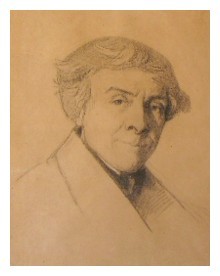