The beautiful story of the paint tubes.

Until the 19th Century, painters were preparing their colors on their own, using powder pigments from vegetal, mineral, chemical or animal origins. Maurice Utrillo (1883-1955) used white pigeon’s droppings to paint his Montmartre buildings. They had to mix the ingredients in pots, using a bonding agent like gum Arabic, glue or egg yolk.
Some painters were storing their mixtures in pig bladders, which was not very user friendly.
John Goffe Rand (1801-1873) was an American painter and inventor. He lived and worked in Boston, London, and New York. Rand invented and patented the first collapsible artist’s paint tube closed with a clamp.
The tin tube allowed unused oil paints to be stored and used later without drying out. In 1841, Rand patented the invention with the United States Patent Office. He went on to patent several later improvements.
In France, the Lefranc Company made the invention popular, improving the closing system with threaded caps.
Then, the artist could travel in the country, painting “on site” with their palette, tubes and folding easel like the one visible in the bag of Courbet (1819-1877) shown on his painting “Bonjour Monsieur Courbet” (Have a good day, Mister Courbet).
Renoir (1841-1919) said: “Without tubes of paint, there would have been no impressionism. 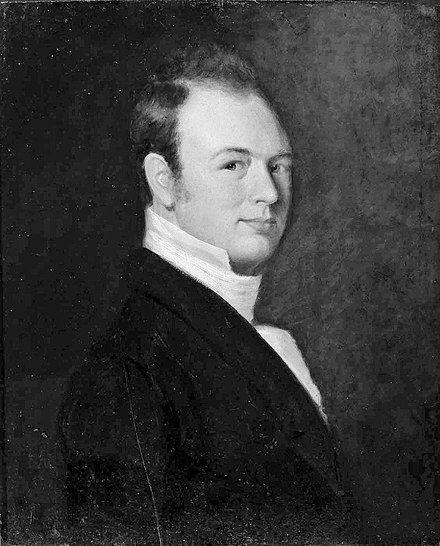 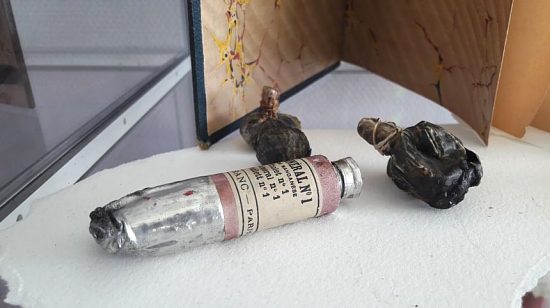 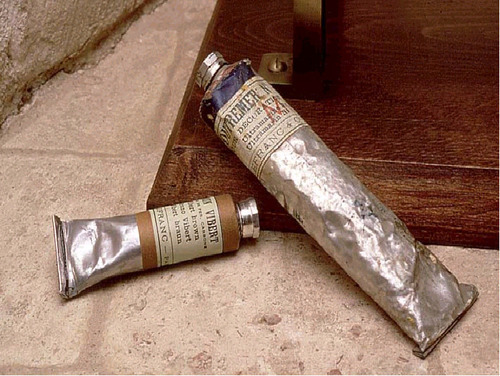 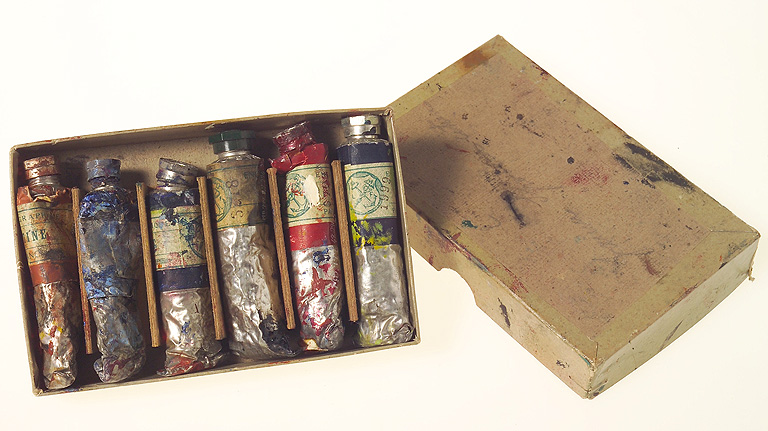 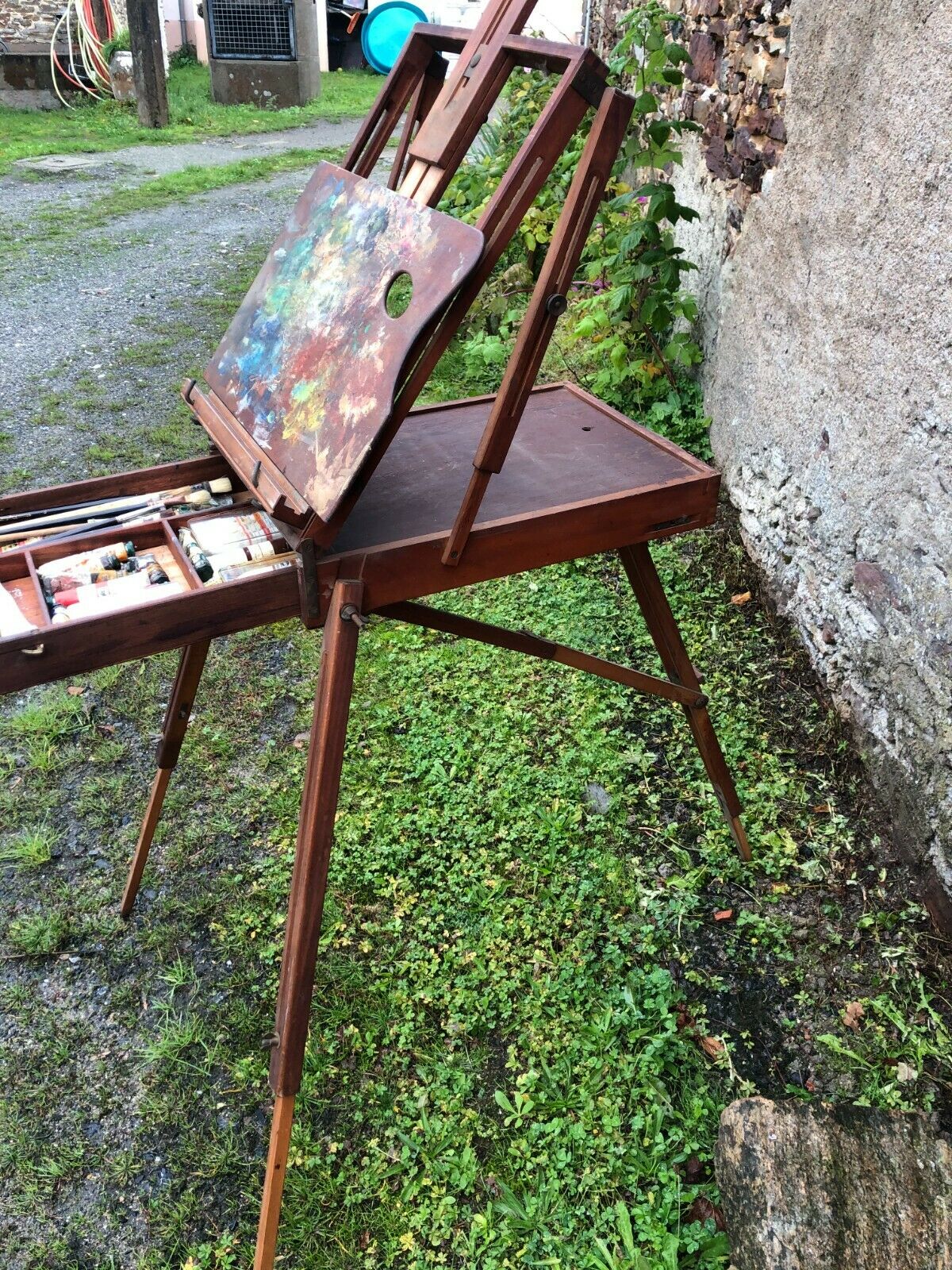