The engraving of a Jean-Pierre Haag (1842-1921) impressive painting is on display at the Bordeaux Goupil museum. It is shown, as well as many other Écouen’s painters art-pieces, on the last book of the Épinal pictures museum. Hanged on the wall, on the painting background, we can see a serial of 40 Épinal pictures made by Pellerin in 1830 and showing some of the Napoleon 1st battles. This painting did not received praises only.
As an example, in his April 30th 1893 diary, Felix Féreon did not like the chosen subject and wrote, in a slang language of his time:
Boring, the work of Jean-Pierre Haag! A stupid old fart has tired so much the inhabitants of his village, he now has to bother its very young children. He speaks to them, showing his wood peg, saying “Yes, young kids, I lost my leg at the battle of Lützen but, by the evening, we were victorious”. What did you gain from this? stupid old fart! If, at least, you would lend it to the kids, they could play with it, stupid old man!. 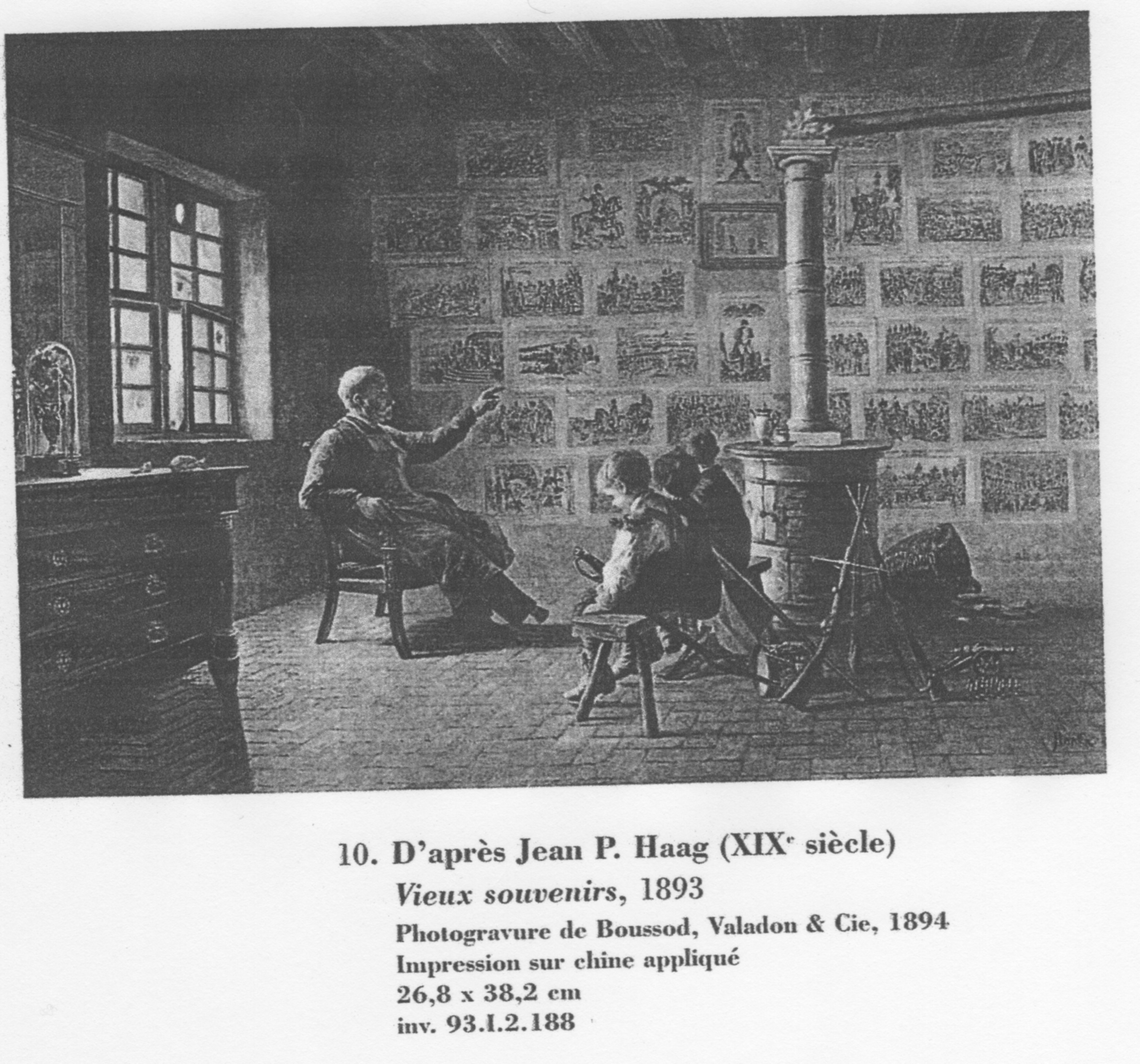